If you’re looking for a research project, here’s a great one for you! See if you can add anything new to the existing information about the Boué Soeurs, the pair of French sisters who designed this lingerie-style dress intended for a young girl. 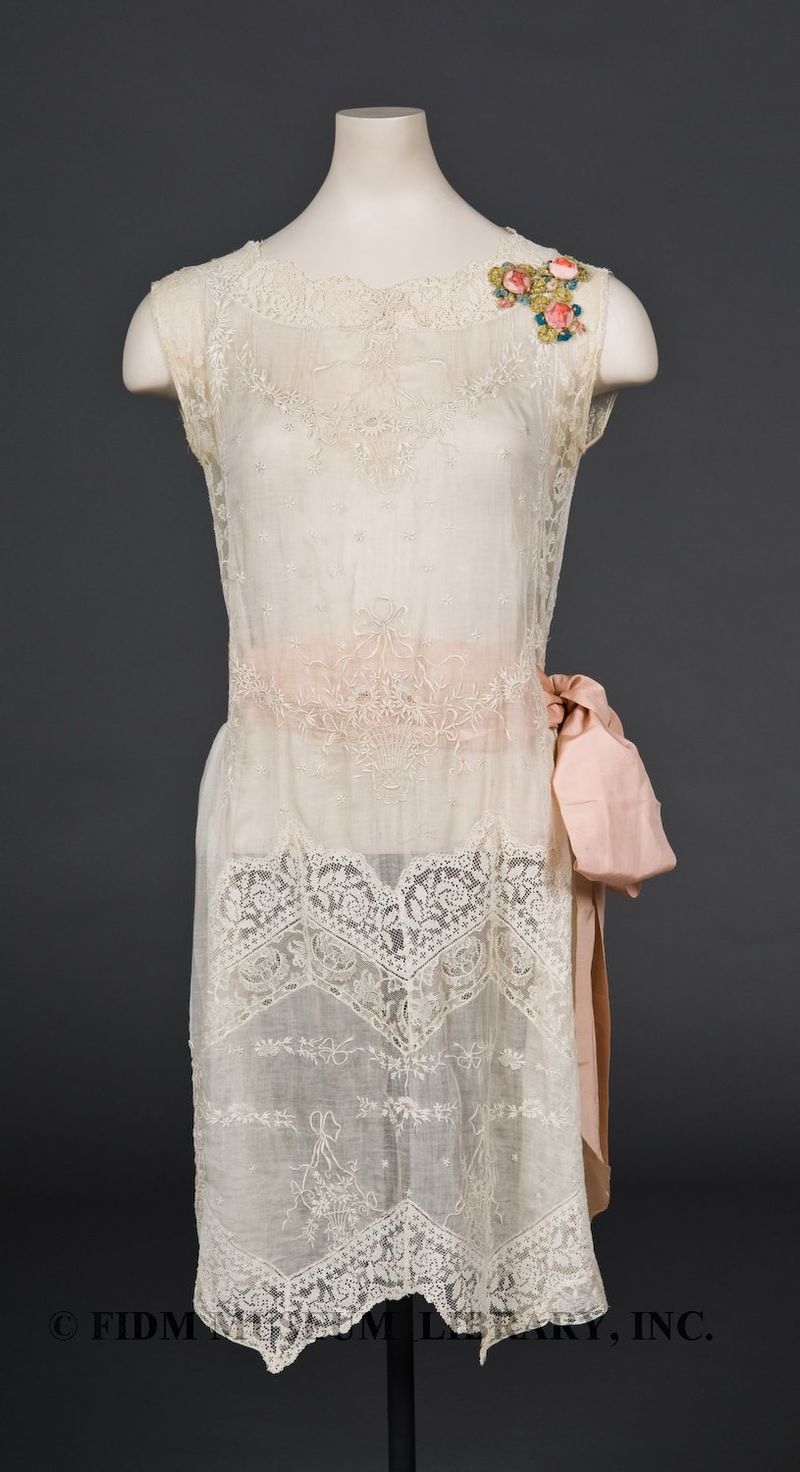 According to the very few available sources, sisters Madame Sylvie Montegut and Baronne Jeanne d’Etreillis worked together under their maiden name Boué. Opening first in Paris in 1899, the sisters later opened a branch store in New York. Their designs were extremely feminine, incorporating fine hand-made lace and delicate embellishments such as embroidery and the ribbon flowers seen on the FIDM Museum example. Filet Boué, a floral patterned lace worked on a mesh ground developed by the Boué Soeurs own lacemakers, became a signature of the house. The sisters were also noted for use of gold and silver textiles, which they had to purchase from theatrical supply companies. This same source suggests that Boué Soeurs went out of business in the early 1930s.1 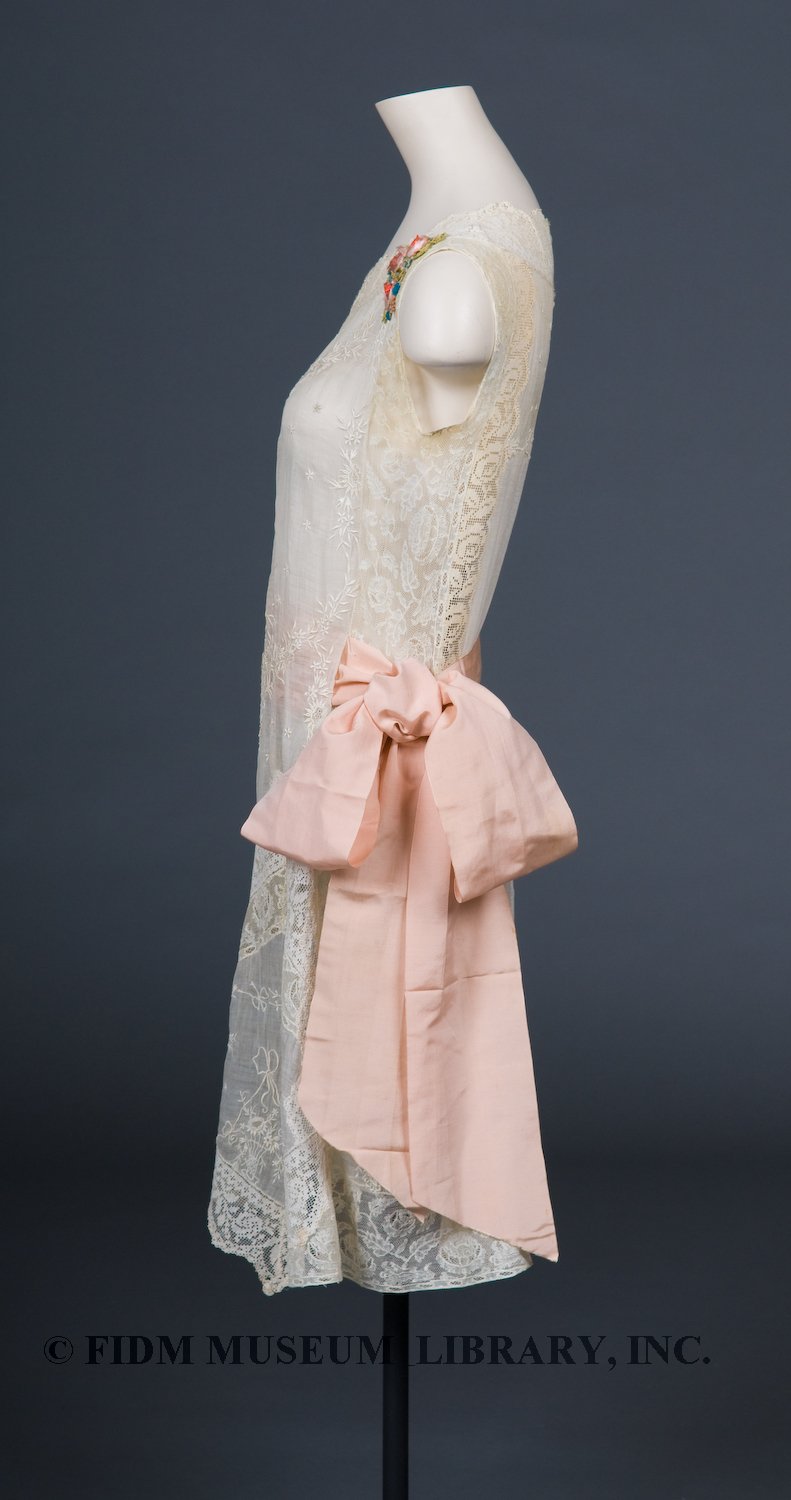 A search of historic newspapers using the research database Proquest (thank you FIDM Library!) revealed some tantalizing details and gave a somewhat more complete picture of their career. In 1915, Madame la Baronne d’Etreillis opened the New York branch of the Boué Soeurs. In December of 1915, the Boué Soeurs ran afoul of United States Customs and Immigration for importing between 50 and 100 French dresses without paying the required taxes. Immigration became involved because Boué Soeurs attempted to bring a group of workers from France into the United States without the proper documentation. In July of 1916, charges were dropped after both Boué sisters spent a day in jail and the company paid a fine of $2,500. Rather than spending 24 hours in an actual jail cell, the sisters were allowed to do their time in an unused office.

According to the articles unearthed via Proquest, Boué Soeurs were actually in business until the mid-1950s. Their Paris salon closed during the years of World War II, but was reopened in 1948 before shuttering permanently in the early 1950s. The New York branch remained open longer, probably closing sometime in 1956. Press coverage reveals that the Boué aesthetic was remarkably consistent. Favoring soft colors such as pale blue, coral and cream paired with their trademark laces and metallic accents, the Boué aesthetic was always dainty, feminine and decidedly romantic. Garment sketches reveal that the silhouette of their garments changed with the times, while fabric and embellishment helped maintain the characteristic Boué look. A 1931 Los Angeles Times article claimed that the “Boué Soeurs always have stood for the elegant, the artistic and the feminine in dress.”2 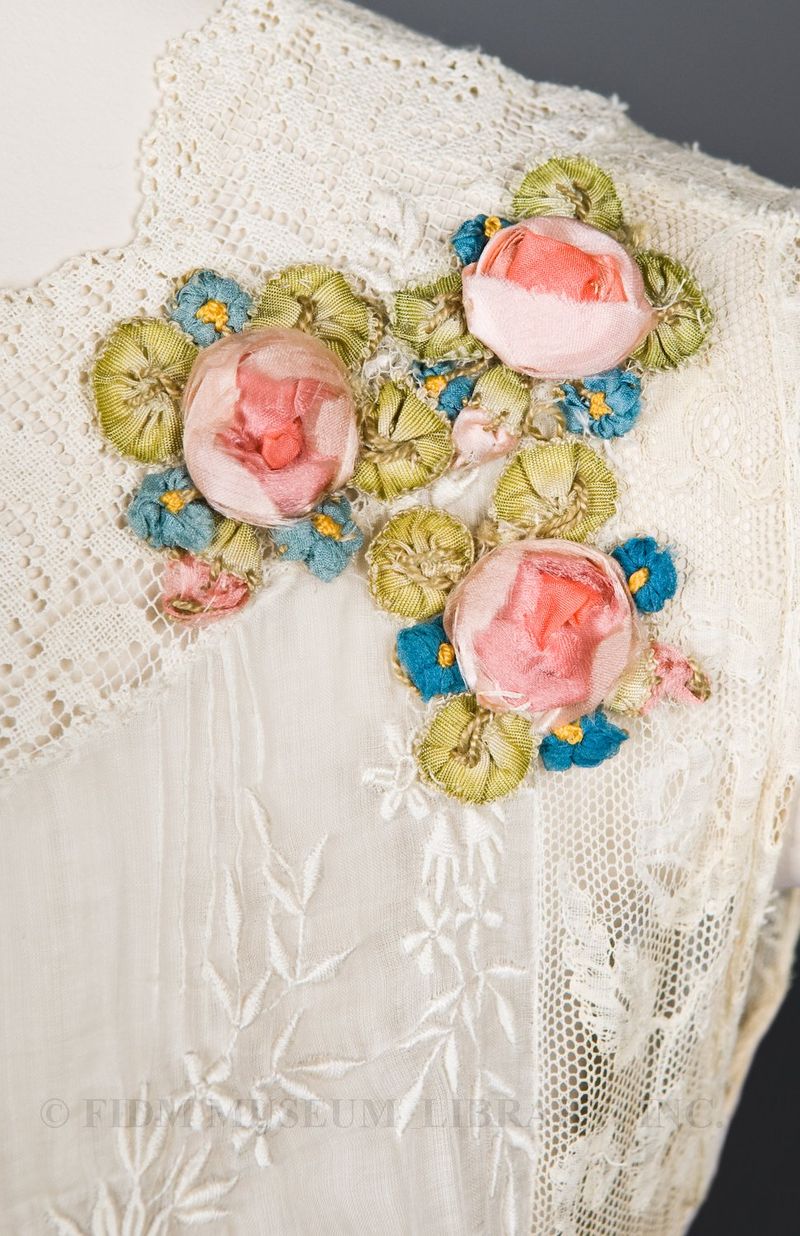 Due to their extensive use of hand-made laces and sumptuous fabrics, Boué gowns were very pricey. In 1926, The Washington Post posed the question, “How many dollars worth of clothes can a woman wear at one time?”3A young female reporter was sent to New York to answer this question. She purchased a Boué Soeurs evening gown of white velvet with a Venetian lace underskirt, ermine-trimmed collar and a cascade of ribbon roses at the left shoulder for $2,000. According to this currency converter, that would be approximately $25,000 today. By the end of her shopping spree, the reporter had spent $53,275 (about $650,000 today) on all the elements of a complete evening ensemble. 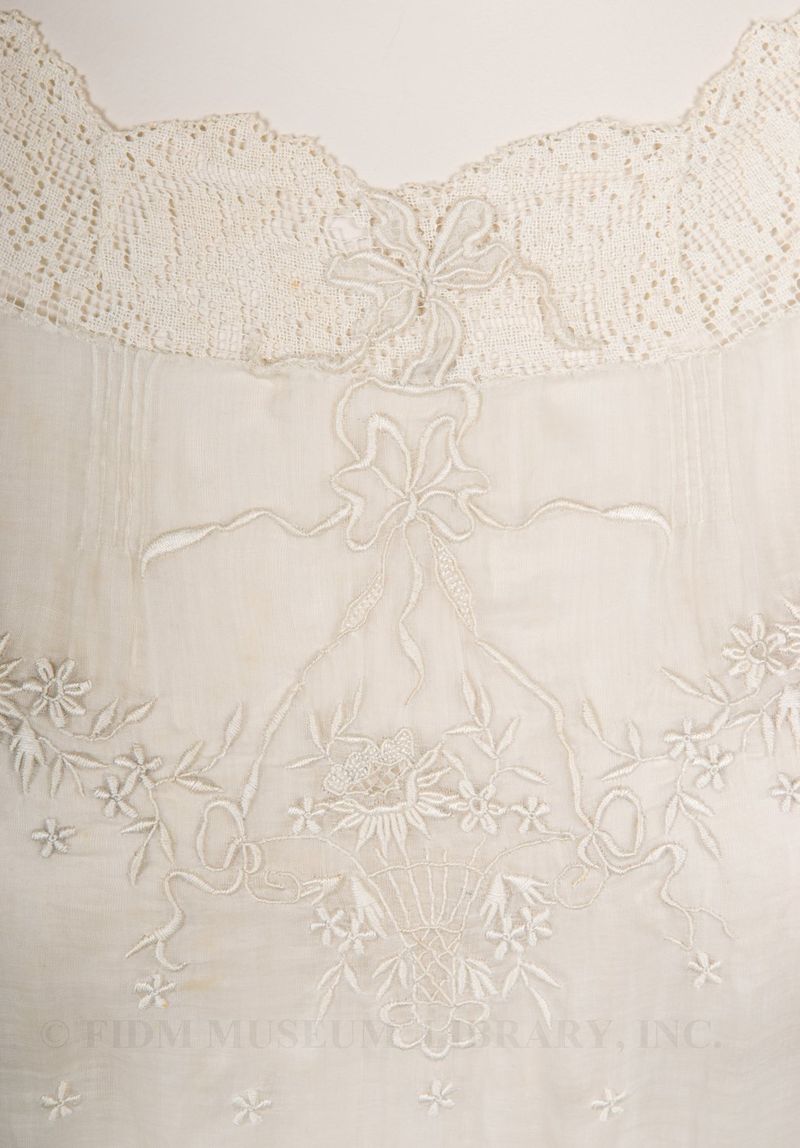 Though they continued to design throughout the 1940s and 1950s, the Boué Soeurs aesthetic did not develop beyond that which was popular in the 1920s and early 1930s. In 1946, they presented a robe de style, a style of dress popular in the 1920s. Coverage of a 1956 fashion show called their designs decidedly nostalgic and indicated that most of the audience members were older women who had a long-standing relationship with the house. There was no mention of the sisters after 1956, which is long after the 1930s end date proposed by academic sources.

The Boué Soeurs are just one example of a formerly important design house that has passed into obscurity. As suggested by what we were able to find on the Boué Soeurs, there are many fascinating stories out there, waiting to be told. Let us know what you find, as we are always interested to hear about ongoing research projects!