In the 20th century, the tailored suit became a standard uniform for professional working women. Consisting of a jacket and skirt in matched or closely coordinated fabric, it developed in the late 19th century as an evolution of specialized garments worn for outdoor activities such as horseback riding, croquet and bicycling. Like its sporting predecessors, the tailored suit had a function: it served as a professional uniform for the newly emerging class of women who worked outside the home as educators, social workers and clerical employees. Tailored suits were also worn for leisure activities like travel or an afternoon promenade. With styling borrowed from menswear, most tailored suits featured solid colors and a minimum of decorative trim. 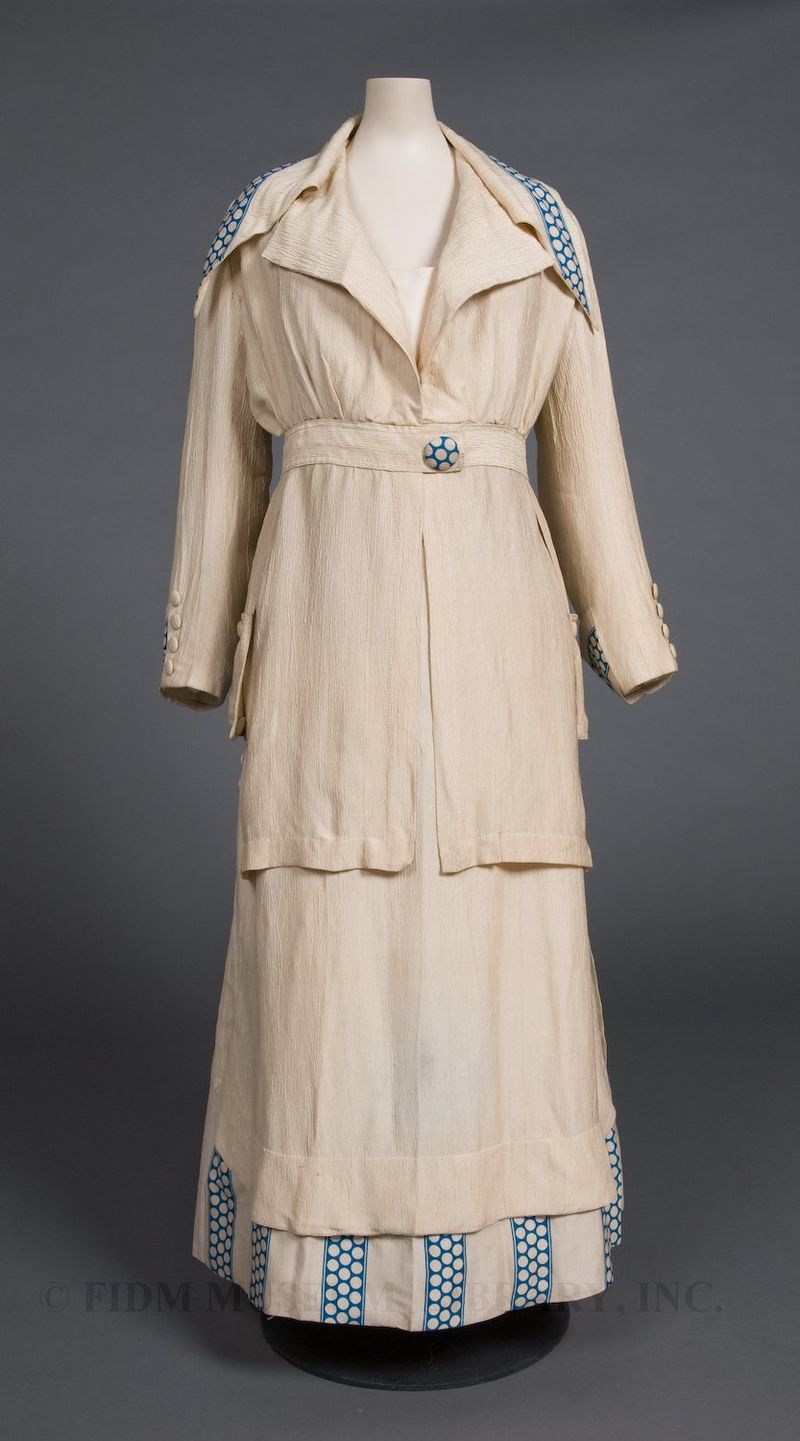 Gift of the Manlove Family

In February 1912, Harper’s Bazaar approved the appearance of women’s suits cut on “mannish lines” by noting that “so many occasions arise when just such a suit is the only appropriate thing to wear.” The empire waist and tunic bodice of this “mannish” silk suit are typical of garments from about 1912-1914. The blue and white color combination and button trim are reminiscent of a sailor’s uniform, as is the extended collar. With its military styling, this suit is an early indicator of the popularity of the tailored suit during the years of World War I, when it would become a sign of patriotism to adopt a sedate tailored suit as everyday dress. 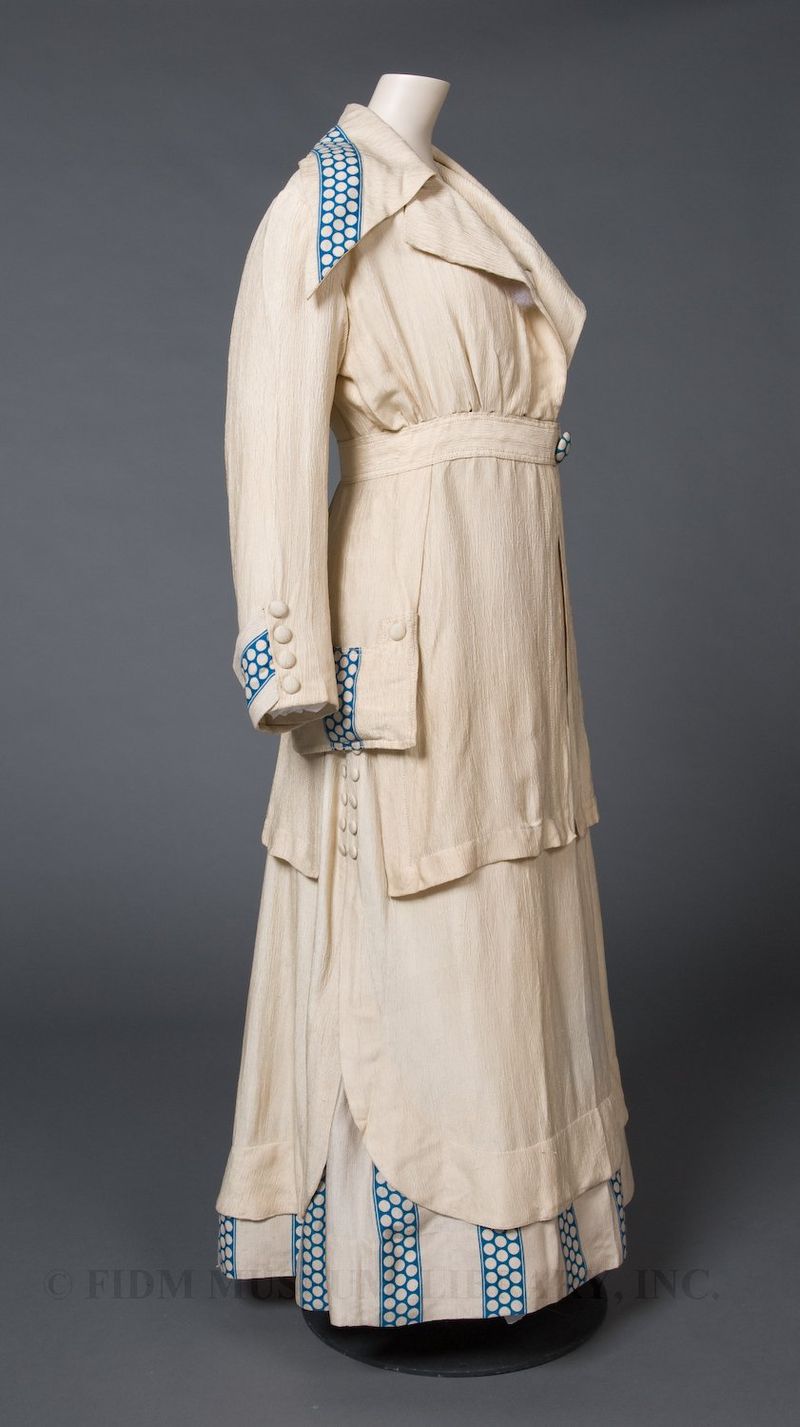 By mid-century, the tailored suit was an important component of the feminine wardrobe. No longer associated with masculinity, tailored suits were cut close to the body and showcased the feminine form. During the 1940s, Adrian designed notable suits with an innovative use of fabric patterns to create subtle details. The slim silhouette and squared shoulders of this black, white and blue wool suit are classic Adrian styling. Adrian firmly believed in this strong silhouette, declining to modify it even when Christian Dior’s slope-shouldered, full-skirted New Look silhouette appeared in 1947. As a designer, he “refused to be bullied” by the New Look and encouraged women to “ignore the dictates of those minds.”1 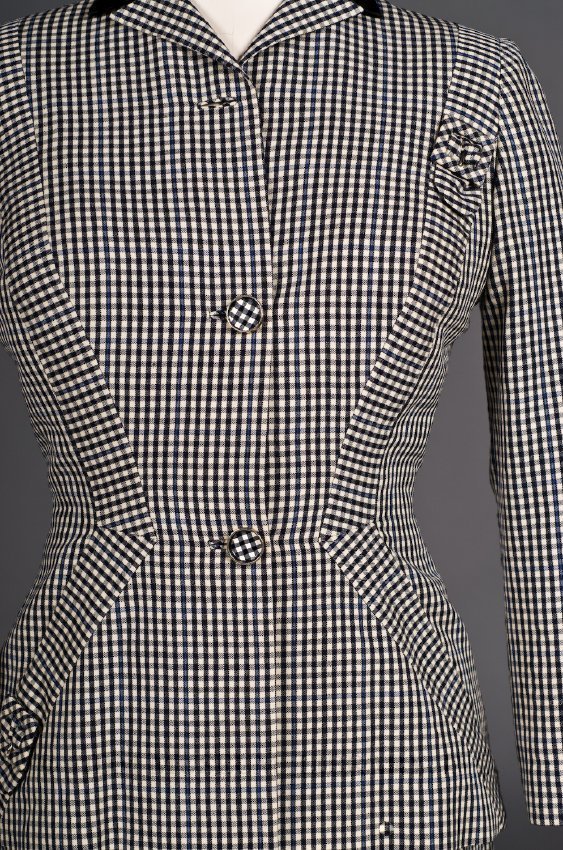 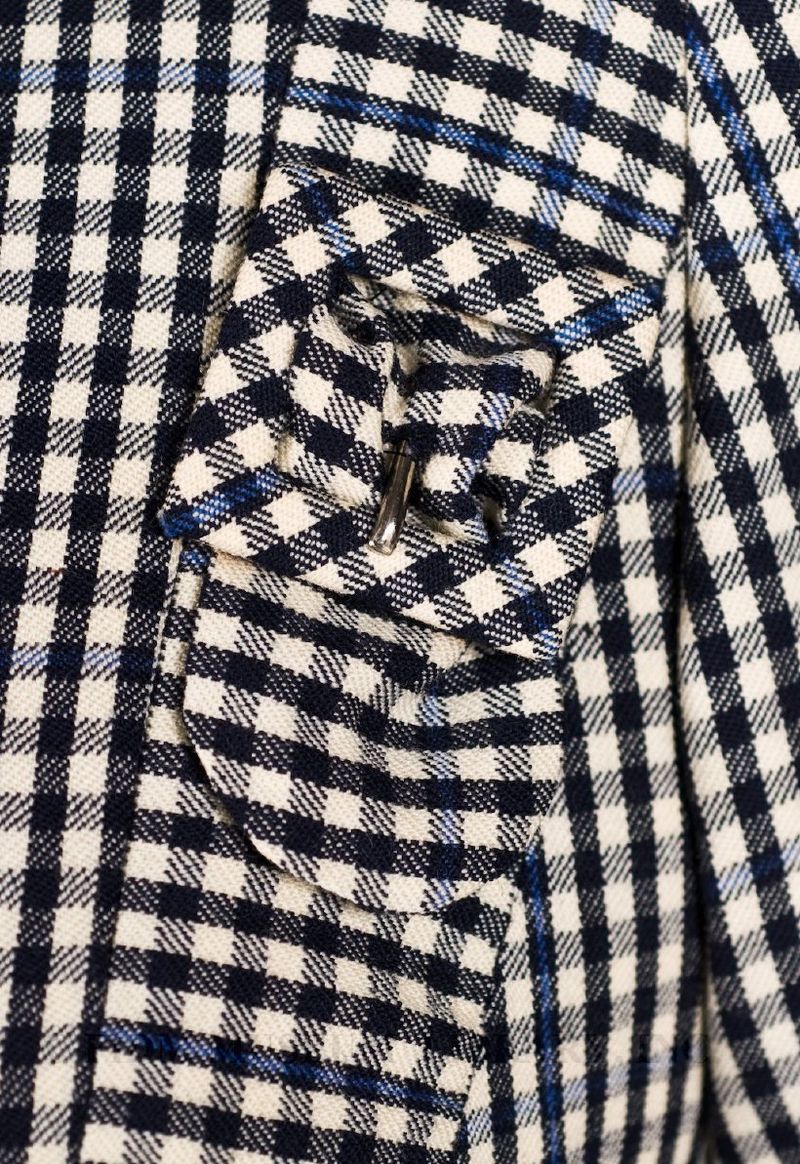 Tailored suits maintained their foothold on fashion throughout the 1950s and 1960s, only losing favor when less formal dressing came into fashion during the late 1960s and 1970s. Tailored suits, if worn at all, were likely to be pantsuits. In the 1980s, tailored suits made a comeback, once again becoming a professional uniform for working women. “Power dressing” was so prevalent that tailored suits sometimes appeared as evening wear. The jewel-toned color scheme of this Yves Saint Laurent evening suit showcases turquoise and pink, popular 1980s colors. 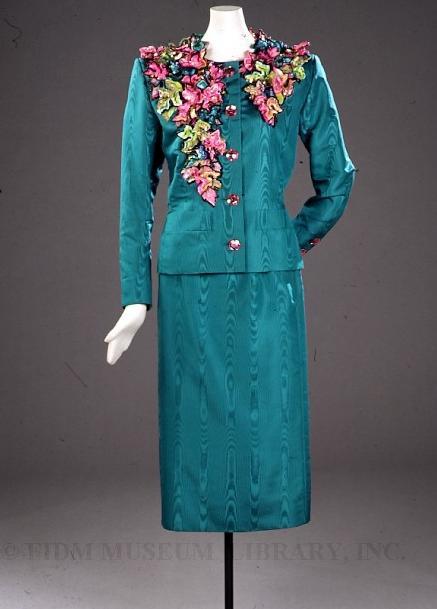 Imported from France by the department store Neiman Marcus, the excellent quality of this suit is typical of a haute couture garment. Encircling the neckline, the three-dimensional embroidery is composed of sequins, bugle beads and lame backed with chiffon and lined with pink silk. Something of this intricacy could only be completed by hand. 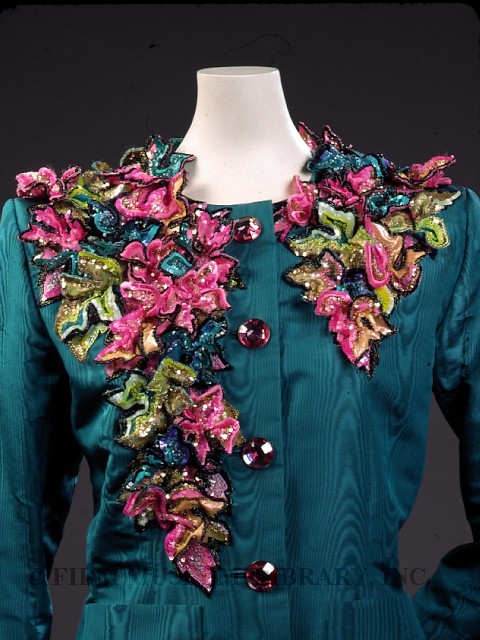