Alexander McQueen’s famed peacock evening dress, currently on display in FABULOUS!, is a crowd favorite. Visitors routinely beeline straight for the frothy dress, which resides on a rotating platform in the third and final gallery of the exhibition. We commissioned it from the Alexander McQueen atelier in 2010 and it took about 7 months to create. It is one of only three extant versions of the dress. And do you see those shoes? These replica shoes, based on those worn with the peacock dress during its runway presentation, were created by our mountmaker extraordinaire. 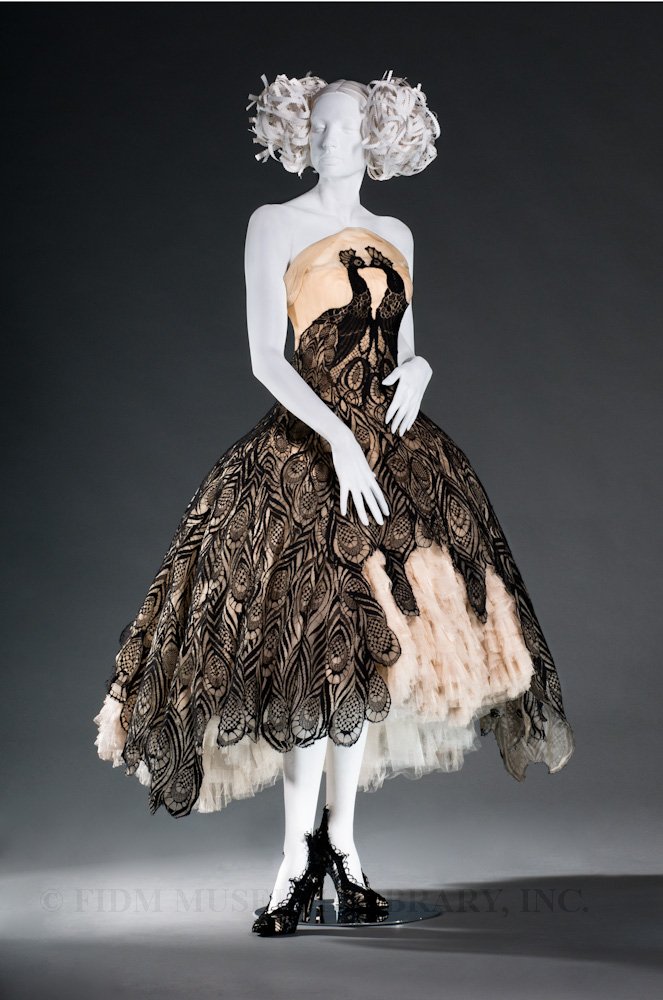 The peacock dress is stunning, one of many amazing designs created by Alexander McQueen in his too short lifetime. What was it about this particular garment that appealed so deeply to our curators? According to FIDM Museum curator Kevin Jones, the dress resonates on multiple levels. First and foremost, it is an arrestingly beautiful gown that will standout in any exhibition or photograph. The silhouette and motif are also notable, as they make readable references to several themes: fashion history, Alexander McQueen’s body of work, and the history of the British Empire. Additionally, the controversy that erupted in 2010 when a strikingly similar version of the peacock dress appeared in Harry Potter and the Deathly Hallows situated it within a larger discussion about intellectual property in fashion and costume design. For all of these reasons, Alexander McQueen’s peacock evening dress was a must have.

Titled “The Girl Who Lived in a Tree,” Alexander McQueen’s Fall/Winter 2008-9 collection was dedicated to Britannia, the symbolic representation of the British Empire. Themes related to British history were a McQueen favorite; the 1995 Highland Rape collection is perhaps his most notorious exploration into British history. “The Girl Who Lived in a Tree” collection was conceptualized after McQueen had taken an extended trip to India. His vision for the collection was fueled by “images of Queen Victoria, the Duke of Wellington, and the Indian Empire.”1 The focal points of this dress are the two appliqued lace peacocks on the front and back. Native to India and symbolic of war and royalty, these imperial birds recall Queen Victoria (1819-1901), who was crowned Empress of India in 1876 at the height of British Colonialism. The black feathers over a froth of cream tulle evoke a mourning palette; the same as Victoria’s self-imposed dress code after the death of her beloved husband Prince Albert in 1861. Moving into the twentieth century, the strapless bodice and full skirt are reminders of Christian Dior’s post World War II New Look silhouette, which was popular at the time of the present queen’s coronation in 1953. 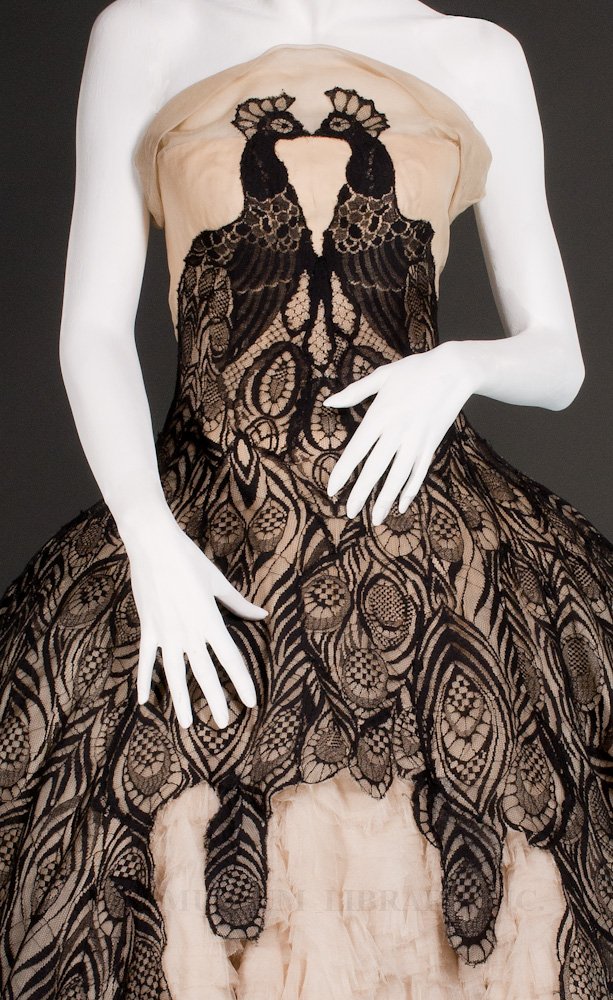 In order to complete photography for the FABULOUS! catalogue, we needed the peacock dress before the Alexander McQueen atelier had finished replicating it for us. They VERY GENEROUSLY express mailed their only runway version of the peacock dress to Los Angeles (the same dress worn by Sarah Jessica Parker in the June 2008 issue of Vogue) so that we could photograph it for the exhibition catalogue. After photography was finished, we immediately shipped the peacock back to London. It was at the FIDM Museum for just under 24 hours. We were delighted to receive our own peacock dress a few months later.

Want to see this remarkable dress with your own eyes? It will be on exhibit in FABULOUS! Ten Years of FIDM Museum Acquisitions, 2000-2010 until December 17, 2011. 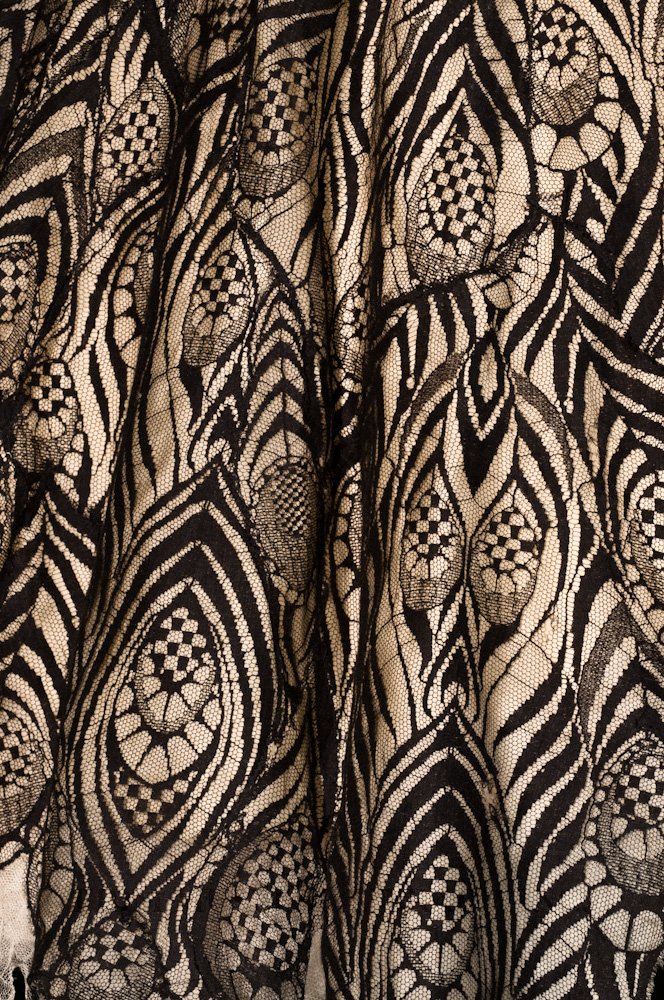