First published in July 2011, the second most popular post of 2011 describes how a serendipitous find dramatically altered our understanding of a midriff-baring 1940s crop top in our collection.

In 2003, a black and coral crop top was donated to the FIDM Museum. The top is of coral silk, with black silk appliques in a stylized floral pattern. Accompanying the donation was a snapshot of the donor actually wearing the top. We love this kind of supporting documentation! Here's the photo, taken someplace in southern California and dated 1946. 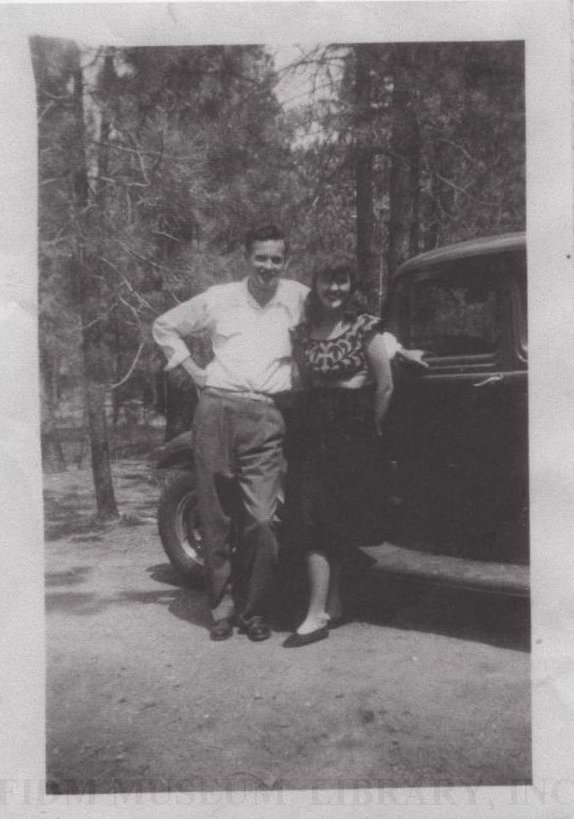 During the mid 1940s, the crop top, or midriff top, was widely popular. Exposed midriffs were seen in swimsuits, playsuits and even evening gowns. A Jan 1946 fashion spread in the New York Times highlighted full-length evening gowns with exposed midriffs and cut-out backs. The accompanying copy reads, "Fashion is baring the midriff this season not only for sports wear, but for evening."1 As the photo above documents, the bare midriff was more than a trend promoted by the fashion press; it was also adopted by the woman in the street.

An exposed midriff may have been the re-emergence of a fashion trend interrupted by World War II. The 1931 Paris Colonial Exposition, which was designed to showcase the success of France's colonial empire, brought the dress, arts and architecture of France's far-flung colonies to the people of Paris. At the time of the Colonial Exposition, France's colonies included vast areas of Africa, Indochina (now Vietnam, Laos, Cambodia and portions of Thailand), and French Polynesia. French couturiers found the dress of Polynesia and Indochina particularly inspiring, rapidly incorporating these areas of the world into their aesthetic inspiration. A Jacques Heim pareo-style 2-piece bathing suit was inspired by the Tahitian exhibits and was a particular hit, with later versions appearing in Harper's Bazaar.2 In 1939, Life featured several bare midriff dresses, noting that the style had gained popularity over the last several years. 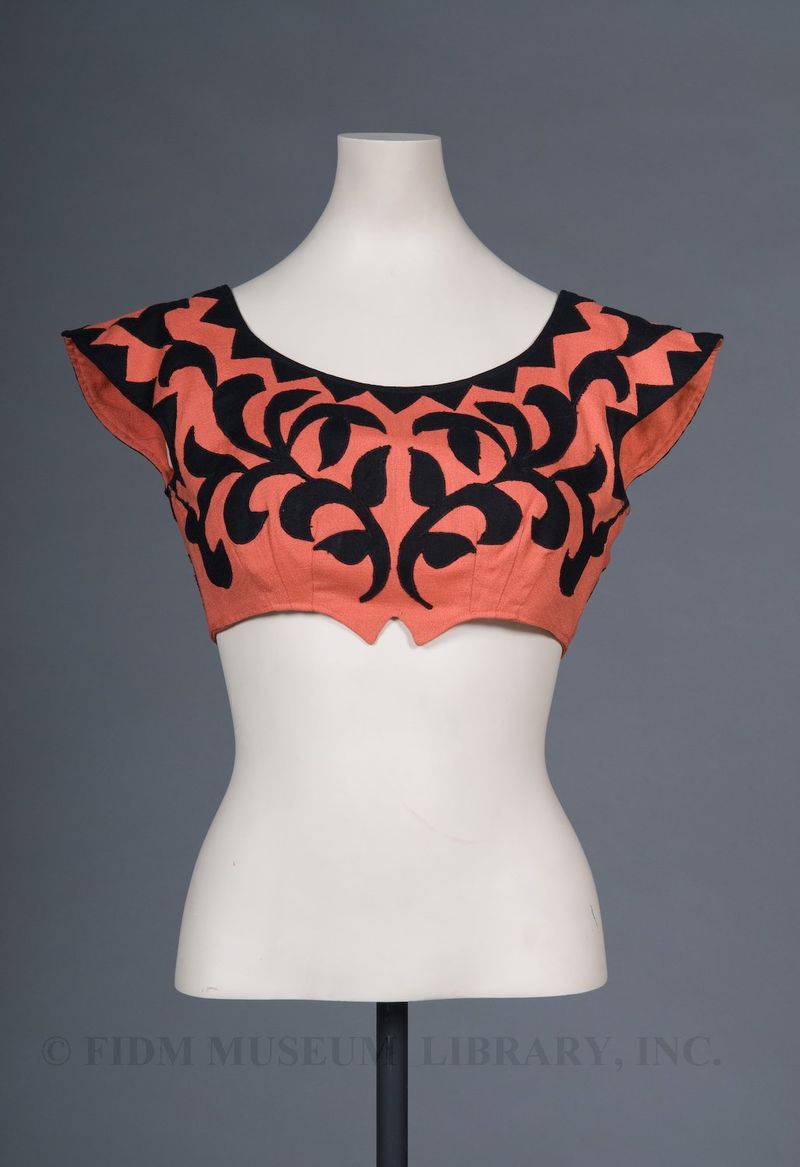 Though the sartorial austerity of World War II may have briefly constrained the popularity of the midriff top, by 1945 it was back in force. Despite its popularity, the midriff top was not without controversy. In 1945, a young woman was fined $2 for wearing a "halter and shorts with nude midriff" in Central Park.3 The fine was in lieu of spending 2 days in jail! In 1946, a Bermuda women's association worked to enact legislation prohibiting a bare midriff, even when at the beach. This attempt to regulate the midriff failed, resulting in no new laws. In southern California, bare midriffs did not inspire any particular outcry. Perfect for fun in the sun, the bare midriff style was quickly absorbed into the relaxed, leisure-oriented California wardrobe. 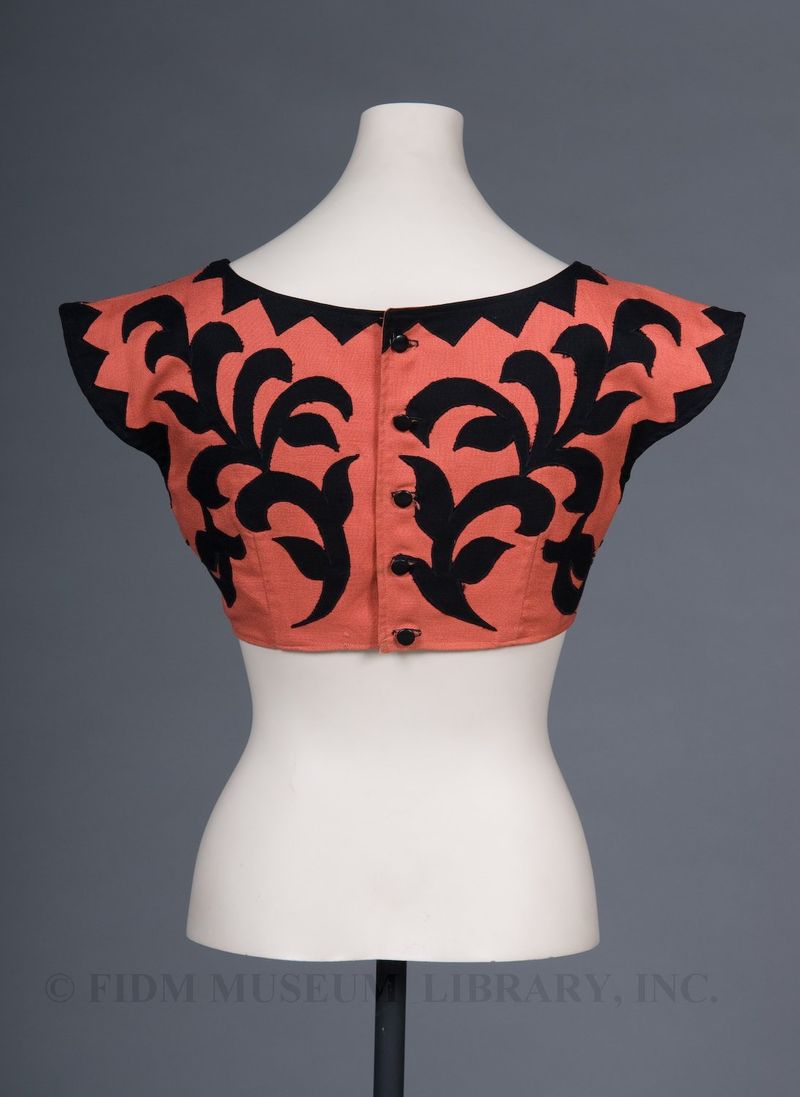 With no label and no information from the donor, we had no idea who had designed and/or manufactured this midriff top. Several years after the initial donation, a researcher working on the California designers in our collection happened to spot an image of this exact top while paging through California Stylist. And with that serendipitous find, the final piece of the puzzle fell into place. Our 1946 midriff top was designed by Louella Ballerino, one of the preeminent designers of California sportswear. This made perfect sense, as Ballerino is noted for her reinterpretations of non-western styles. In the California Stylist ad pictured below, the midriff top is paired with an ensemble that clearly shows the influence of Latin America. Our top, with its appliqued black silk designs, may have also been inspired by Ballerino's research into the dress and culture of Latin America. To learn more about Ballerino, revisit our post on the garment that launched her career, a hopsack dress with a geometric black and green border print. 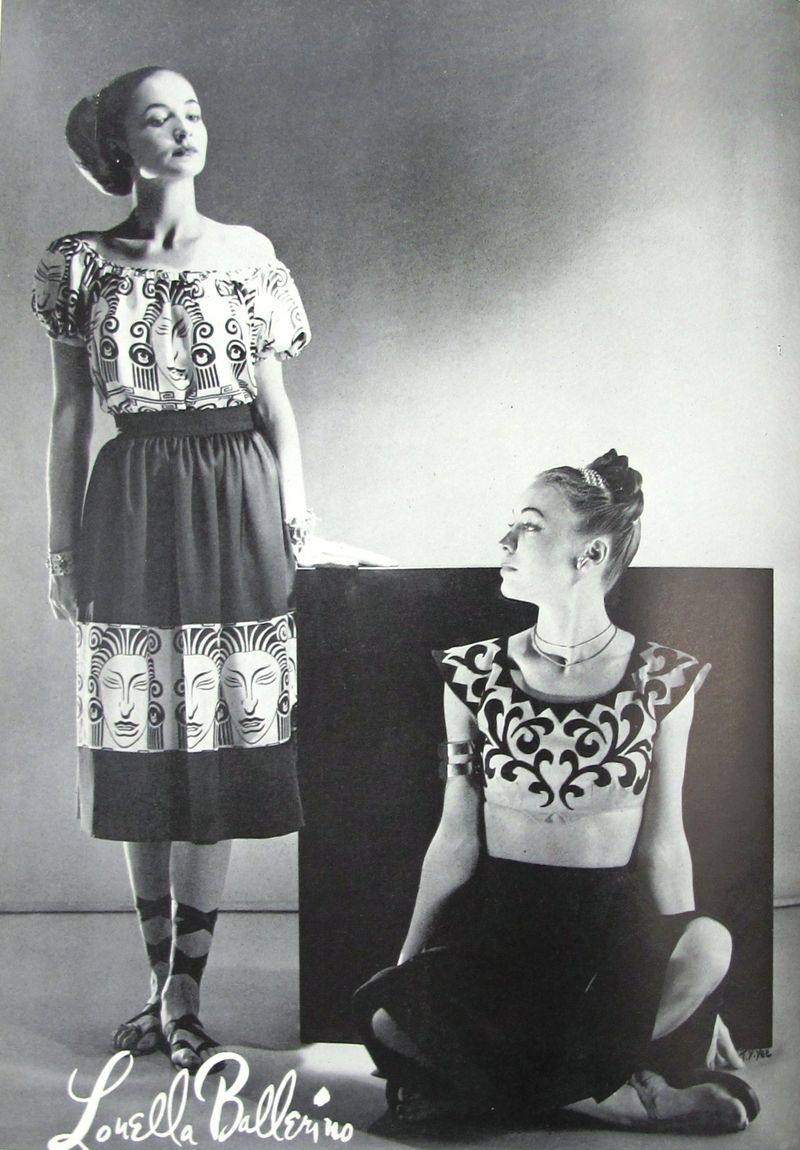