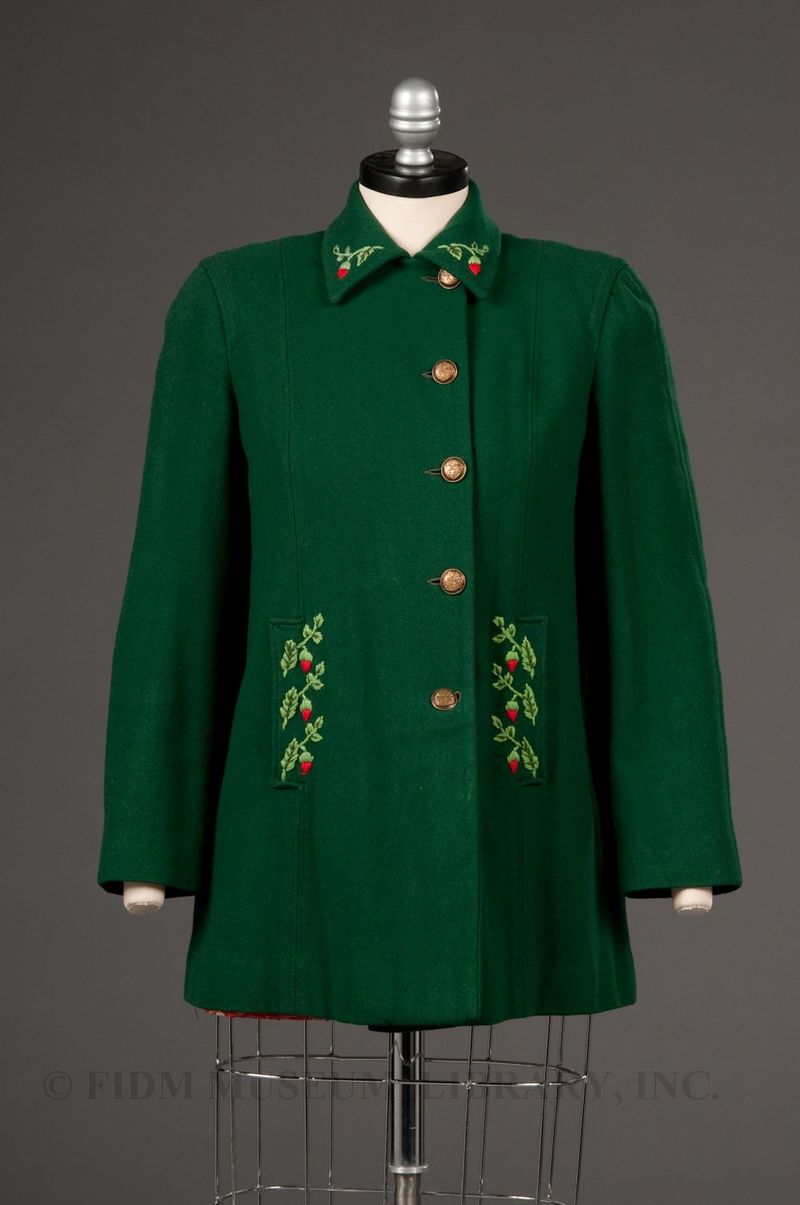 Lanz originated in Salzburg, Austria during the early 1920s. Founded by Josef Lanz and Fritz Mahler in 1922, Lanz of Salzburg specialized in ski wear and traditional Austrian dress. Salzburg was also home to the newly established (and increasingly popular) Salzburg Festival. Founded in 1920, the Salzburg Festival's summer program of music and theatre quickly attracted international attention. By the early 1930s, the Salzburg Festival was a fixture on the international event calendar and attracted visitors from around the world. Lanz benefited from the popularity of the Salzburg Festival, and quickly gained an international clientele for its regional styles. In 1933, Vogue mentioned Lanz in an article describing the jet set's transformation on arrival in Salzburg: "The women take off their Mainbochers and Augustabernards and put on a cotton dirndl dress and rakish Tyrolian [sic] felt hat with a feather (bought at Lanz in Salzburg, probably)."1

Tyrolean style, named after the geographic region where Salzburg is located, was a popular fashion current in the later 1930s and Lanz was practically synonymous with the style. The primary component of the look was the full dirndl dress or skirt, usually made from informal printed cotton or linen. Contrasting rick-rack trim and apron details emphasized a connection to rustic dress. Dirndl skirts were usually paired with full-sleeved, close-fitting printed cotton blouses, or knitted sweaters featuring folklore inspired patterns. In 1936, Lanz designed two knitted cardigan sweater patterns "with typically gay peasant color schemes" for the New York Times.2  With their small, repeat patterns printed in bright colors on cotton fabric, Lanz textile designs also had a whimsical feel. Named "Gingerbread," "Mountain House," "Noah's Ark," and "Little Man," they evoked a quaint, storybook feel. The unidentified red and white pattern lining this green wool jacket is classic Lanz. Note the figures dressed in Tyrolean style, and the fairytale-style house. 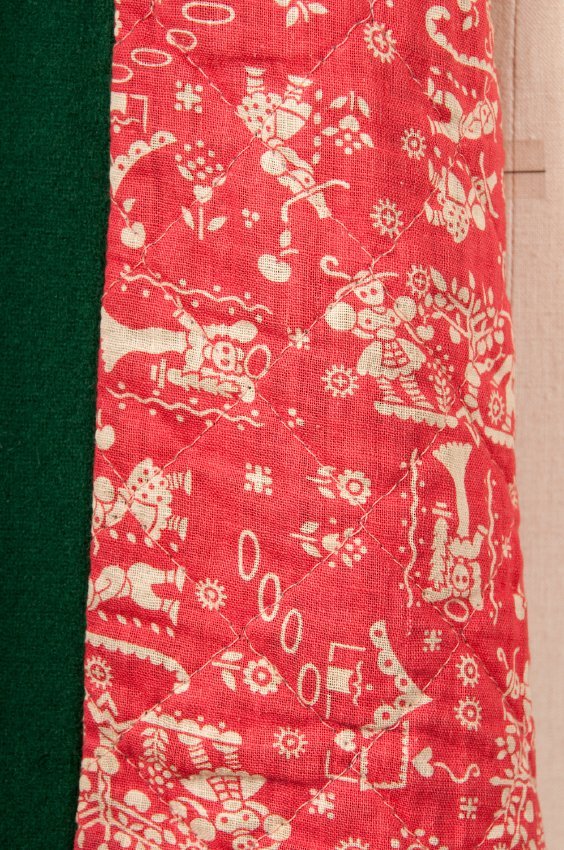 Sometime in the mid-1930s, Josef Lanz emigrated to the United States, probably in an attempt to capitalize on the popularity of the Lanz brand. By 1938, Lanz opened a Lanz of Salzburg store in Manhattan. The New York branch of Lanz continued in the tradition of the original Salzburg location, specializing in ski apparel and women's casual sportswear with a Tyrolean look. A Los Angeles store was open by 1940. At some point in the early 1940s, Lanz of Salzburg became Lanz Originals. Dropping Salzburg from the brand name was probably a wise move. Austria was forcibly annexed to Germany in 1938 during the build-up to World War II. Once the United States entered the war in 1941, an association with either Germany or Austria would have been bad for business.

Despite the name change, Lanz Originals still maintained a rustic look. The embroidered strawberries and brass buttons decorating this late '40s Lanz jacket are a clear nod to the origins of the label, as is the patterned lining. Brass buttons were a common feature on Lanz jackets and blouses. A 1936 advertisement for a fitted Lanz of Salzburg blouse with puffed-sleeves noted this feature, calling the buttons made from Tyrolean coins, "so much, much smarter than ordinary buttons."3 These details, which reference traditional Austrian dress, not fashion-forward runway designs, can make it difficult to date Lanz garments. 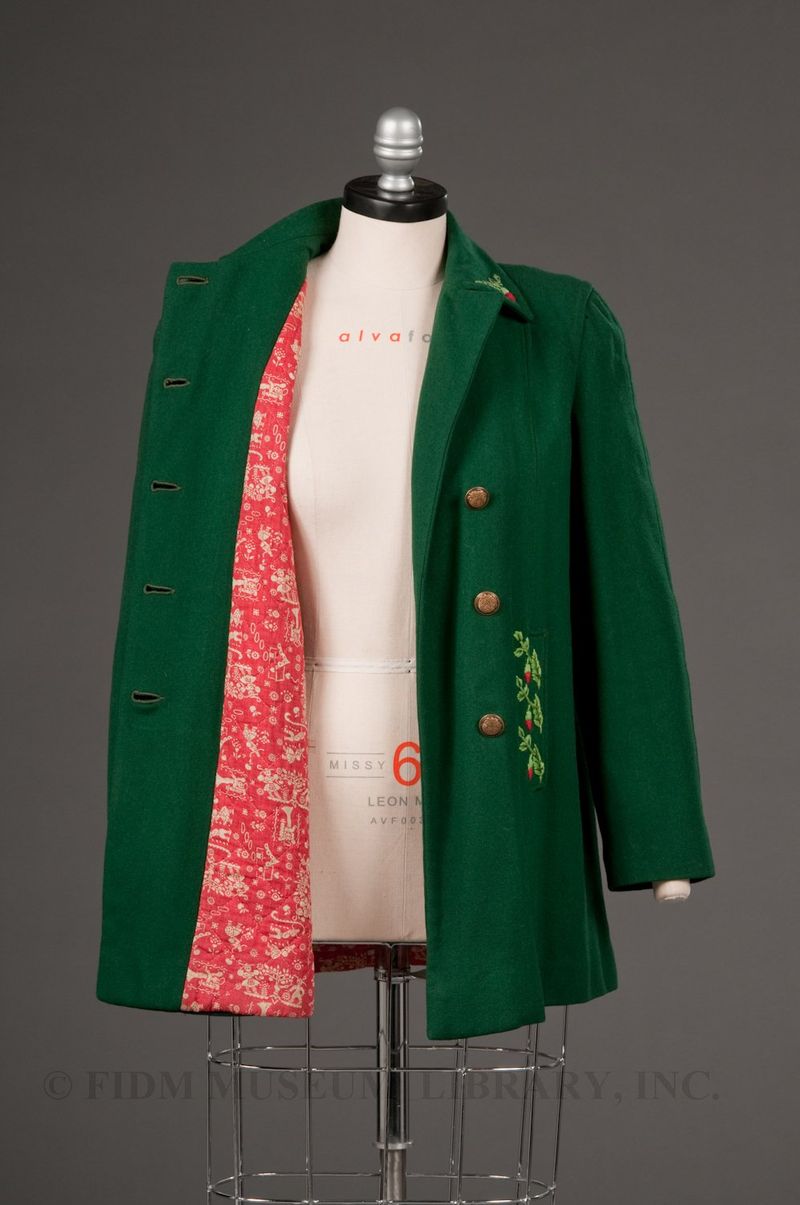 After World War II, the history of Lanz gets confusing. Josef Lanz apparently left the company, though it continued as Lanz of California under the Scharff family. Under their leadership, Lanz of California gradually abandoned its connection to Austrian folk dress, moving into contemporary silhouettes and fabrications. Though completely independent of its North American namesake, Lanz of Salzburg (still based in Salzburg, Austria) continued to produced a variety of Austrian traditional dress. The Salzburg location is still in existence today, along with an American sleepwear company also called Lanz of Salzburg.