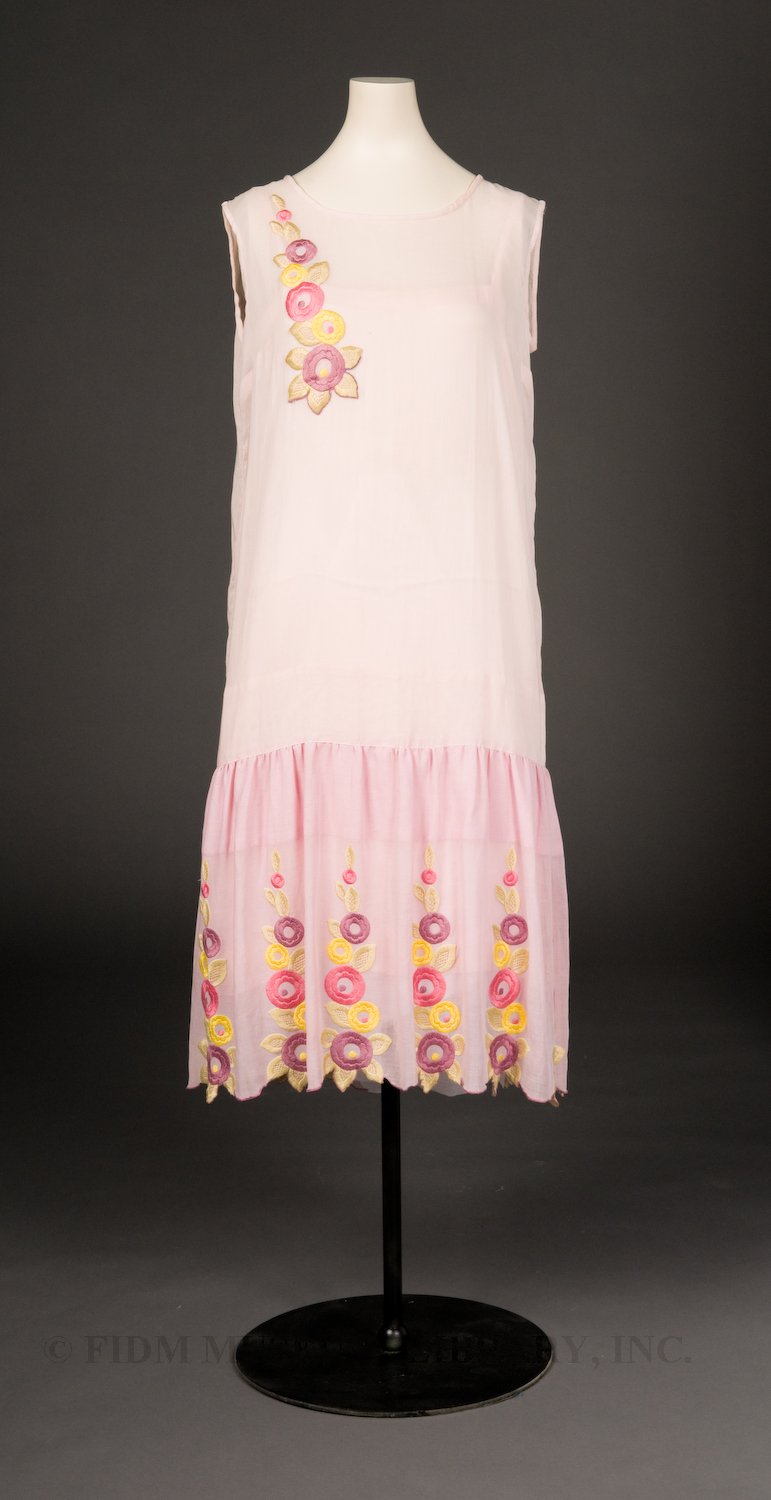 Made from cool, lightweight cotton lawn, this sleeveless 1920s dress is the perfect spring frock. Like many fashionable 1920s dresses, it is shaped only by minimal bust darts. Often described as youthful or boyish, this slim, untailored shape was the dominant silhouette throughout the 1920s. Waist definition, such as a sash or seam, was usually placed below the natural waist. This dress ignores the natural waistline, featuring instead a low, softly gathered dropped waist. Vertical lines of stylized floral embroidery, possibly roses, emphasize the columnar silhouette of the dress. This same embroidery dictates the purposefully uneven hemline. 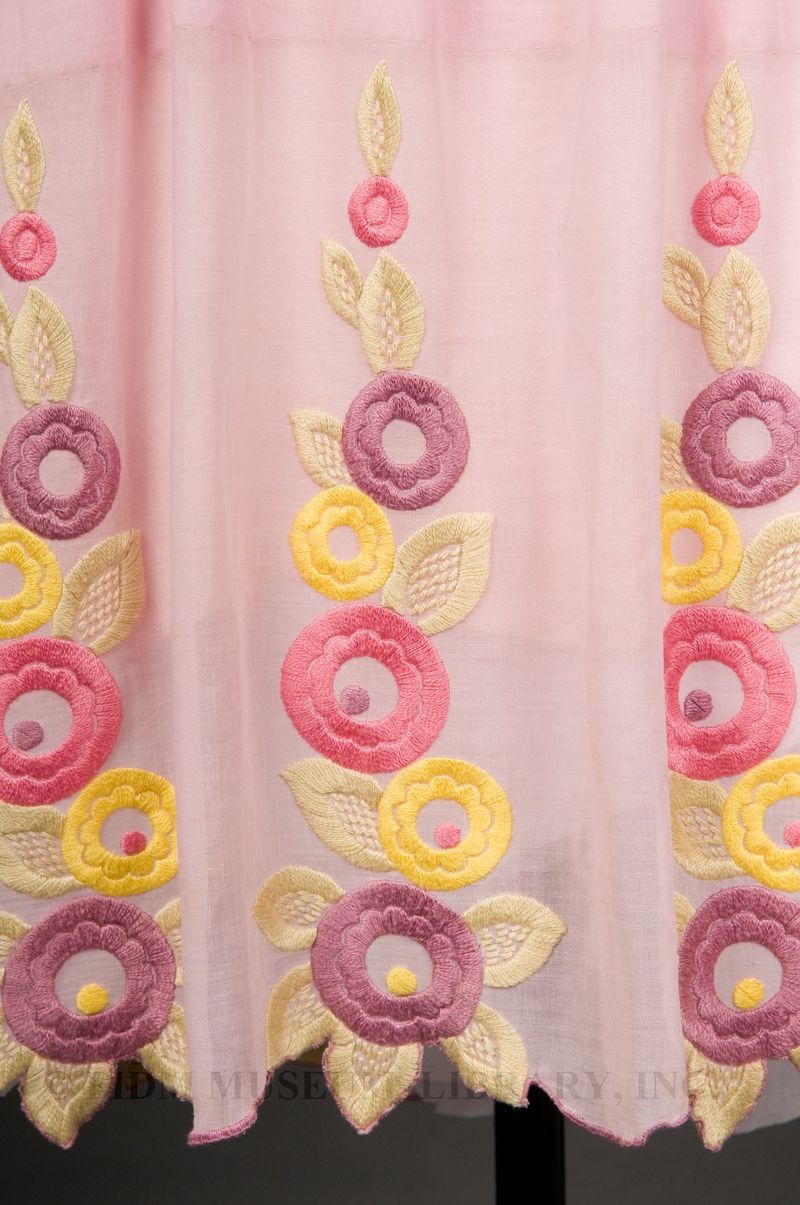 Though roses have been a popular motif for centuries, they were given a new look during the teens and twenties. During these decades, they were stylized into flat, geometric roundels like those seen on the dress above. Artist Paul Iribe is credited with developing this modern, Art Deco version of the rose, which was used frequently by Paul Poiret. Poiret's 1913 dress for Denise Poiret, La Rose d'Iribe, features a stemmed variation, with the name of the dress indicating the origin of the stylized rose. This new rose became a decorative staple, appearing in a variety of colors and contexts.

The pink and purple color palette seen on this dress was discussed by Vogue in 1925. Floral colors were gaining favor, with "rumor predict[ing] popularity for…new members of the mauve, cyclamen, and violine families."1 Here, the soft pink lawn ground provides the perfect foil for colorful embroidered flowers and foliage.