Charles Frederick Worth was born 189 years ago today, on October 13, 1825! Considered the pre-eminent fashion tastemaker of the latter nineteenth-century, Worth labeled his garments, ensuring that his creations were perpetually associated with his name, persona, and aesthetic. He considered himself an artist, often wearing a smock when meeting with clients. Worth's aesthetic was bold and often included the use of large-scale imagery, such as the life-like roses pictured here. 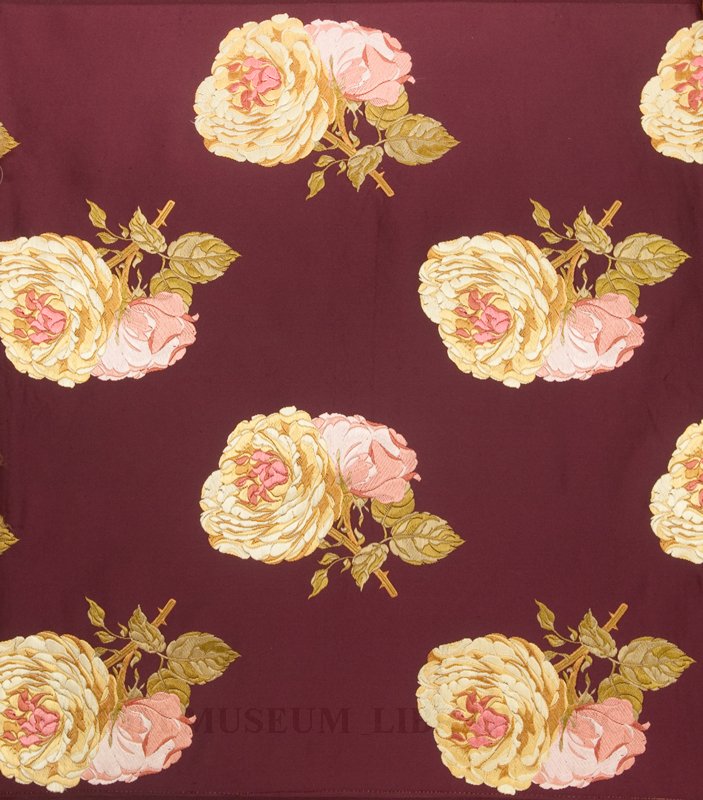 Charles Frederick Worth (1825-1895) began his ascent to the height of fashion as a draper, selling luxury fabrics in specialty emporiums. He fostered relations with textile middlemen whose valuable connections to the weaving center of Lyon helped him establish a maison de haute couture in 1857. The second half of the nineteenth-century was a busy time for French silk production. Established by royal edict in the fifteenth-century, the industry could boast more than 120,000 looms in operation by the 1870s.1 Worth not only bought pre-woven damasks and velvets supplied to him by firms such as A. Gourd & Cie. and C.V. Bonnet & Cie., but also specially commissioned designs with motifs he admired, including feathers, wheat, and roses. The bolder the patterns and the more striking the color combinations, the better.2

Visitors to Worth's maison passed through multiple display rooms of textiles, culminating in a selection of polychrome silks.3 This eye-catching brocade of fully blooming roses in pinks and yellows on a deep burgundy ground exemplifies the sumptuous creations that made Worth world famous. Once part of an evening or reception gown, this skirt panel is all that remains of the commission made for a "Mrs. Scribner" on her Paris honeymoon in 1878.