In the 1920s, America's booming economy sent real estate prices–and buildings–soaring sky-high in crowded cities like New York and Chicago, where land was scarce and there was nowhere to go but up. Towering new edifices of glass and steel rose dozens of stories above city streets, earning the name "skyscrapers." In New York, the 1916 Zoning Resolution was introduced to prevent the looming structures from blocking out the sunlight. This resulted in the distinctive "setback" style of 1920s and 30s, the Art Deco period. 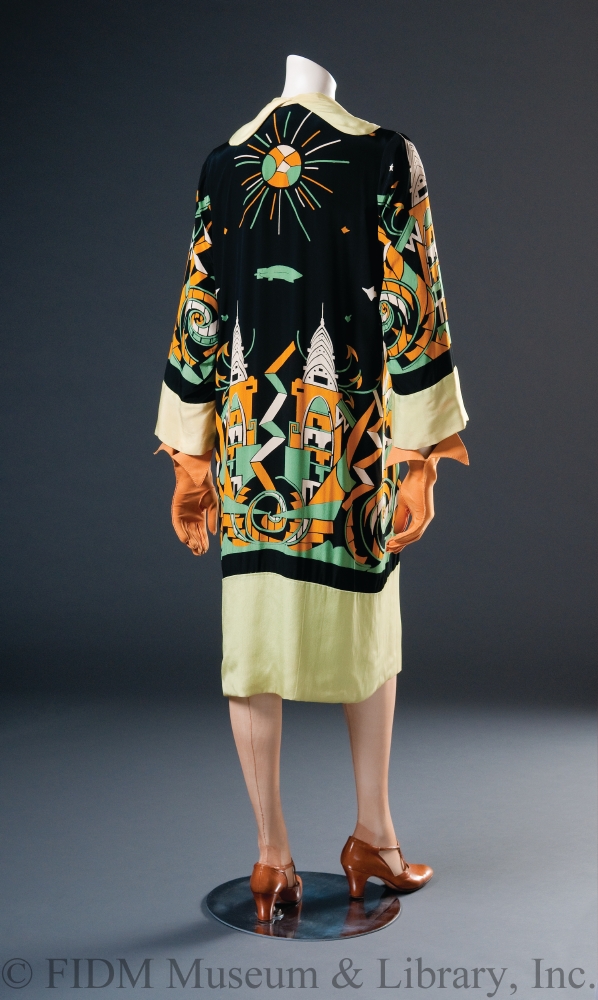 The Chrysler Building, completed in 1930, remains an icon of Art Deco architecture. At 1,046 feet, the instantly recognizable landmark was the tallest structure in the world, at least until it was surpassed by the Empire State Building a year later.The Chrysler Building dominates the stylized Art Deco skyline printed on this rayon crêpe coat. A zeppelin hovers at center back, and futurist-style arcs and speed lines surround the urban monument, creating the sense of urgency and movement experienced in a busting metropolis. 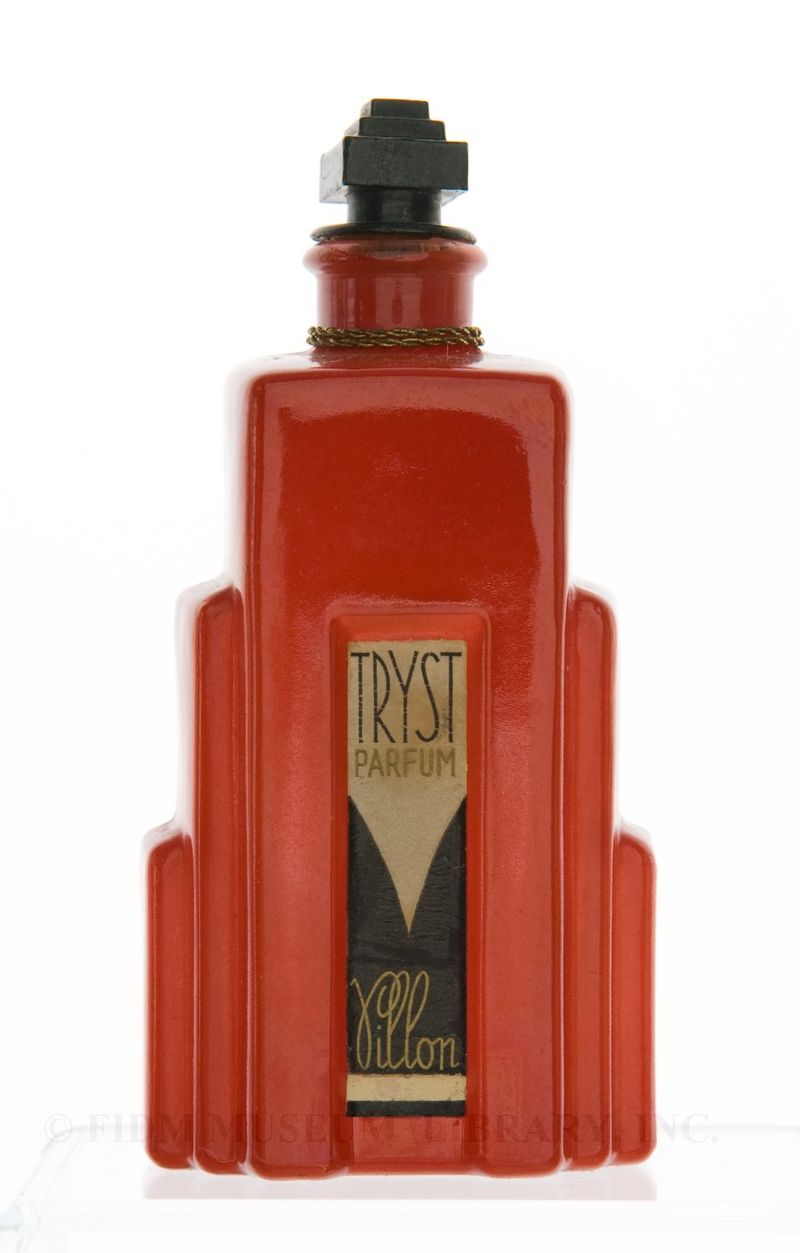 Skyscrapers became popular leitmotifs in film, photography, and literature. The new architectural style influenced interior design as well as fashion, inspiring tiered "skyscraper" bookcases, lamps, and vases. This Tryst perfume bottle in the FIDM Museum's Annette Green Fragrance Archive has streamlined setbacks; Lord & Taylor's Mimosa scent of 1927 also came in a slim, skyscraper-inspired bottle. When the stock market crashed in 1929, rumors of stockbrokers jumping out of skyscrapers swept Wall Street. During the Depression, the real estate market collapsed and construction plans for many skyscrapers were cancelled or scaled back. It was not until after World War II that things began looking up again.