Today we continue our Costume Designer Q&A Series with Jacqueline West, Academy Award nominee for her work on the powerful film The Revenant. Brad Pitt, whom she dressed in The Curious Case of Benjamin Button, once called West "a method designer," and her work for The Revenant was no different. She immersed herself in research, visiting collections and reading primary source materials to accurately depict the true story of fur traders and First Nations people making their way through the unforgiving frontier mountains. West shares with us her love for museums, how art history inspires her work, and discusses her personal vintage collection (and she wants to make sure you don't miss A Graceful Gift, the fan exhibition currently on display in our history gallery!) 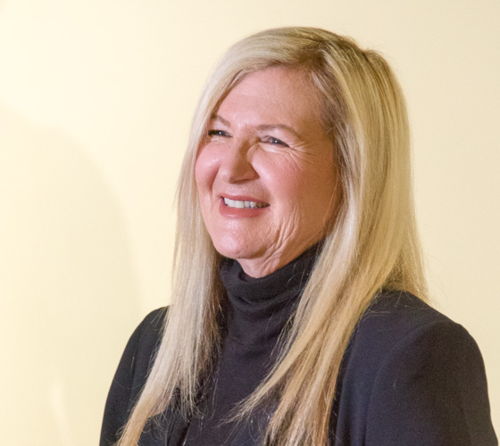 Q: You went to the Museum of the Fur Trade to research The Revenant. Can you talk about museum collections and libraries, and what that means to your work?

A: It’s very, very important. In fact, I would encourage any FIDM student if they’re visiting Europe or the East Coast or Washington D.C., go to the Smithsonian, go to the Metropolitan in New York, they have an incredible costume exhibition on always. There’s a fabulous Native American Museum in Washington D.C. that’s unbelievable. Go to museums, study this stuff. You’ll come up with your own feelings about different things you see, and it will inspire you on everything you do for the rest of your life.

I studied Art History because programs like FIDM weren’t available when I was in college. Art History was the best. Looking at paintings, you develop your eye for detail; you look at brush strokes, drapery folds. You look at characters, how they’re dressed in paintings. Art History through the ages is one of the best teachers. Going to museums and looking at costumes, how they were rendered, how they were constructed; looking at movies, how a costume betrays the character’s inner riches. It’s so important. Make your own judgement and be your own Academy voter. Were those costumes good? Were they right for the period; were they right for the character? Just looking at stuff, cultivating your eye – a museum is the best place to do it. Look at movies, read, and then go to museums. Because so much of this stuff exists!

If I hadn’t just serendipitously with my husband (who was writing a Western) stopped at the Museum of the Fur Trade, I would have never met Gail Potter, the Curator, who is the first person I called after Alejandro [Iñárritu, Director of The Revenant] hired me. I wouldn’t have ever known that [Andrew] Henry wore those leggings. They were copied from the ones at the Museum of the Fur Trade. So, that said, if I had never visited, I would have never known to make that phone call. So, stop at every museum. I often stop at Fort Bridger, so I knew a lot about Jim Bridger and his background when I did this film. You don’t know what you’re going to be working on as your life takes different turns, but you’ll still have it. You’ll still have whatever you saw. I remember going to the Tate and seeing the Rossetti paintings with all that red hair and those fabulous Roman costumes that the pre-Raphaelites used, and it has always affected whatever I design – even my own clothing line!

Q: You started out in fashion design, what encouraged you to make the transition into costume design?

A: Well, I never ever thought of the film business. It was one of those serendipitous things that happen in your life. I became friends with Philip Kaufman and his wife Rose, and he was at the time one of the most important maverick directors in America. He started Zoetrope with Coppola and George Lucas and they were all friends, and started that Northern California maverick film making back in the early seventies together. My store was next to a famous restaurant, Chez Panisse, and he would come in with his wife on their way to lunch. And we got to be friends, he got to be friends with my husband, and we started seeing them. He had just finished Unbearable Lightness of Being, and he was editing it in Berkeley, so his wife was coming to my aerobics studio and they would come shopping on their way to lunch in my store. I got to know them, and we started having some meals and dinners together. I invited them to my house. He was doing Henry and June in Paris, and I was showing my collection at the Prêt-a-Porter. All of a sudden I got a call from them, he said “Come work on my movie with me, I want her house to look like your house and I’m not getting that here.” He needed that eclectic, hippy girl intellectual look. So I went, and originally I started doing sets. While I was looking for stuff for her house, I would come across clothes that I thought would be great for the movie, but I wasn’t the costume designer, so I’d hand them off to them. Afterwards he said the next movie I do, you’re going to design it.

Q: Did you look up to any costume designers growing up?

A: I loved movies that Orry-Kelly had done, the beginnings of film noir, that whole gangster era. I loved Orry-Kelly. I of course loved Edith Head. I think my favorite movie ever was Notorious, Ingrid Bergman’s clothes in Notorious. Growing up, that was my favorite, favorite movie. It was made in 1946. I loved Adrian.

Q: What about today? Looking around this gallery, who are your peers that you look up to?

A: I think everybody working today is absolutely brilliant! I think there’s so much brilliance in this room. It’s really inspiring. I think I respond to certain eras more than others, the costumes of certain eras. I remember Rose Kaufman, Phil Kaufman’s wife, she asked me what modern times do you like the best, and I said the thirties and forties. She said, oh we were adults then – we dressed like adults! It’s so true. Now, it’s jeans and sweatpants, and sweatshirts, and tee-shirts, and baseball caps. That’s why everyone loves the Oscars – people dress like old Hollywood! We’ve gotten so sloppy and so casual. In fact, when I was designing my clothing line, my mom had been a fashion designer for Lili Ann – she couldn’t believe I would go to work the way I’d go! I’d wear a really expensive blazer, one of her old Dior jackets or something, with jeans. It was a travesty to her!

Q: You have a big personal vintage collection; do you ever use that in your films?

A: Sometimes! I used an antique cheongsam of mine on Brie Larson in The Gambler, just recently. I used a 1920s slip on Sienna Miller with hand tatted lace, with real lace form Lyons.

Q: Which designers do you look for when you’re collecting?

Q: Are these some of the designers that influenced your look growing up?

Q: Do you have your dress for the Oscars?

Q: Are there any last words you want to say to visitors coming to the museum?

A: Just soak it all in, and absorb it all. There’s a lot of beauty in these two rooms and you can learn so much – and try to see all these movies. It will be an inspiration to watch more movies. Support the film business because it’s a great learning tool. Support museums, go to them. Drag whoever you’re traveling with, or go by yourself. You’ll feel so much better when you walk out! It’s like being a Catholic kid coming out of confession – when you leave a museum you will feel somehow enriched! 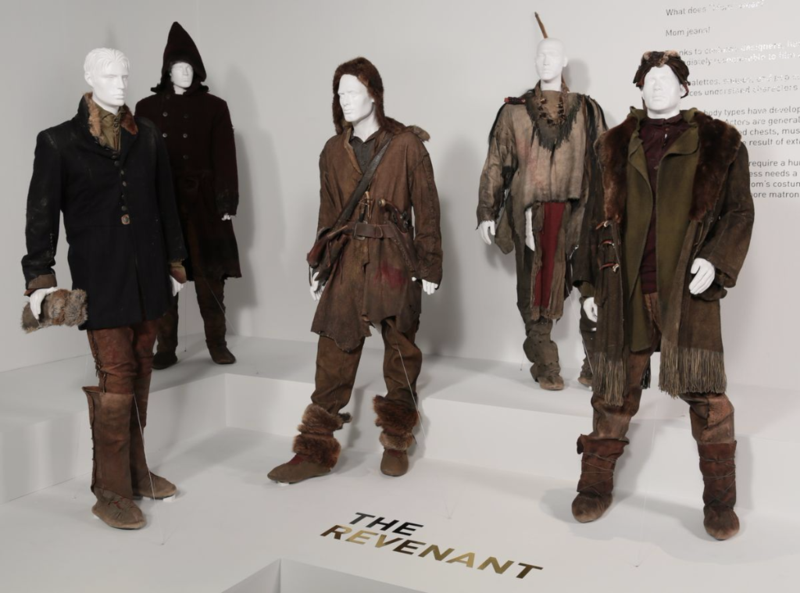 Costumes from The Revenant, currently on display at the FIDM Museum