Her peers elected her President of the Fashion Section at the famed Exposition Universelle de Paris in 1900.[1] In 1913, she accepted France’s prestigious Legion d’Honneur in recognition of her economic contributions to the country – the first woman designer to receive the honor.[2] From 1917 – 1919, she served as the first female president of the Chambre Syndicale de la Haute Couture, the governing board of all couture designers.[3] Though discussion of early twentieth-century design is typically dominated by the avant-garde aesthetic of Paul Poiret, there was another pioneer leading the way in both fashion and female entrepreneurialism: Jeanne Paquin (1869 – 1936).

Paquin began her career apprenticing in the flourishing couture houses of Paris, eventually becoming premiere, the head of the atelier, at Maison Rouff.  When she opened her own salon in 1891 on the Rue de la Paix, next door to the house of Worth, she was in charge of design, while her new husband Isidore Paquin ran the business.[4]  This was somewhat of a rarity at the time; at the houses of Worth, Poiret, and Fortuny, men served as head designers, while their wives acted as muses and models. The House of Paquin grew in popularity and became one of the largest design houses in Paris, employing up to 2,000 people at its height. She dressed everyone from Queens of Europe to famous courtesans, and eventually opened branches in London, Buenos Aires, and Madrid.[5] 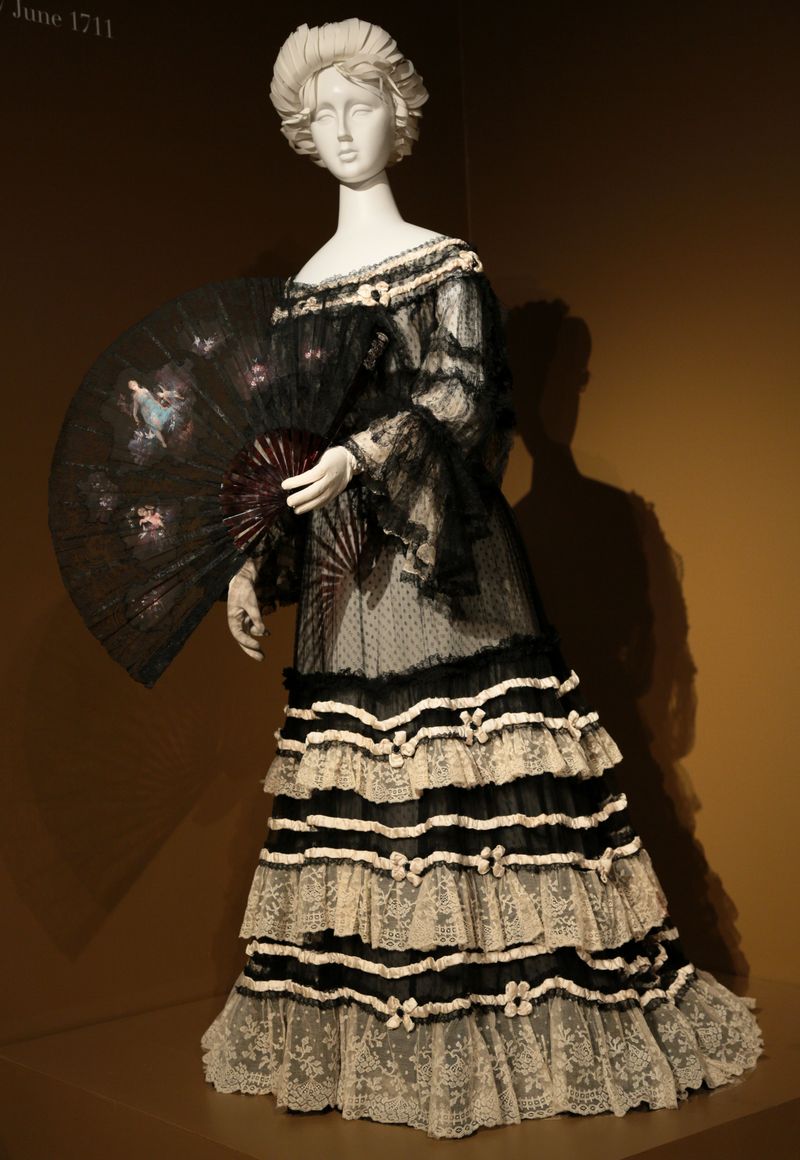 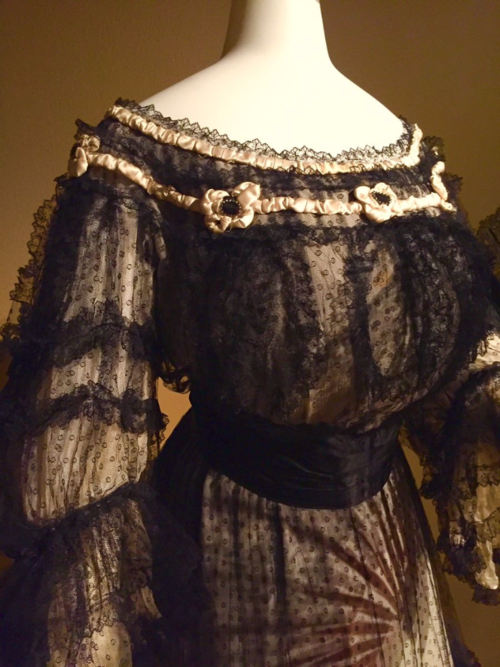 In the current FIDM Museum exhibition A Graceful Gift: Fans from the Mona Lee Nesseth Collection, a boldly contrasted cream and black Paquin ensemble is displayed with an equally striking black painted fan. This evening gown demonstrates Paquin’s adept use of the color black, which she took from its “dignified and frequently mournful nineteenth-century role”[6] and transformed into a fashionable color for a diaphanous dress. It is little wonder that when Paquin's collection came stateside, the Washington Post declared, "She has talent amounting to genius."[7] 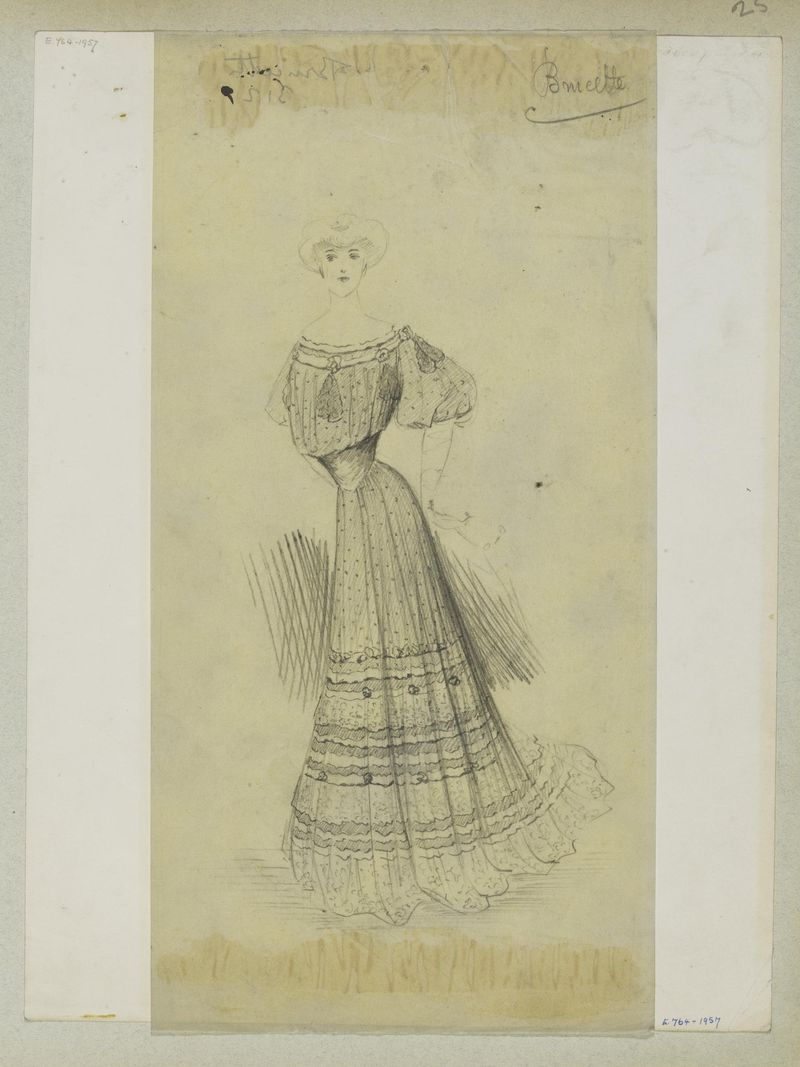 In a stroke of good luck, fashion historian Daniel Milford-Cottam recognized this particular Paquin design when he visited the exhibition, and he reached out to Curator Kevin Jones via social media. He attached an almost exact sketch of the dress from the collection of the Victoria & Albert Museum in London, proving the gown is most likely the Bricette design from Paquin’s Hiver 1903 collection. Just another example of how the internet is helping cultural institutions around the world identify provenance and gather hard-to-find information about the objects in their collections. Thank you Daniel for making this important connection!