It is always an honor hosting costume designer Mary Zophres at the FIDM Museum. The three-time Academy Award nominee, four-time BAFTA nominee, and Costume Designers Guild winner for Best Contemporary Costume Design (La La Land) joined us for an afternoon at the FIDM Museum prior to the opening of our Art of Motion Picture Costume Design exhibition. Curator Kevin Jones showed Zophres a rare 1960s man’s jumpsuit inspired by the space race, and afterwards she answered questions about designing for both First Man and The Ballad of Buster Scruggs, for which she received her third Academy Award nomination. 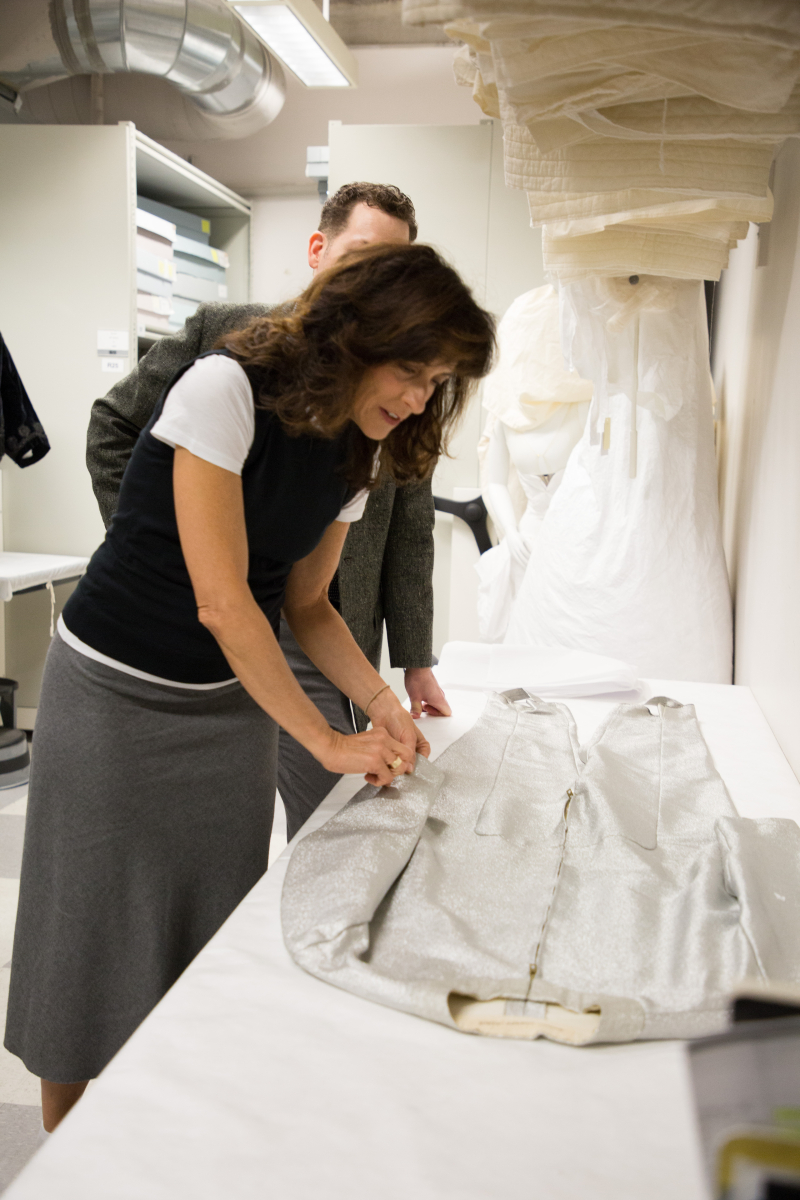 What are your impressions of the Ruben Torres jumpsuit?

This is perfect for First Man – it’s fashion inspired by the first trip to the moon! Originally, when they first started the space program, they put the astronauts in silver because it was from the lore and the TV shows – what the public thinks of. They have to get everybody’s approval and involvement in thinking it’s a good idea. How can we make this appealing? So they did it in silver. The silver suits were for Mercury [1958 – 1963]. After that they decided to make them white because they were going closer to the moon and the reflection was harmful. They needed something that would not bake – silver attracted the sun and white sort of bounces off. 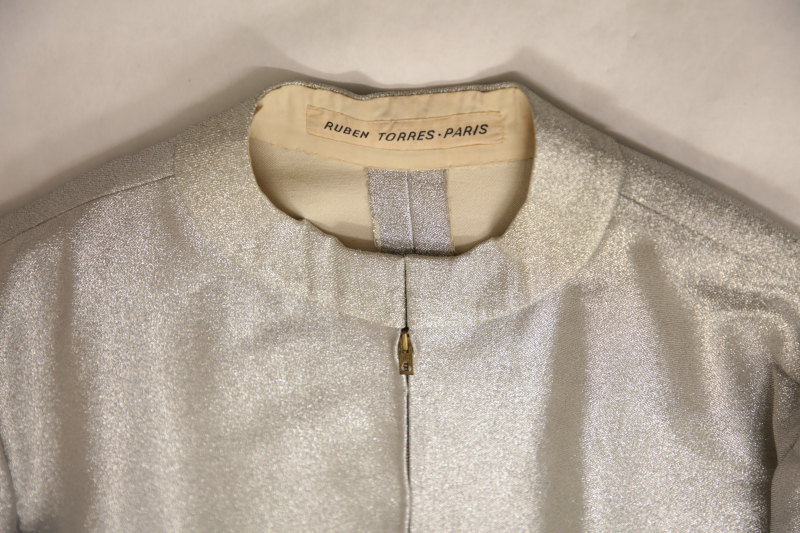 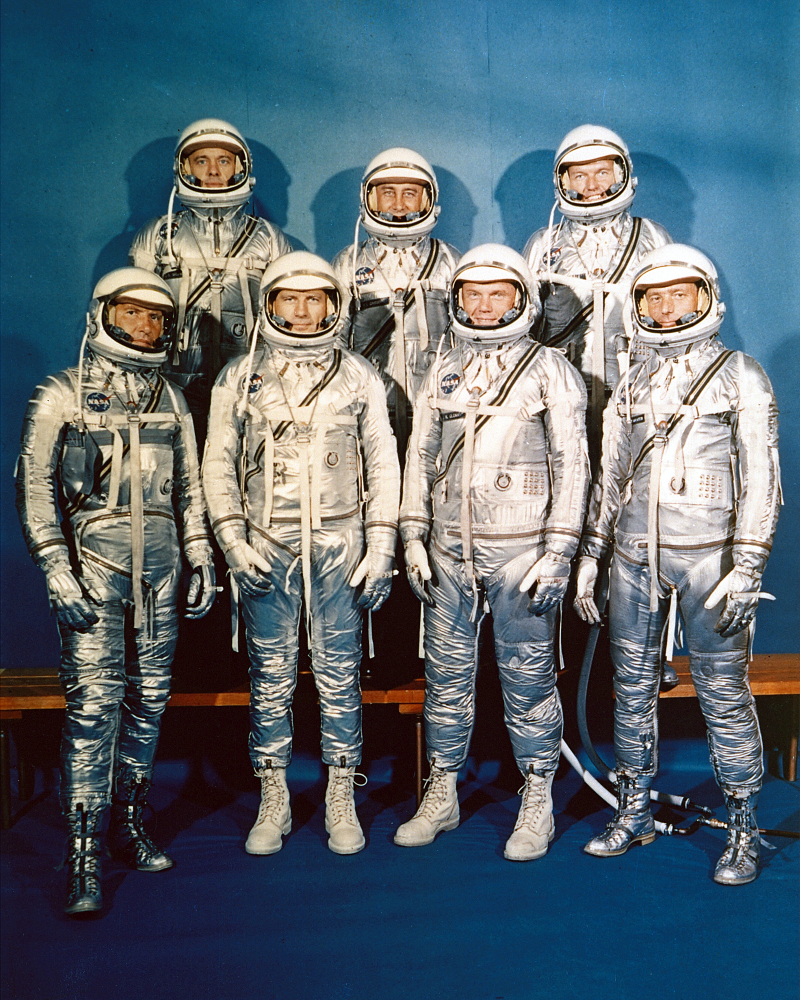 Did you go to NASA to do research for First Man?

We did. During prep we had a day trip to go down and take a look at everything and measure, but you’re not allowed to touch them. The X15 we did get to handle, but it was not at NASA – it was with a collector outside of Los Angeles. For that visit, we had gloves on but we could handle and touch and feel it. NASA was super cooperative, they loved the movie, but the suits are fragile now. They wanted to cooperate with us because they wanted us to get it right.

Neil’s Apollo 11 suit was being restored because they’re going to display it at the Air and Space Museum for the 50th anniversary of the mission. So his wasn’t there, but we had Buzz Aldrin’s and Michael Collins’. They’re slightly different: Collins stayed in the ship, so his suit was slightly different than the ones that go on the moon. 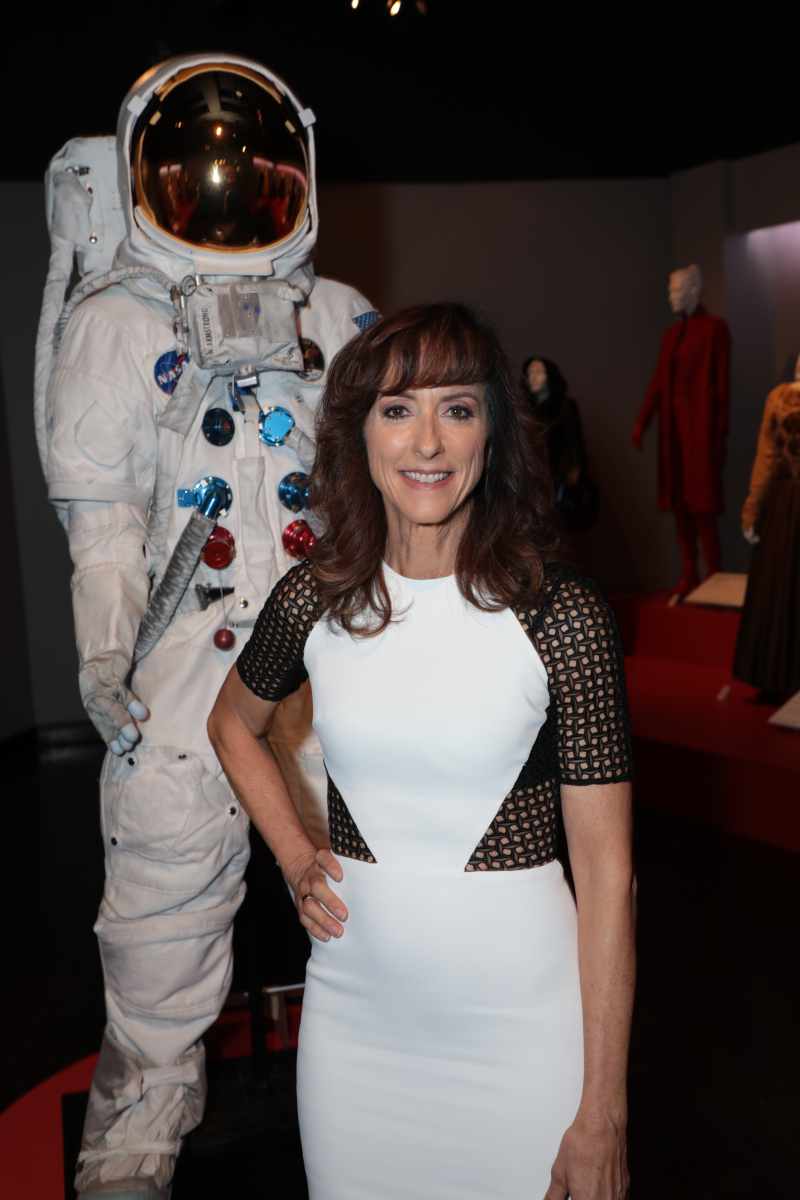 What materials did you use for the spacesuits?

For Apollo we used Beta cloth; we had it woven for the film.

Where was it woven?

Western Costume helped us source it out, and so did NASA. It’s the same company that makes the fabric for NASA. Super, super expensive! The X15 fabric we also had made – we found something close, and that company did a special run for us. Also expensive but it was worth it.

Ryan Nagata made the X15 space suit for us. I started doing research for this film and I came upon his website. He used to make space suits as his hobby and now it’s turned into his career. He’s so good at it. He’s so knowledgeable about the space program it’s unbelievable. First we approached him about making all the suits for the film, but he’s a one man operation and it was not possible. But he made two Gemini suits for us and the X15. For the X15 we used real parts – it’s a beautifully made suit. He came with us to that collector to look at the original suit. We were striving for authenticity and he believed us. We provided the material and of course when we were making it we were back and forth from our shop to his shop, but in the end we rented it from him so he would own it. And we made the boots – Jitterbug is a boot maker in Canada. They ended up making all of our space boots. 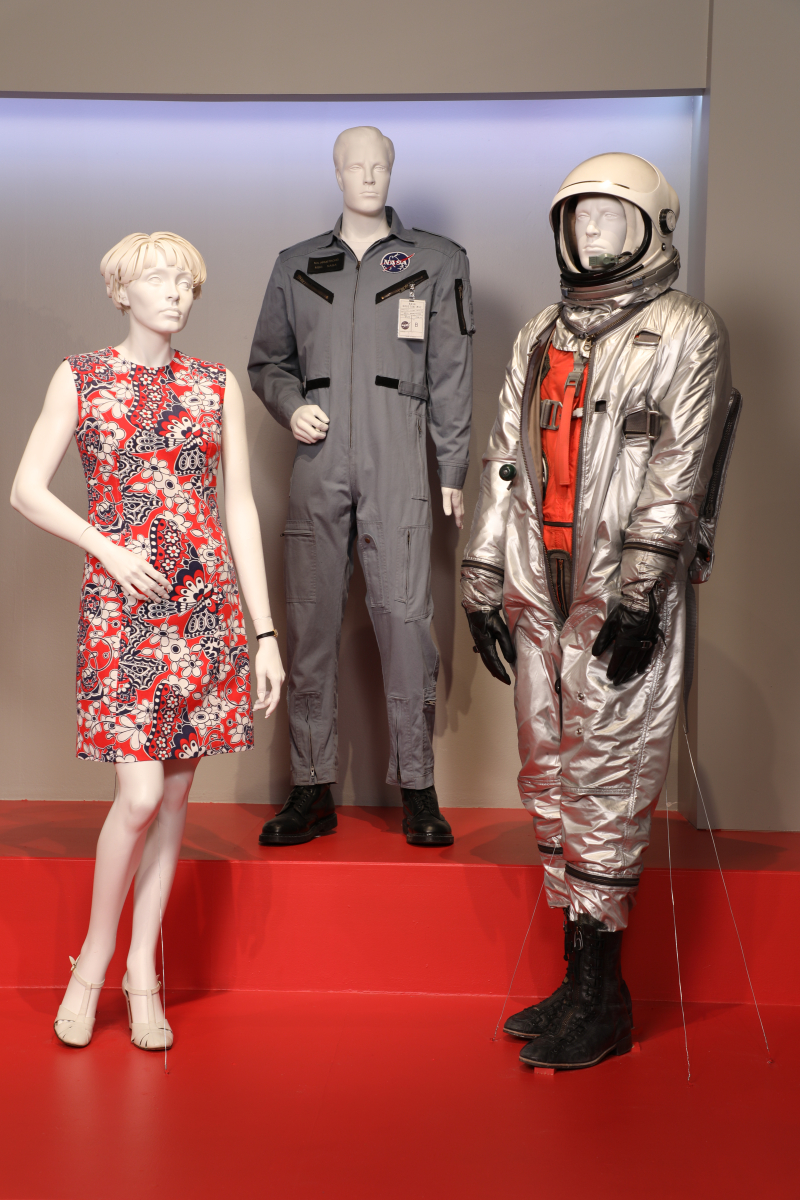 Having worked with Damien Chazelle on La La Land and First Man, what were some of the differences?

None! It’s just the subject matter. He has the whole movie in his head and he’s so well prepared – he knows it beat by beat, but without being constricted about it. He’s open to ideas and rehearsal and spontaneous things happening. He’s very intense, but in the most loving way. He’s such a nice guy and works his butt off. You’re going to work as hard as he is. He’s very open, he’s completely available to all of his department heads, he’s really communicative.

On La La Land we sat down – it was me and the Production Designer – and we went through the movie page by page and designed it at the table, deciding to have all of these things coinciding color wise and thematically. On First Man, Damien went through the script page by page, but he put it online. He made a bible, an annotated version of the script, and he distributed it to everybody. So it was a more high tech version of that meeting we had had on La La Land, where he kept on having to repeat it to every department head. We told him how valuable that meeting was, so he took that and made it so he could give it to everybody and have an online version of it. I still have it on my computer because it’s fascinating. I had gone over it initially, but before we would start to film scenes I would look at it again. It was a little bit more fleshed out and like I said it wasn’t just verbal – it was something tangible that we could look at over and over again. 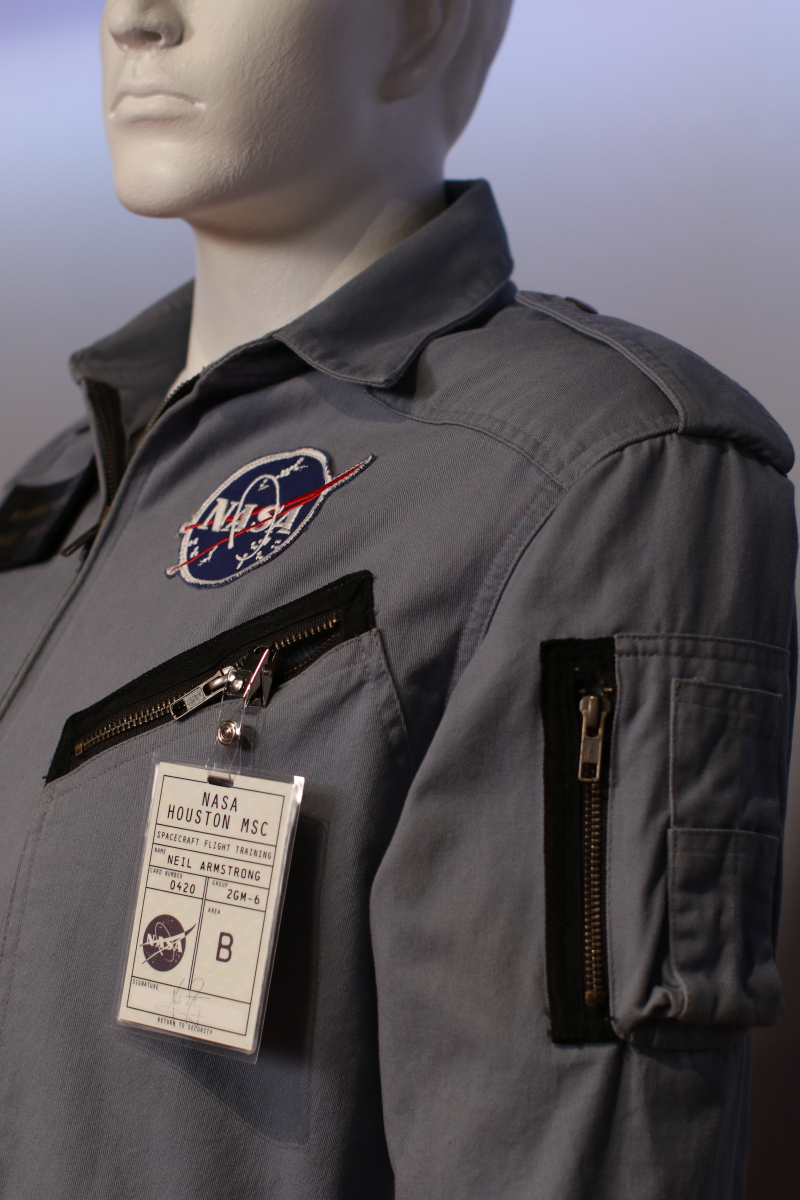 How many times do you find that shooting schedules are switched around and suddenly you have to scramble? Is that a common occurrence?

Yes, but usually you’re not just doing one week ahead. I like to be six weeks ahead if possible. Sometimes you’re scrambling, that happens all the time because they’ll lose a location or somebody’s ill. You have to be prepared.

So then you must be prepping all the scenes at the same time, so you’re not unprepared for a scene that’s suddenly in front of you.

Right. There is one story from True Grit when we were caught off guard. There’s a character who comes pulling up in a bear costume; it’s taken from the book. That was such a weird thing, and the guy that they cast was gigantic. So we went to this tanner in Montana who was curing a giant bear, and it takes a long time. It’s a process that I don’t really understand to this day! We had ordered it in prep. Then it snowed, and they wanted snow for his scene and they didn’t want it for what was supposed to be shooting, so they decided to shoot the bear scene the next day. But it was still being cured in Montana! You learn from those kind of mistakes – I won’t ever do that again. I went to a taxidermist in Albuquerque and literally bought bearskin rugs. There were about five and I took all of them! We sewed them together the night before and we were sewing until four o’clock in the morning. But it ended up being fine. 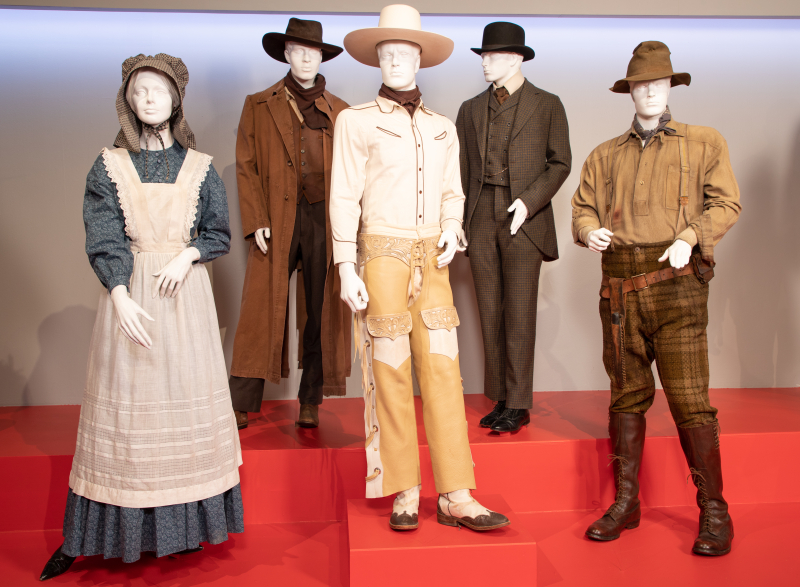 Are the Coen brothers very specific about what they want to see in their costuming, or do they leave it to you to present them with your vision?

It’s a little bit of both. They’re not specific, but the way they write their script is that there’s something very specific about the character without saying ‘they’ve got this on.’ Their scripts are great – they’re just like reading a novel.

How often does the actor who has to wear the costume stop what you’re doing?

It depends on who is directing the film, to be honest with you. People are surprisingly well behaved.

On First Man there were a lot of cast and we had done so much research – we were entrenched in it. Actors would come to their fittings – some of them were day players, and some of them were there for two or three weeks of shooting. They trusted that you had already done this research, because sometimes they had just gotten the part, or they were on another film and didn’t have time to do their own research. Some of the astronauts had astronaut boot camp which was great for them, but they were looking at the people they were playing for the first time in our fitting room. They’d never worn sixties clothes before, so they trust you. I also think that the actor has to be the one that goes in front of the camera, so they need to feel it. If they don’t feel it, then the costume designer has not done their job. It’s a balance, but chances are if they’re not feeling it I’m not feeling it. You just keep trying trying trying until you get it right. 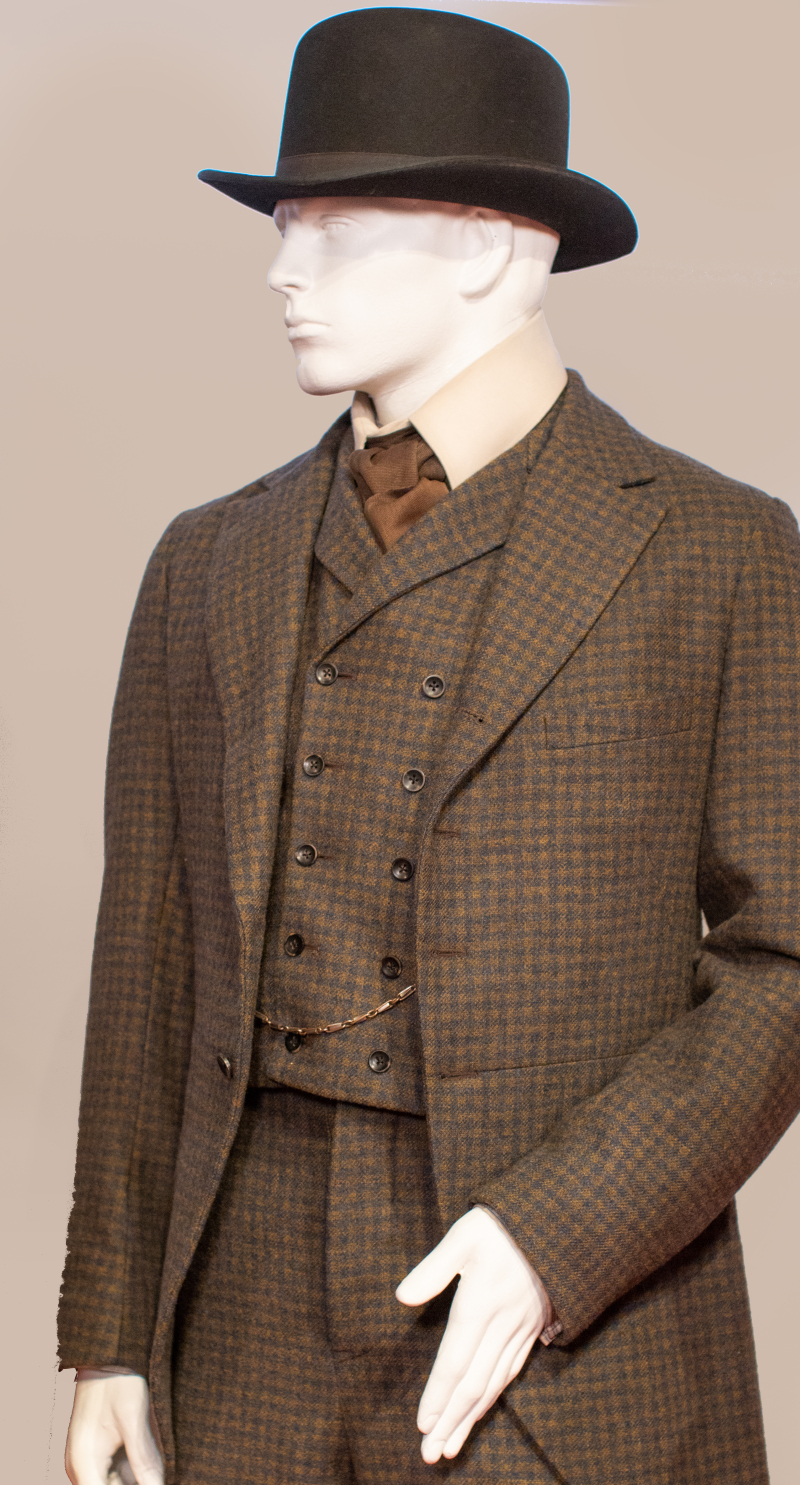 Is there time period that you haven’t done in film yet that you would really look forward to doing?

I would love to something in the early 1800s or royal court setting. I would love to do earlier. I’ve done a couple of Westerns but I want to do something fancier. I did my first bustle dress in The Ballad of Buster Scruggs and it was so fun doing the research and understanding the construction. Research is the best part of the beginning of the process, I think.

What’s the average time from when you sign the contract to the first day of filming?

It varies. I knew about First Man and Buster Scruggs eight months before I started, and I started doing the research in the fall. We started prepping Buster Scruggs in April and First Man in July, but I had started almost a year before that on both. But sometimes you’ll do something and you’ll start the next week! I find you’re rarely given enough time to do the research. A lot of times you’ll have eight weeks to prep, but you need all of it to do the prep. Nine times out of ten I try to do all my research and sketching before I start formal prep. 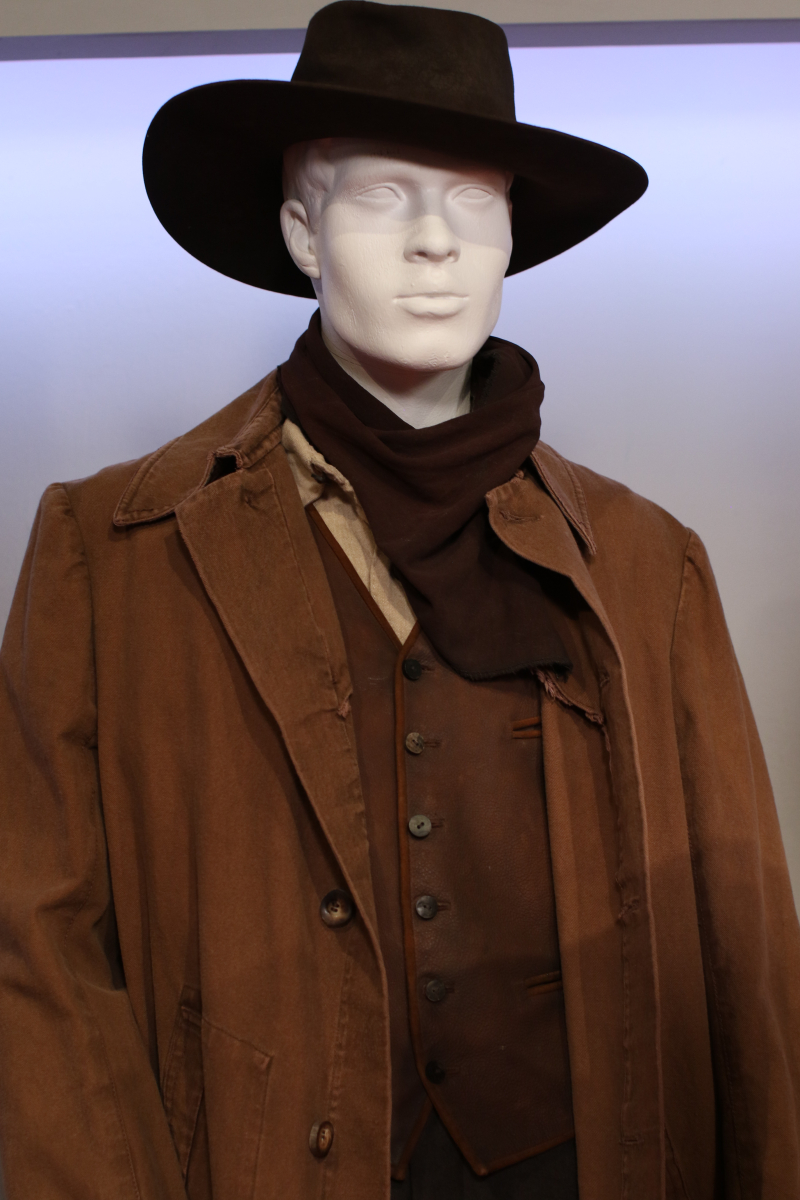 How do you determine what you’re going to build versus rent?

You start to learn that. You do a breakdown of the script, and you breakdown the character changes, and if something happens that requires a stunt or requires a double, then you know that chances are you’re going to have to make it, or you’re going to have to make a double. If it’s a contemporary movie then sometimes you shop a double. On First Man we didn’t know what we were going to make, but it just became evident. We knew we were going to make all the space suits, but for the civilian clothes, we tried to find what was authentic, and when we couldn’t find what we needed we started building.

On Buster Scruggs I knew ahead of time what I had to build. All the leads in the stories were built. Just because on a Western you always need a double, and it was so specific that we weren’t going to find it in rental houses. We did not make a double of Liam Neeson’s coat though – that was so big and and arduous that we only made one. We just took it off Liam and put it on the double! 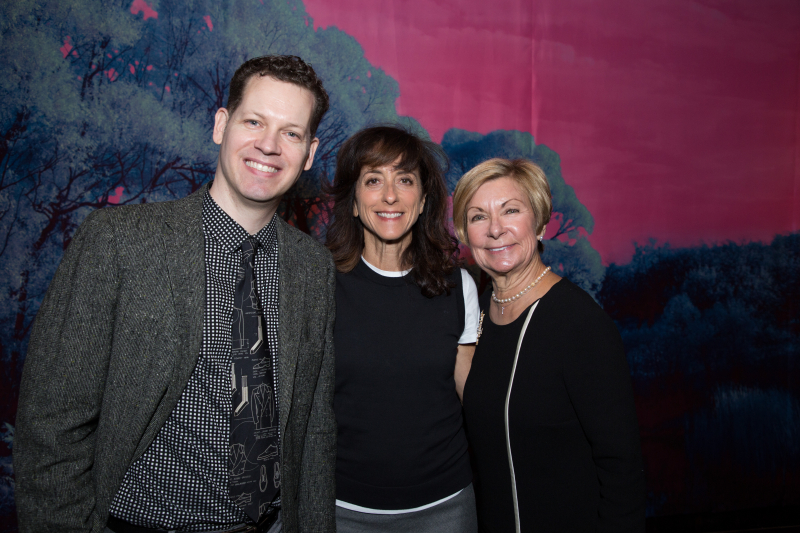 You can see costumes from First Man and The Ballad of Buster Scruggs on display in the Art of Motion Picture Costume Design exhibition, open until April 13! Exhibition hours are Tuesday – Saturday, 10 am – 5 pm; note that the exhibition will close at 3 pm on April 13.

One response to “Q&A with Costume Designer Mary Zophres”