Monkey fur inspires strong reactions. On my first encounter with a monkey fur coat, I was shocked by its smooth black locks, which were alarmingly similar to human hair. Among the FIDM Museum staff, we have differing reactions not only to monkey fur, but to fur in general. These differences in opinion arise during our frequent discussions about various aspects of fashion history, or when a new acquisition features fur elements. Despite any personal preferences, we all understand that fur has been an integral element of human dress for thousands of years and it is therefore important to both document and study examples of fur in fashion. Previously, we've written about our Ted Lapidus wolf and coyote fur coat and on issues arising from the use of feathers in fashion. 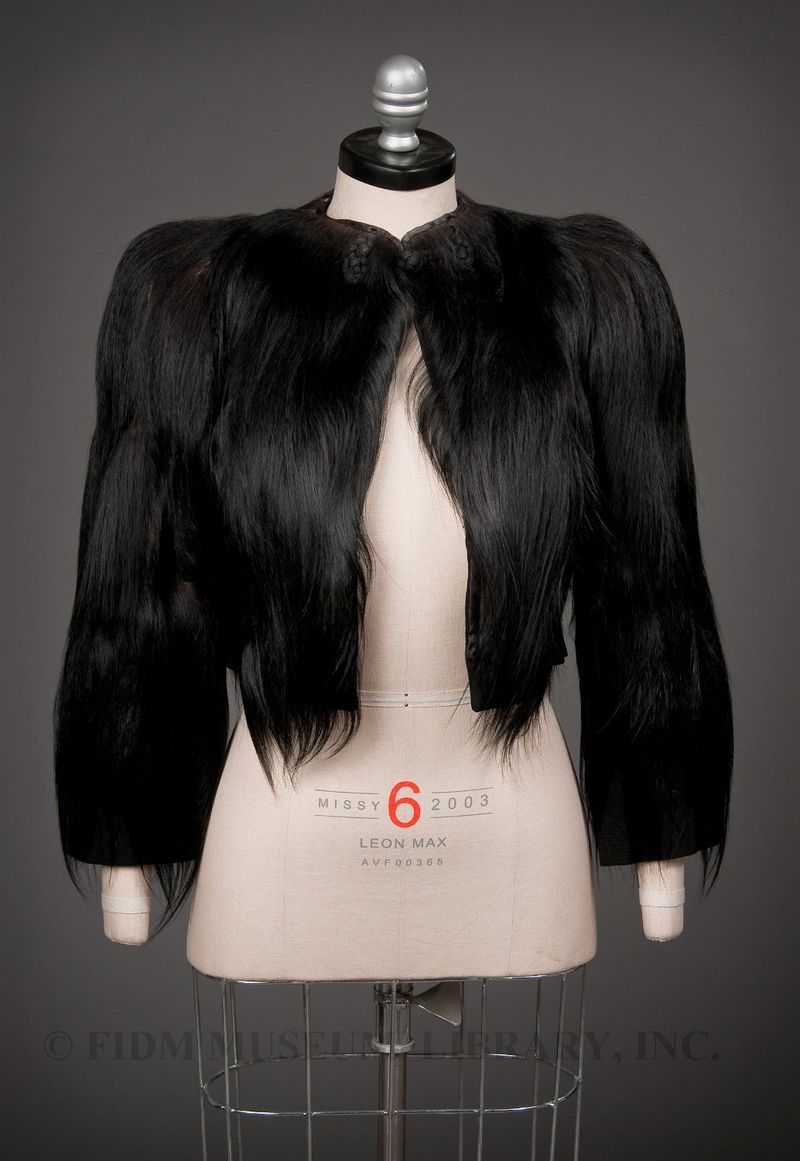 Though Elsa Schiaparelli is closely associated with monkey fur, sources indicate that it was also used in the nineteenth century. An March 1867 article from Arthur's Home Magazine describes monkey fur as "well-known," prized specifically for the way it hangs gracefully over the hands when made into a muff. A 1892 cartoon from La Vie Parisienne features a monkey pointing at woman clad in a hat and coat clearly made from monkey fur. The caption reads, "When O Ladies, will you stop creating beauty for yourselves out of our ugliness?" Though the meaning of the caption is a bit unclear, it suggests that animal fur might be better left on animals, rather than made into fur coats. This juxtaposition of virtuous animal and ravenous human is often used in contemporary anti-fur campaigns.

Schiaparelli brought monkey fur into the center spotlight during the 1930s. In 1933, Schiaparelli presented the "shoulder tray coat," a wool coat with a ring of long black monkey fur encircling the coat at shoulder height. Later in the 1930s, Schiaparelli introduced a number of garments featuring monkey fur, including a pair of short boots with monkey fur spilling over the foot opening, and a sweater covered front and back with monkey fur. After Schiaparelli incorporated monkey fur into her haute couture creations, it quickly appeared on ready-made garments. In advertisements and fashion coverage, sleek and shiny monkey fur was often described as modern, daring and sophisticated. Though monkey fur had a particular cachet, fur of all types was frequently incorporated into 1930s fashionable dress, particularly outerwear. Our late 1930s monkey fur coat bears a tag reading Peyton's, Oklahoma City. Clearly, a desire for monkey fur spread far and wide from Schiaparelli's Paris salon! 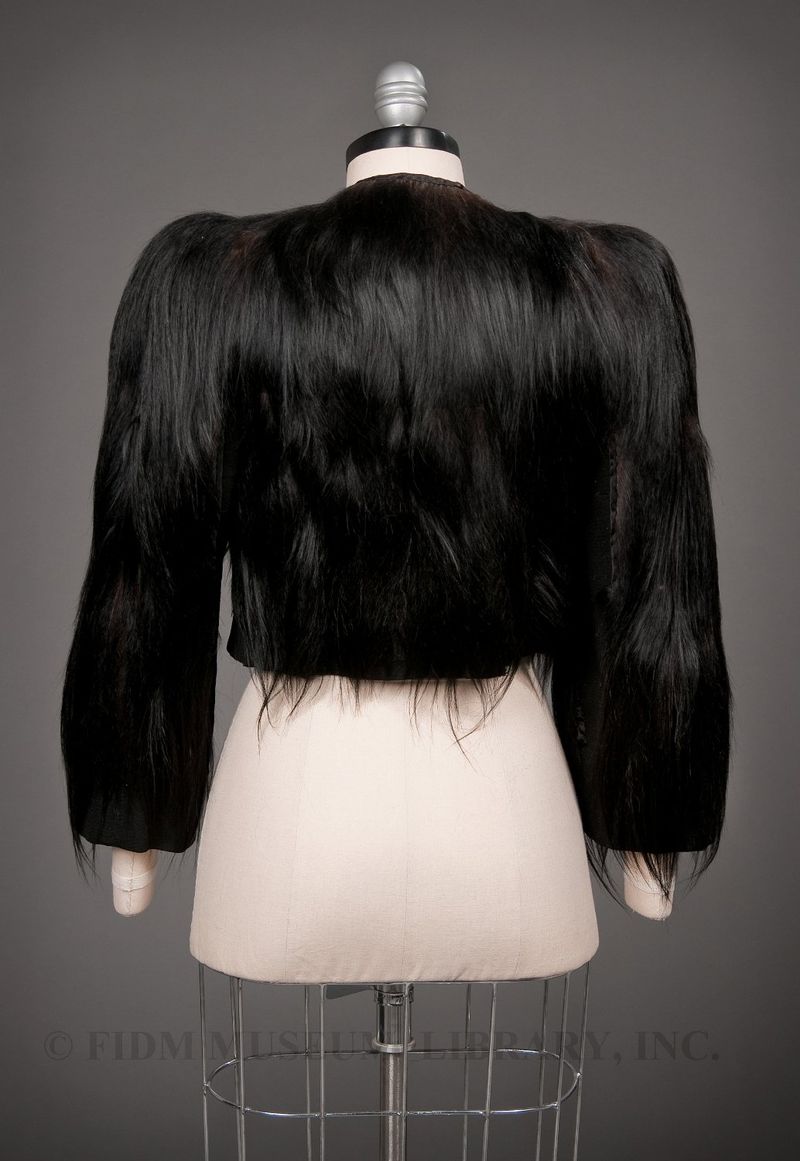 The type of monkey fur used by Schiaparelli and the maker of our bolero comes from the colobus monkey. Native to Africa, the colobus is an arboreal monkey, meaning it spends most of its life in the tree canopy and rarely descends to solid ground. There are multiple types and colors of colobus monkeys, though the black and white variety was most commonly hunted for its distinctive, long fur and striking dark color. Though no longer sought after for use in western fashionable dress, the colobus is currently at risk from habitat loss due to deforestation.