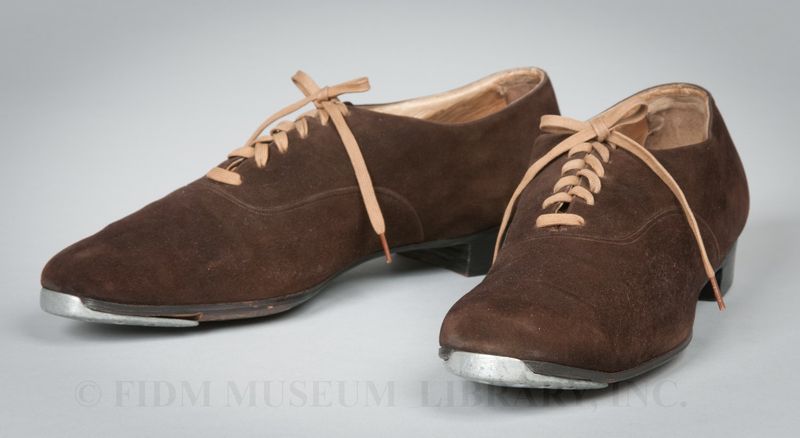 By the time he first appeared in a Hollywood film in 1933, Fred Astaire was already an experienced and popular performer. Born in Omaha, Nebraska in 1899, Astaire first encountered dance classes as a toddler, when his older sister Adele was enrolled in ballet classes. Their parents believed that Adele might be talented enough for a performance career, so when the children were only 5 and 7, the family moved to New York. The family (still using their original name Austerlitz) had no connections in New York, very little money, and the name of a dance academy recommended by Adele's Omaha dance teacher. Whether by design or happenstance, once the Astaire family settled in New York, Fred and Adele were both enrolled in dance classes. Fred and Adele's teacher felt that the children had some talent, and developed a brother-sister act for the siblings. Changing their last name from Austerlitz to Astaire, the siblings began performing a comedic dance act on the vaudeville circuit.

The duo worked at their career for many years before appearing on Broadway in 1917. Their act consisted of dance and light comedy, and received acclaim in both the United States and Europe. Steadily gaining in popularity, the Astaires continued their partnership until Adele retired from the stage in 1932. Though both Astaire siblings were talented, Adele was often considered the more talented and vivacious half of the pair. Her retirement allowed Fred's reputation and career to grow tremendously.

Almost immediately after Adele retired, Fred Astaire moved to Hollywood and began a long career in film and television. In 1933, he had a bit part as himself in the Joan Crawford/Clark Gable film Dancing Lady. That same year he had a larger role in Flying Down to Rio. This film featured the first onscreen pairing of Astaire and Ginger Rogers; they would be a famous performing duo. In this clip from Flying Down to Rio, Rogers and Astaire interpret a Latin-style dance. Their dance begins at about three minutes. 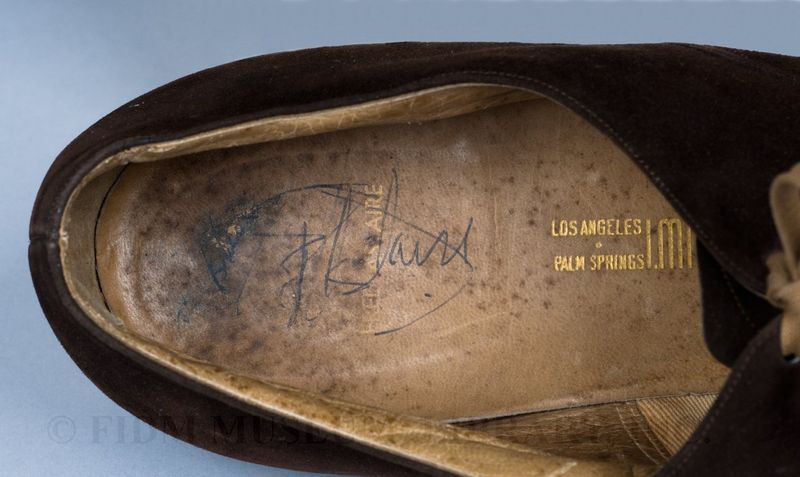 This pair of brown suede tap shoes worn by Fred Astaire date from the 1930s. We are still working to determine exactly when and where they were worn. Several biographers of Fred Astaire have noted his perfectionist tendencies. He reportedly practiced, practiced and practiced again to achieve his fluid, elegant dance persona. These well-worn shoes bear witness to this effort.

Even today, Astaire is considered a style icon. He is often remembered in elegant formal dress, as he wore in the 1935 film Top Hat. In his 1959 autobiography, Astaire admitted his dislike of formal wear, writing, "At the risk of disillusionment, I must admit that I don't like top hats, white ties and tails."1 He was fastidious about his wardrobe and had strong ideas about how men should dress. In an extensive GQ interview from August 1957, Astaire detailed his style preferences, including his taste in tie width, shirt cuffs, and tailoring. Most notable is Astaire's preference for using silk handkerchiefs instead of belts! To get the full story on Fred Astaire's personal style, read the interview here. 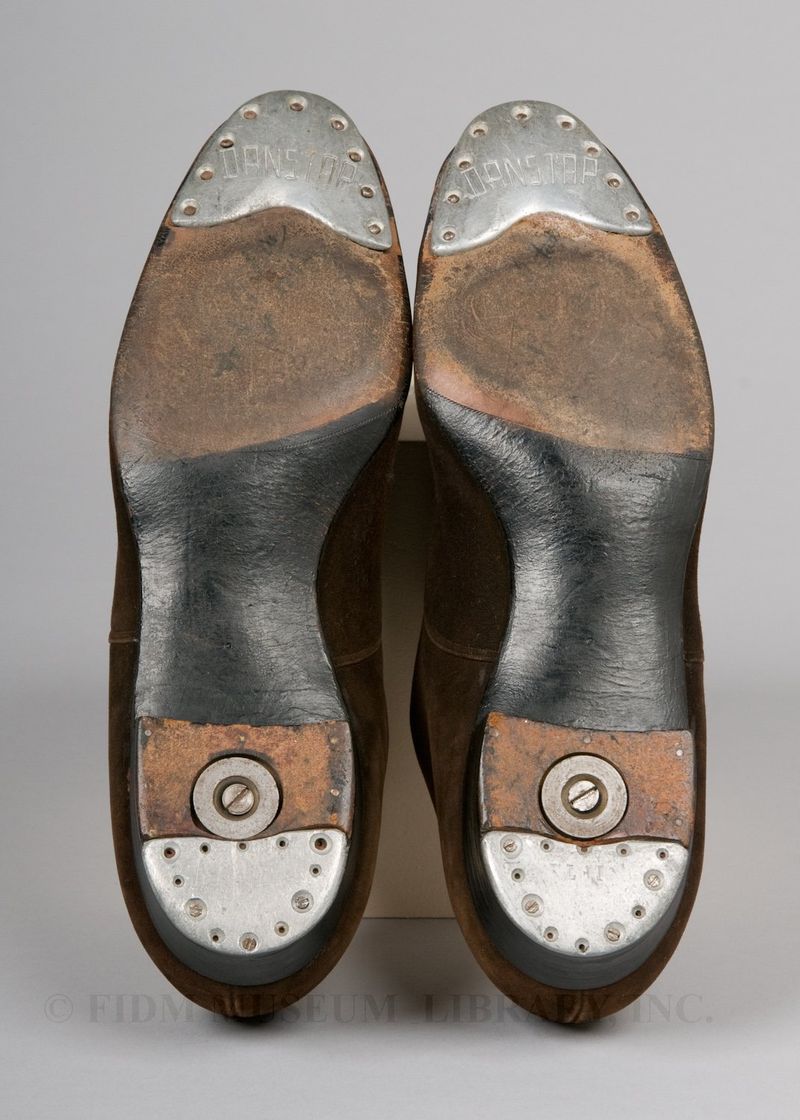