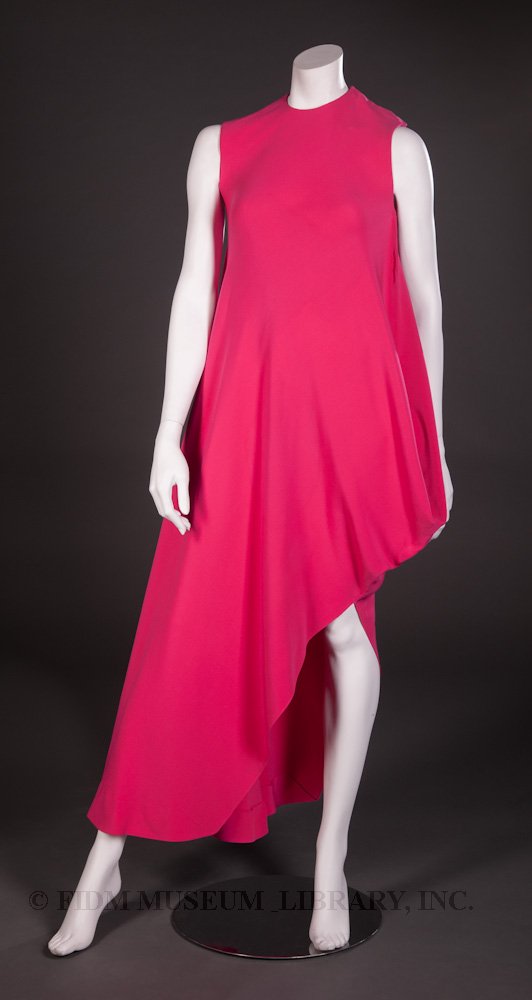 Madame Grès (1903-1993) made no effort to create a cult of personality around her work instead, she was purposely obtuse, often providing opaque answers to questions about her early career and education. The evolution of her name is but one example of this mindset. Born Germaine Emilie Krebs in Paris, she was known professionally as Mademoiselle Alix, Alix, and Alix Barton before becoming Madame Grès in the early 1940s. This name was adopted from her husband, a painter named Serge Anatolievitch Czerefkow, who signed his works Gres. The couple married in 1937 and had one daughter (Anne) in 1939. Though they never divorced, Czerefkow made his home in Tahiti, while Madame Grès lived and worked in Paris throughout her lifetime.

As a child, Madame Grès hoped to become a sculptor, an ambition not supported by her parents. Instead, she trained as a dressmaker, probably working as an in-house milliner at the Parisian department store Au Bon Marché and later as a designer for the Premet couture house. Her interest in sculpture is evident in her work, with early designs featuring drapes, twists, and gathers that suggest the garments portrayed in classical statuary. Madame Grès also drew inspiration from untailored garments like the sari and kimono. 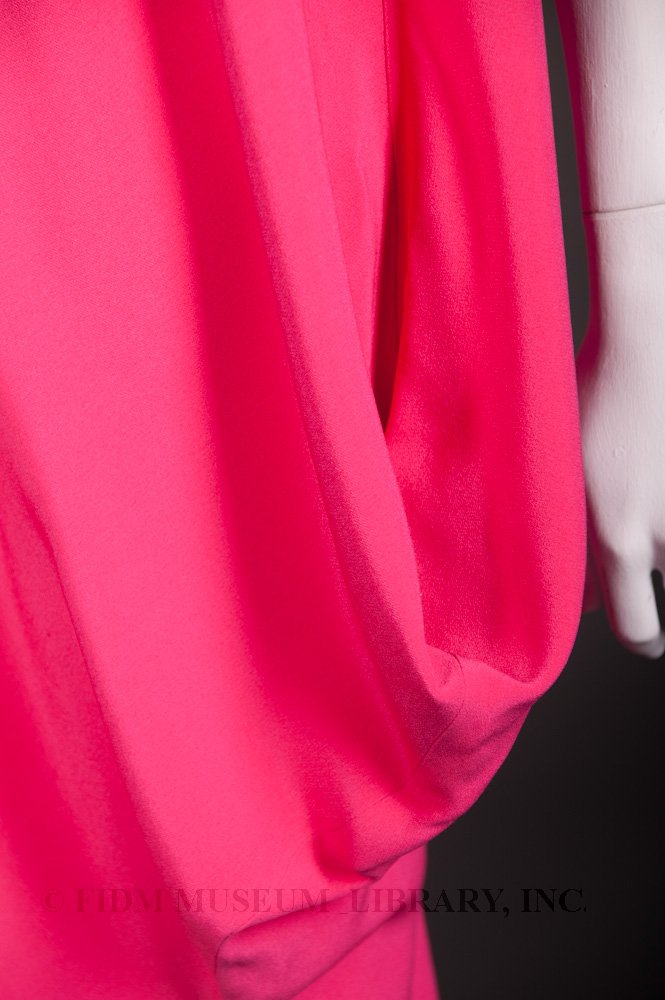 Like Madeleine Vionnet, Madame Grès preferred to create her designs by draping fabric on a small wooden mannequin. An observer described her process as something of a battle between designer and medium: “When one works with a fabric and not a pencil there are no laws…sometimes the fabric dominates her, sometimes she dominates the fabric.”1 This painstaking design process demonstrated Madame Grès commitment to the haute couture. Though she dabbled in ready-to-wear, producing several short-lived lines, she was always dedicated to the careful craftsmanship necessary in creating a couture garment. Making garments that could easily be reproduced in mass quantities was of little interest to Madame Grès.

The shocking pink, asymmetrical dress pictured here dates from the latter years of Madame Grès distinguished career. Though much of Madame Grès’ work used the body as a foundation to explore the possibilities of twisting, draping, and pleating fabric, this cocoon-like dress almost ignores the body. An exploration of form, the dress displays a titillating amount of leg, a revelation aligned with late 1960s fashion. No zippers or buttons mar the lines of the dress. Instead, Madame Grès placed a line of hidden snaps at the shoulder, a natural breaking point for any garment.