“No one was more skilled at combing history and the far corners of the world for inspiration and translating these foreign motifs into contemporary Parisian terms.”[1]

Paul Poiret is often credited with bringing elements of Far East design into French high fashion in the early twentieth century. Yet there were several forward-thinking houses that excelled at combining international inspiration with exquisitely-made couture garments. Callot Soeurs, a business run by the talented Callot sisters, was known for tunics, lingerie, nightgowns, and evening wear that incorporated touches of the exotic in the most elegant fashion. Whereas Poiret’s designs at times veered toward the outlandish, “it is hard to describe Callot Soeurs as either conservative or radical, so thoroughly combined and compatible are the traits of each pole.”[2] The house was adept at creating clothes that were both cutting-edge and wearable. 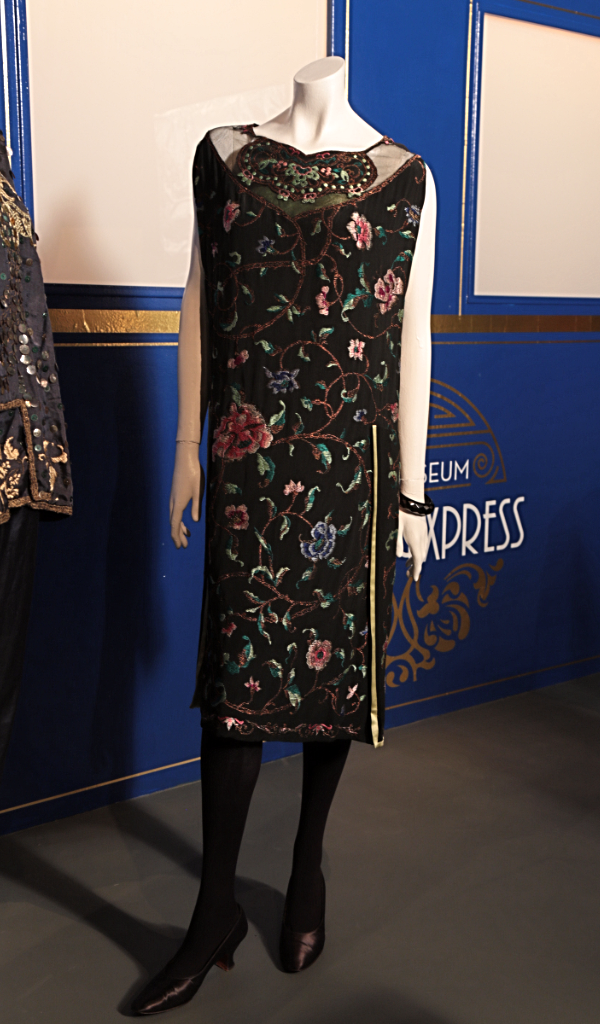 Marie, Marthe, Régina, and Josephine Callot grew up surrounded by artistic inspiration; their mother was a lace maker, and their father was a painter and design instructor.[3] After running a small lace, ribbon, and lingerie shop in Paris, they opened their first boutique in 1895, where eldest sister Marie Callot Gerber was head designer.[4] Sadly, youngest sister Josephine committed suicide in 1897, leaving her three sisters to run the house.[5]

Callot Soeurs’ early designs showcased the family’s abilities with lace and delicate fabrics – feminine fashions, but not overtly saccharine. Madame Gerber, an eccentric and highly fashionable dresser, grew more experimental with her designs as she explored Asian art through her friend Edmond de Goncourt, a respected art critic and collector.[6] Though France had long embraced Orientalism, the Eastern aesthetic influence on European art, the country’s affinity for Japonisme culminated at the 1900 Exposition Universelle, where Callot Soeurs was among the French couture houses selected to display their work.

In addition to Japan, Callot Soeurs looked internationally to countries like India, China, and Morocco to inspire their silhouettes.[7] Peonies, as seen in this c.1925 dress on display in the FIDM Museum’s exhibition Exotica: Fashion and Film of the 1920s, are traditional floral symbols of China. Callot Soeurs’ gowns often featured elegant embellishment, and they specialized in this type of horizontal embroidery. The glossy, ink-black fabric suggests China’s famous lacquerware. 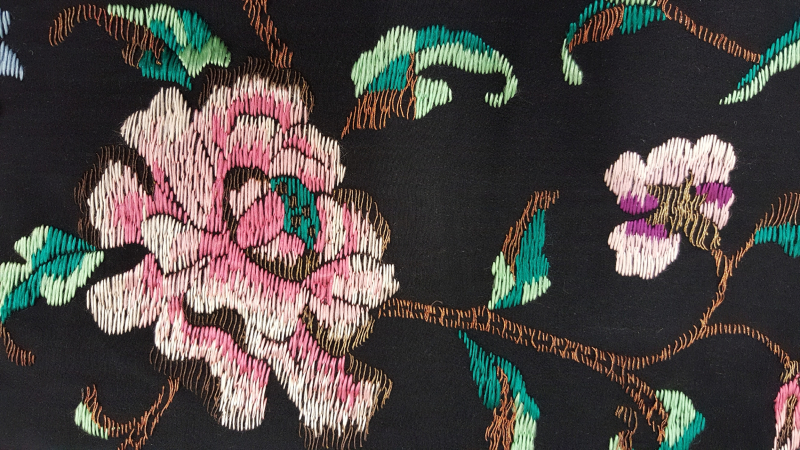 In all of her innovative designs, Marie Gerber always put the woman first: “The dress is everything which should be part of the woman, not the woman part of the dress.”[8] Fitting words coming from a business run by women, for women – a boundary-pushing scenario for the early twentieth century. One woman in particular benefited from the tutelage of Marie and her sisters: Madeleine Vionnet, who would go on to become a famous couturier. Vionnet served as head seamstress at the fashion house in her apprentice years, and credited the sisters with teaching her about fine craftsmanship. She declared, “Without the example of the Callot Soeurs, I would have continued to make Fords. It is because of them that I have been able to make Rolls Royces.”[9]

Marie Gerber ran the house alone after the death of her sister Marthe and retirement of Régina in 1920. When Marie passed away in 1927, her son Pierre Gerber took over. Despite his best efforts, the once beloved fashion house dissolved in the 1930s, unable to recover from the economic impact of the international financial crisis. Women’s Wear Daily reported news of the closure with regret and lauded the respected fashion house: “Callot Soeurs was considered truly representative of the French tradition and exerted great influence during its reign.”[10]