Today’s blog post was written by summer intern Jessi Sachs, recipient of the 2017 Joan & Donald Damask Study Grant. Jessi is entering her first year of the Fashion and Textiles Master’s Degree program at the Fashion Institute of Technology in New York City. This research focuses on the Damask Henri Bendel Archive at the FIDM Museum and draws upon oral histories conducted with Donald Damask from 2013-2017.

As a native New Yorker with four generations of familial ties to the city’s Garment Center, I was inherently drawn to the Damask Henri Bendel archive at the FIDM Museum.

Originally opening as a millinery shop in 1896, Henri Bendel was early on hallmarked for its exclusive imported French designs and meticulous authorized copies of French couture. 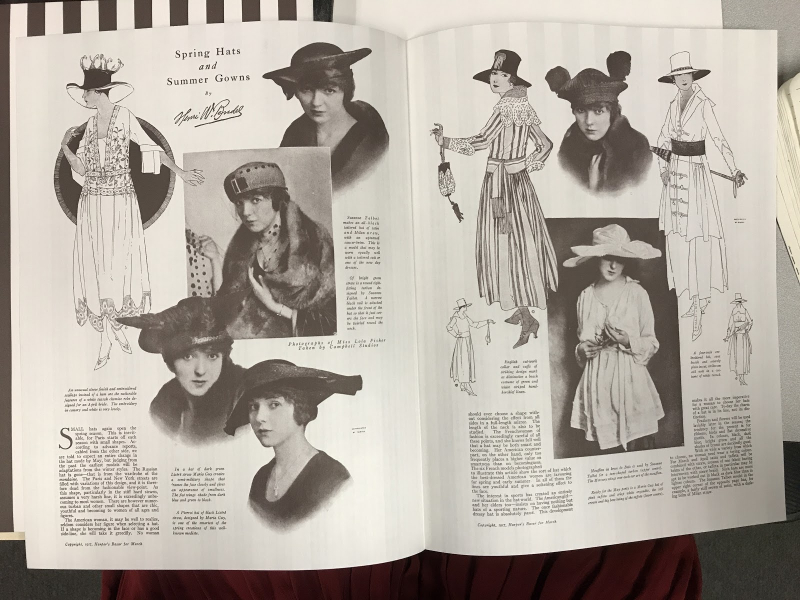 Henri Bendel was born in 1858 in Lafayette, Louisiana. Being Cajun, he spoke French and had a deep connection to his French heritage. Numerous trips to Paris gave him a firsthand look at what new fashions walked along the Rue de la Paix, and inspired him to bring back designs to the U.S.[1] 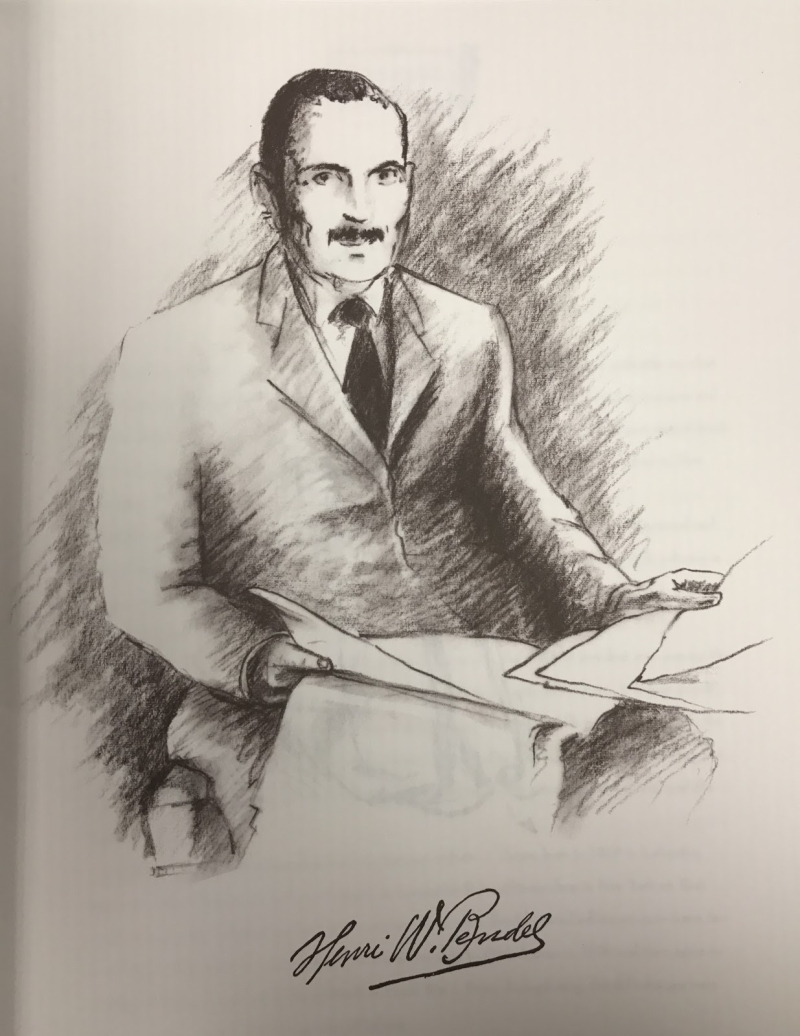 The Henri Bendel Flagship store, located in Manhattan, is situated in landmark buildings along Fifth Avenue. Walking through the front doors is like stepping into Emile Zola’s The Ladies Paradise; the customized vined, floral René Lalique windows are the pearly gates that greet visitors as they enter heaven on earth. The Henri Bendel brand is synonymous with luxury, impeccable quality and style, and personalized customer service. It is the unequivocal Bendel commitment to the customer that inspired me to learn more about this iconic style establishment. 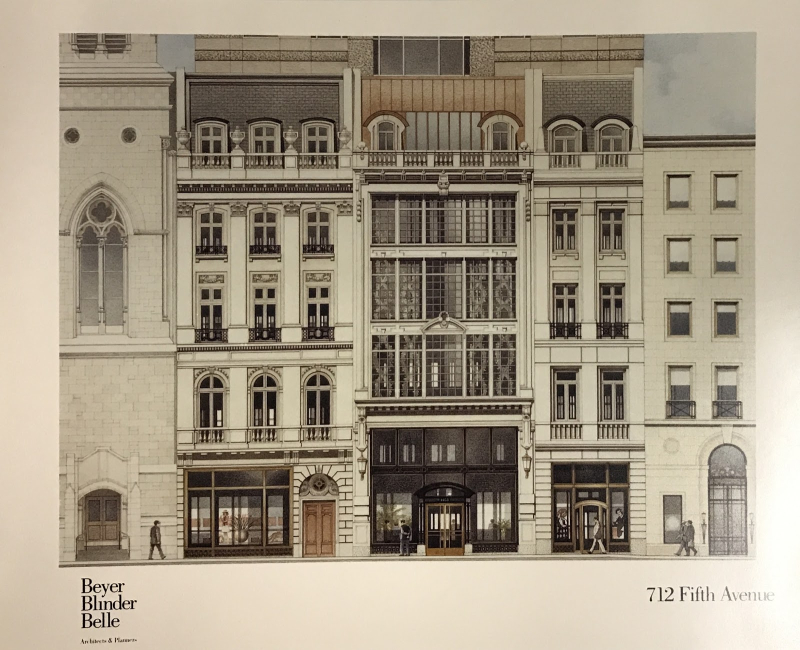 Perusing the archive of marketing materials from Henri Bendel, it became evident that ordinary Bendel customers were treated with the same accord as celebrities who often frequented the store. According to Susan Falk, President of Henri Bendel through the nineties, “Everything we think about is customer driven, from the finest fashion to our legendary personal service.”[2]

What quickly captured my attention in the Damask Bendel archive were the small metallic employee pins designed by Mr. Donald Damask, Vice President of Marketing at Henri Bendel during the early 1990s. The insignia on the pins fascinated me and I needed to know more about the people who wore them. I learned that Bendel employees were recognized throughout the store by their neutral toned and understated outfits distinguished with the small “HB” pin, which were worn like badges of honor. The pins were made of different metals, each signifying an employee’s position within the store. Store Managers wore gold, Associate Managers wore silver and Sales Associates wore bronze. The “HB” monogram was placed at center, with a ribbon creating the outer oval shape, forming a neat bow at its base. Fine miligrain was carved out of the outer shape. 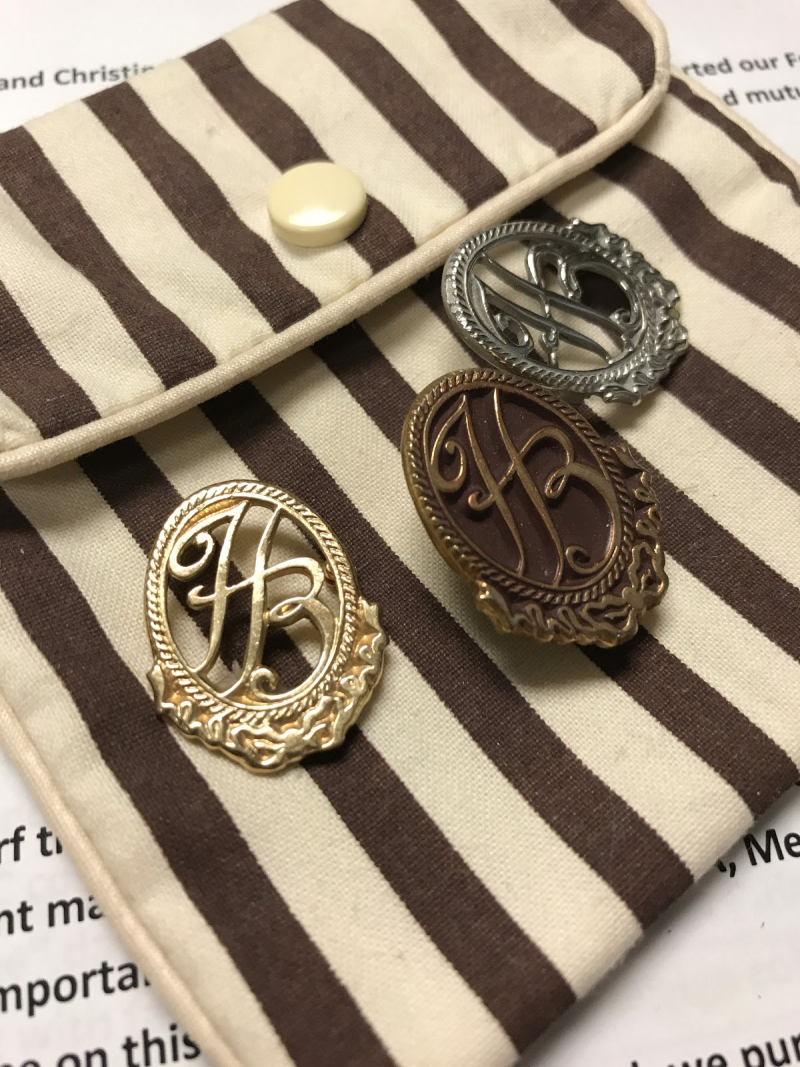 Mr. Damask told me that he designed the pin’s “HB” in a smooth, swooping cursive font to mimic the iron “HB” central stair banister in the entrance of the store. Only about one square inch in size, these pins reassured customers they would be helped by an experienced hand and an educated eye.

Bendel Sales Associates, referred to as Stylists, were selectively hired for each salon within the store, based on individual flair, to suitably assist customers. Each Stylist complemented the ambiance of the salon in which they were stationed. Store Managers conducted daily, salon-wide, morning meetings with their Stylists, who were encouraged to envision where there may be cross-over between accessories and garments. This training enabled the Stylists to smoothly guide customers through the “Street of Shops,”[3] many small shops housed within the Fifth Avenue location. This seamless and carefully crafted shopping experience came with personalized care and educated employees. Staff members were known to remember their customers’ lifestyle preferences and past purchases. Some of the best Sales Associates were known to have Rolodexes, commonly referred to as a “million dollar book,” filled with contacts they could call upon to make their monthly numbers.

Along with providing New York ladies with pieces from established European fashion houses, the store is famed for being one of the first American retailers to carry the French newcomer Givenchy in 1952,[4] and for selling the first three Mary McFadden designs.[5] Henri Bendel also created the “Young Createurs” salon, which featured new designers, both European and American, like the store’s namesake. Every first Friday of the month, eager new designers waited in lines outside the New York store and had the opportunity to pitch their looks to Henri Bendel buyers. Some discoveries through the store’s history include John Kloss, Steven Burrows, and Nicole Miller.

Mr. Damask recounted that during his tenure at Henri Bendel, his comprehensive understanding of the store and attention to detail helped bring the original spirit of Henri Bendel to its Fifth Avenue location. He told me everything he did at the store needed to measure up to Mr. Bendel, and he always sought to infuse the store with original “HB” energy. Mr. Damask brought back “Open See” days for new designers, created the store layout, and worked with famous fashion photographers such as Horst P. Horst, Patrick Demarchalier, and Steven Klein. He always had in mind, “If Henri Bendel was here, what would he want?”

In many ways, Mr. Damask and Mr. Bendel are kindred spirits, both having extensive successful careers and a broad range of talents and interests. In addition to managing his store, Henri Bendel personally decorated the store display windows,[6] wrote monthly style columns for Harper’s Bazaar,[7] and created his own brand of perfume in 1910, which launched his cosmetics line. In like manner, Donald Damask has an innate interest in fashion design, merchandising, and marketing. He developed a soap line for the store and has extensive training and experience in theatrical display. Mr. Damask’s creative talent and keen understanding of Henri Bendel’s vision enabled him to stamp his own distinctive mark on this premier luxury retail brand and iconic New York City landmark.