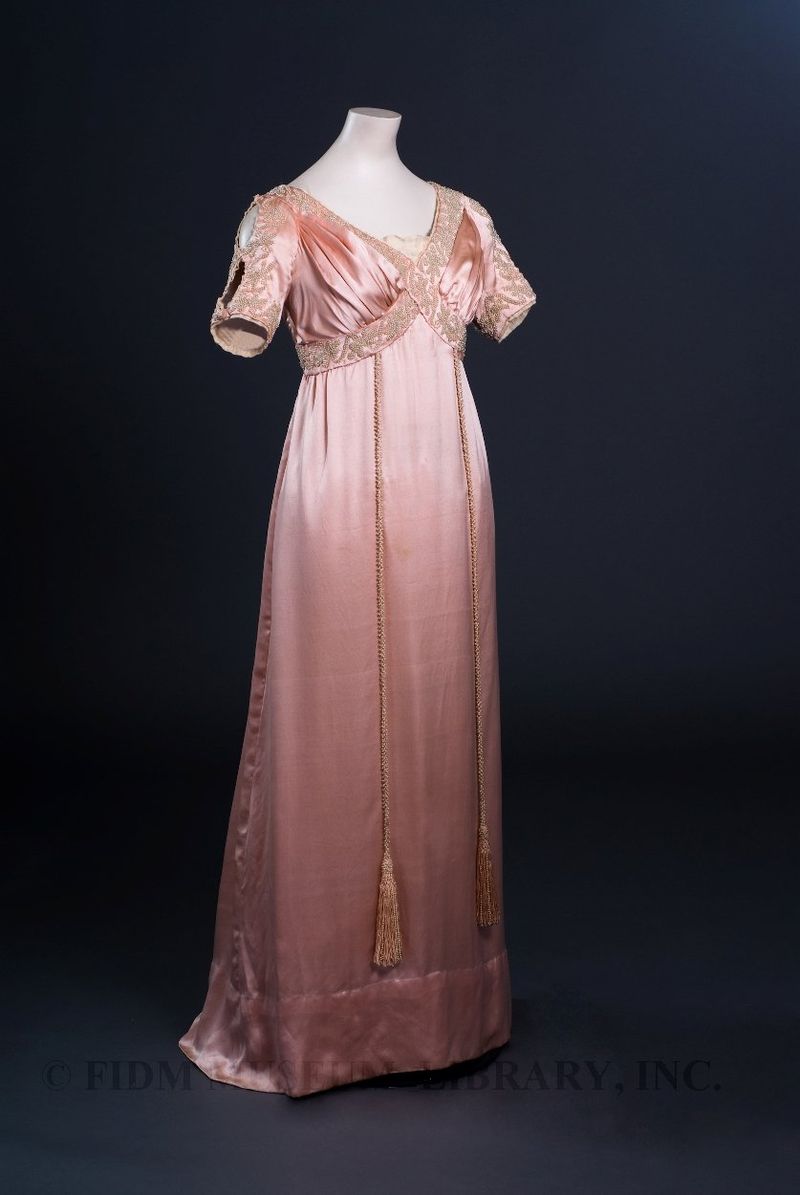 Liberty & Co. opened in London's West End during 1875. Founder Arthur Lasenby Liberty stocked his small shop with goods imported from the Middle East and Japan, including curios, porcelain, fans and lengths of fabric. Liberty's shop had a bazaar-like atmosphere and attracted a clientele sympathetic to the ideals of the Aesthetic Movement. From the beginning, textiles were an important part of Lasenby's retail plan. In addition to stocking imported textiles, Liberty & Co. soon began commissioning furnishing and dress textiles from known and emerging artisans. These textiles were all marketed under the name "Liberty Art Fabrics." The most distinct of these textiles were densely patterned and often borrowed imagery from the natural world. One pattern frequently associated with Liberty & Co. features overlapping sprays of peacock feathers. This pattern was designed in the late 1880s, and is still used by Liberty & Co. today. Other textiles were soft, solid color silks in a variety of weights. Whether patterned or plain, Liberty textiles were prized for their softness and graceful drape.

In 1884, Liberty & Co. established a costume (dress) department under the leadership of architect E.W. Godwin. Like Arthur Lasenby Liberty, Godwin was involved in the Aesthetic Movement. Due to his relationship with actress Ellen Terry, Godwin also had experience as a costume designer. Under Godwin, the Liberty & Co. costume department created garments based on the principles of Aesthetic dress, including a loose, unstructured fit and garment shapes and embellishment from the past or non-western cultures. The smocked dresses so closely associated with Liberty & Co. borrowed from the work clothing of English farmers, while other styles were based on Liberty & Co. interpretations of medieval dress. The draped garments of Ancient Greece also inspired a number of Liberty & Co. gowns, including our pink silk satin evening gown. 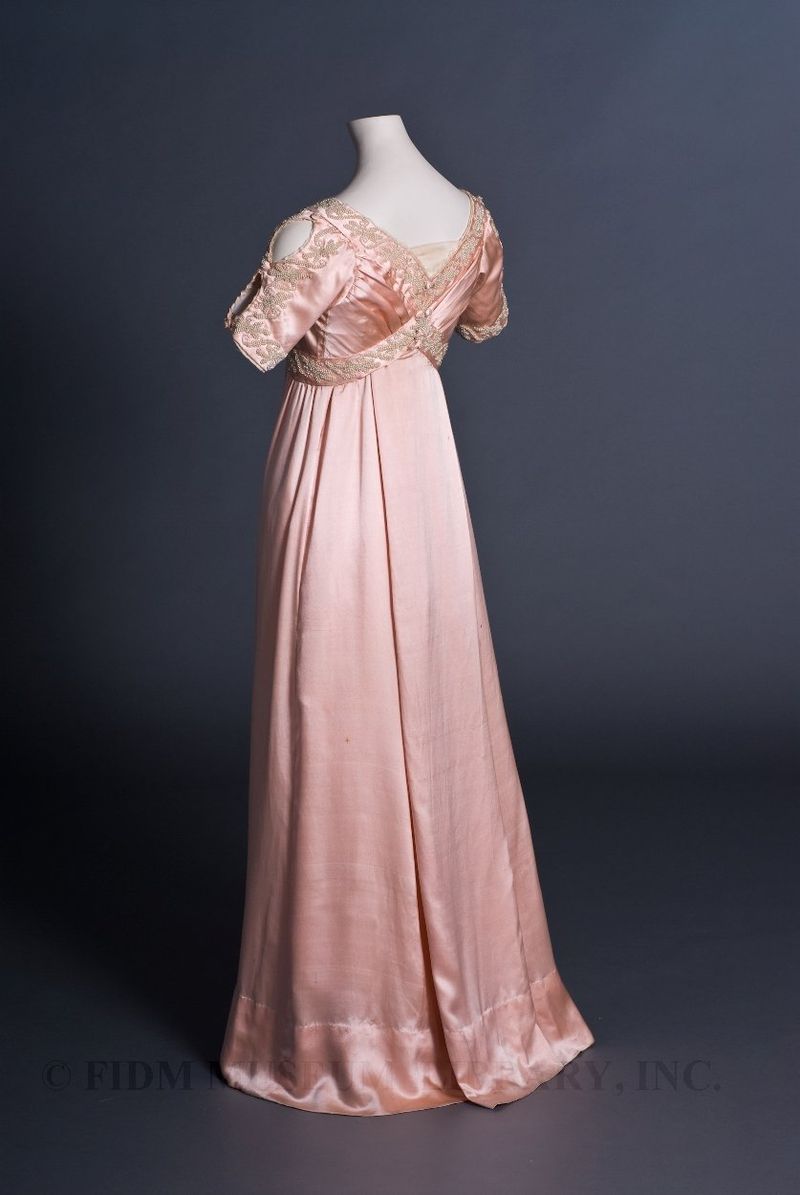 The raised waist of this satin evening gown is in the Empire style, modeled after dress of the Empire period in France (1804-1814). Empire style was itself based on the dress of ancient Greece, in which women's unstructured garments were banded under the bust with an adjustable cord. In our Liberty & Co. evening gown, the criss-cross beaded bands hint at this feature of ancient dress. The mode of embellishment seen on this dress, bands of beaded or embroidered fabric contrasting with a solid ground fabric, appears frequently on early twentieth century Liberty & Co. garments, including wraps and dresses.

See the peekaboo shoulder cutout in the image above? This design element also suggests classical dress. The basic garment of ancient Greece was the chiton, which consisted of two squares of fabric sewn together at the side seams. The top edge was either sewn or pinned together with extended openings left for head and arms. If pinned together, the spaces between each pin left small gaps through which skin could be glimpsed. Look carefully at this marble statue of the Greek goddess Themis and you can see small oval gaps in the shoulder of her carved chiton. Notice also the cord cinching the draped folds of the chiton under the bust. 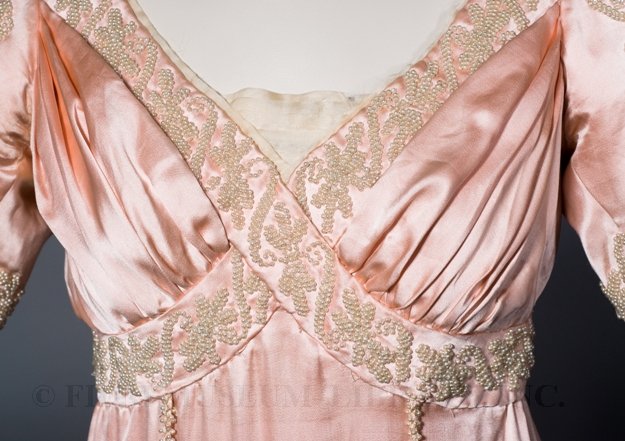 Though based on classical dress, this Liberty & Co. evening gown features an innovation unknown to the ancient Greeks: a fully boned inner bodice. This concession to fashion was surely incorporated to appeal to a wearer who was interested in moving beyond the dictates of high fashion, but wasn't quite ready to abandon her corset. It also indicates that Liberty & Co. was successful at mediating between an idealized vision of unrestrictive dress and commercial viability.