The Helen Larson Historic Fashion Collection, which the FIDM Museum is currently fundraising to acquire, includes over 50 ensembles worn by British royal women. In this blog post, Associate Curator Christina Johnson examines a dress with royal provenance, utilizing letters in the Helen Larson Papers and additional primary source material to trace a path back to its original wearer.

After reading hundreds of her letters, I understand that Helen Larson was absolutely intrigued with royalty. Most of her pieces with royal provenance were acquired during the 1960s and 1970s, when she employed British costume historian and dealer Doris Langley Moore to bid for her at auctions as well as make contact with extended members of Britain’s royal family in hopes that they might part with old clothes worn by their illustrious relatives.

At Helen’s request in 1977, Doris wrote to George Lascelles, Seventh Earl of Harewood. He had been a member of Doris’s Museum of Costume Committee in the 1950s, when she was trying to find a home for her own collection of antique clothes. 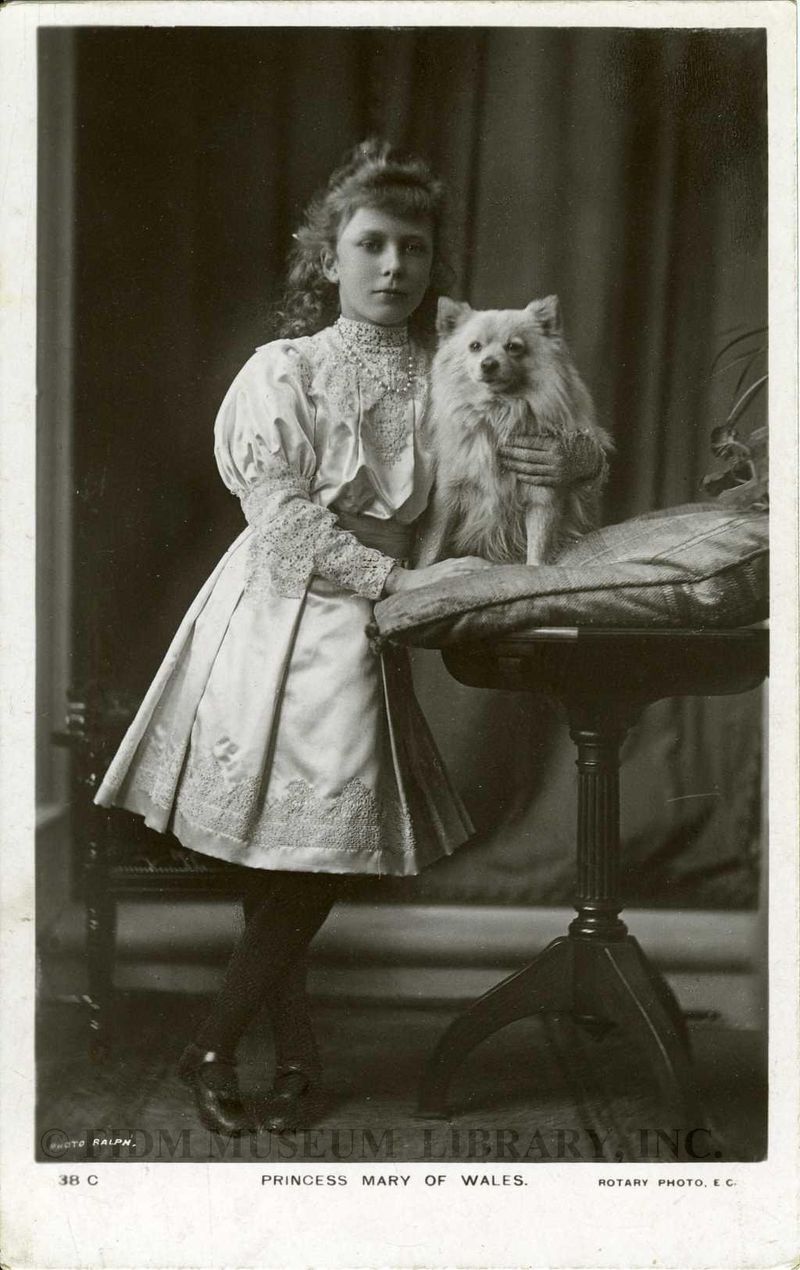 His late mother was Princess Mary—daughter of George V and Queen Mary. Doris stated her client was “anxious to acquire [a gown] with associations with Harewood House and the late Princess Royal”1 for a forthcoming exhibition in Japan on attire worn in British Manor homes. At first, the Earl was only willing to lend a gown for the exhibition. He wrote that he still had his mother’s wedding gown, her going-away dress, and a couple of evening gowns. Doris updated Helen, “It would be a great acquisition for your collection of ‘royals’ if I could get you the going-away dress…”2 But, “I suppose it is rather delicate for Lord H. to sell his mother’s dress, though he has parted with such items as silver, I believe.”3 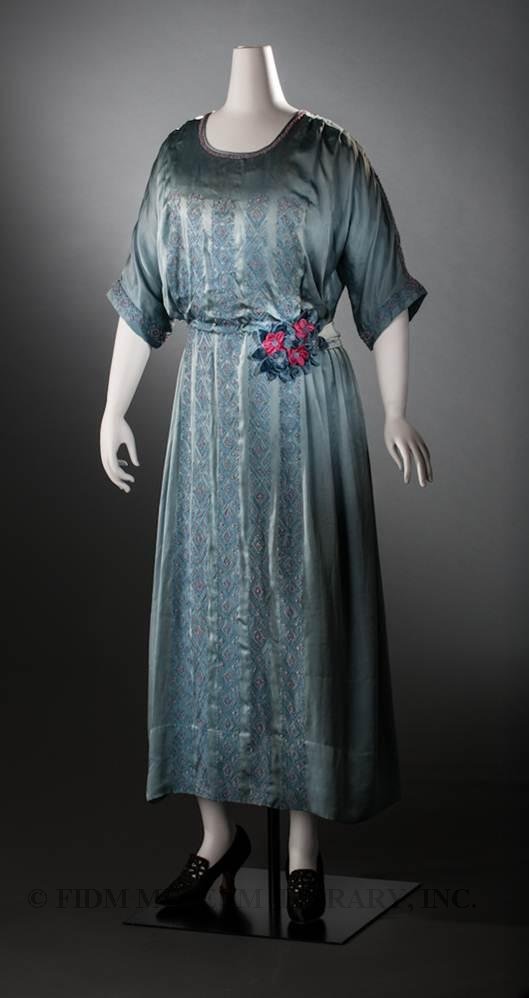 But by June of 1977, the going-away dress was in Southern California and in Helen Larson’s hands. It was definitely purchased from Lord Harewood, who identified it as being worn by his mother in letters to Doris. “H.R.H. Princess Mary” is even handwritten on the inner waistband.

But was it really her going-away dress? Or, was this identification possibly apocryphal? Was it just another gown from the princess’s wardrobe? I wanted visual evidence of her wearing it. Show me the photo!

The Princess was married at Westminster Abbey on February 28, 1922. Starting from that date, I began online research. It’s amazing how many magazines and newspapers have been digitized in the last few years; I find these extremely helpful in my research here at the FIDM Museum. There were numerous descriptions of Princess Mary’s trousseau in periodicals published shortly before the Royal Wedding.

Detail of embroidery and beading on the front of the dress.

I got excited about the following description included in the February 8th edition of The Daily Mail: “Princess Mary’s going-away dress is in the soft shades of pink and blue for which she has always shown a preference… [it is] embroidered in blue silk and beads of crystal and the palest pink coral…”4 That certainly describes the Larson collection gown.

The Illustrated London News also described the trousseau, and included line illustrations. However, the online image was poor quality, and I could just make out faint vertical stripes of embroidery. And was that the luscious velvet flower at the waist? So close! The U.C.L.A. library has a copy of the periodical in their collection, so I trekked over to see it. Yes, it really was her going-away dress! Seen in the box at the bottom of the page (above) and surrounded by other gowns from the trousseau, it matches the Larson dress exactly.

And on March 4, 1922, Princess Mary and Helen’s dress made the cover of The Illustrated London News. The caption reads: Princess Mary is here seen in her going-away dress. Eureka!

This dress is available to “adopt” as part of our fundraising effort to keep the Helen Larson Historic Fashion Collection intact and at the FIDM Museum. This exceptional object has been chosen by the FIDM Museum curators due to its rarity and high likelihood of being often exhibited nationally and internationally. Patrons’ names are perpetually associated with their adopted object, and included in their object’s unique credit line. Please contact the curatorial office (kjones@FIDMmuseum.org or 213 623-5821) for more information about this exciting opportunity.