According to superstition, wearing new clothes on Easter Sunday ensures good luck throughout the coming year. Those with a cynical bent might suspect this superstition was developed by retailers, but it predates contemporary holiday-themed marketing campaigns. A saying attributed to Poor Robin's Almanack, a series of almanacs first published in the late 17th century, indicates the belief is at least several hundred years old: "At Easter let your clothes be new, Or this be sure you it will rue."

Poised between winter and spring, Easter marks a symbolic transition from cold weather to warmer temperatures. During the Victorian era, Easter was both a solemn religious occasion and an appropriate time to replace a tired winter wardrobe with cheerful spring attire. It marked the beginning of the spring social season and the first time it was permissible to wear new clothing after the austerity of Lent. In 1890, Harper's Bazar described Easter Sunday as the day that "new bonnets and spring gowns first see the light."1 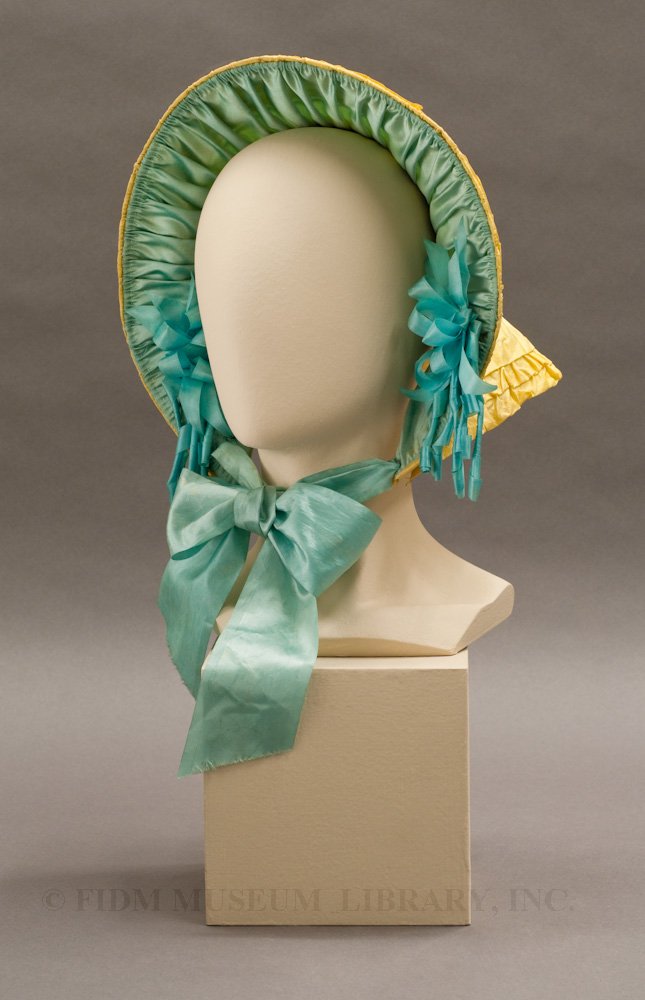 In Victorian era fashion magazines, bonnets and Easter were very closely linked. Sentimental poems and short stories celebrated the appearance of new Easter bonnets, or mourned for those women who wouldn't be wearing a new bonnet for the holiday. Easter bonnets also influenced holiday decorating. In 1891, Harper's Bazar recommended decorating an Easter table with tiny doll bonnets filled with fresh seasonal flowers such as tulips, hyacinths or daffodils.

Ideally, both a new gown and a new bonnet were purchased for the Easter
holiday. For many consumers, however, a new bonnet, or supplies to
refurbish an old one, were less expensive and therefore more attainable. This colorful
silk bonnet was purchased for an 11 year old girl in 1852. Sadly, it was never worn. 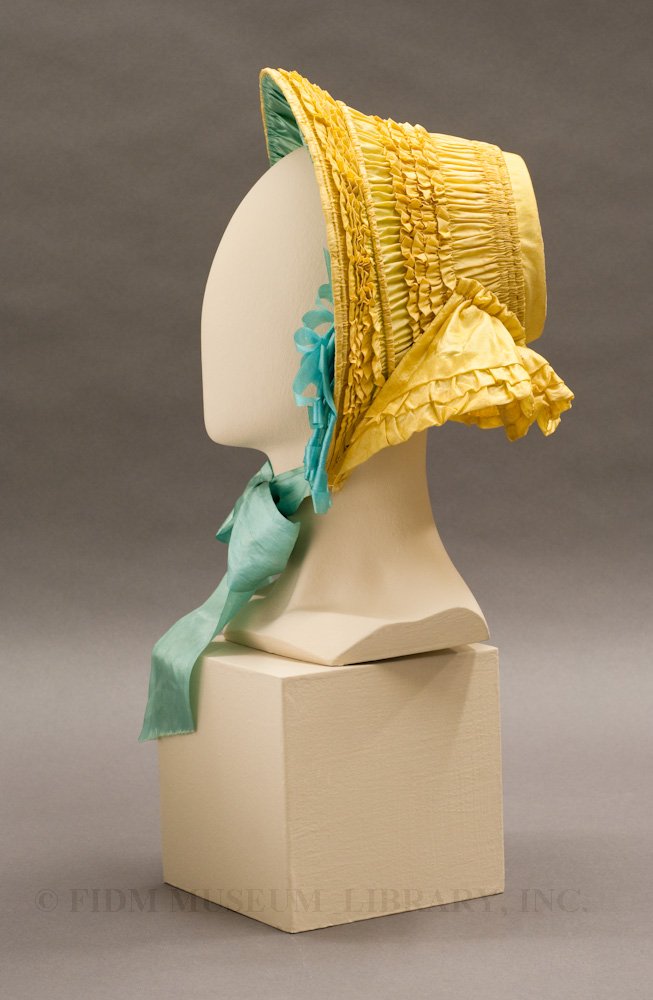 The intended owner of this bonnet was Sarah Elizabeth Craft
(1841-1852), who lived in Ireland Parish (now Holyoke), Massachusetts.
Purchased as a Christmas present to be worn the following spring for
Easter services, the gift was never opened, as Sarah died on the
twentieth of December. After her death, Sarah's cherished
possessions—her dolls, needlework, and letters—as well as this bonnet
with its original bandbox, were
packed into a small wooden trunk and placed in an attic, where they
stayed until their discovery more than a century later.

Sarah's bonnet is unusual not only for its striking appearance, but
because its provenance is fully documented. The bold color combination
of sky blue and lemon yellow reveal that not all Victorian era fashions
were subdued, or that intensely bright hues were only available after
the invention of synthetic dye in 1856. Because it was protected from dust, light and other contaminates, the bonnet is in excellent condition with its original embellishment and bright color intact. The original bandbox, wrapped in period wallpaper, is also in remarkable condition. 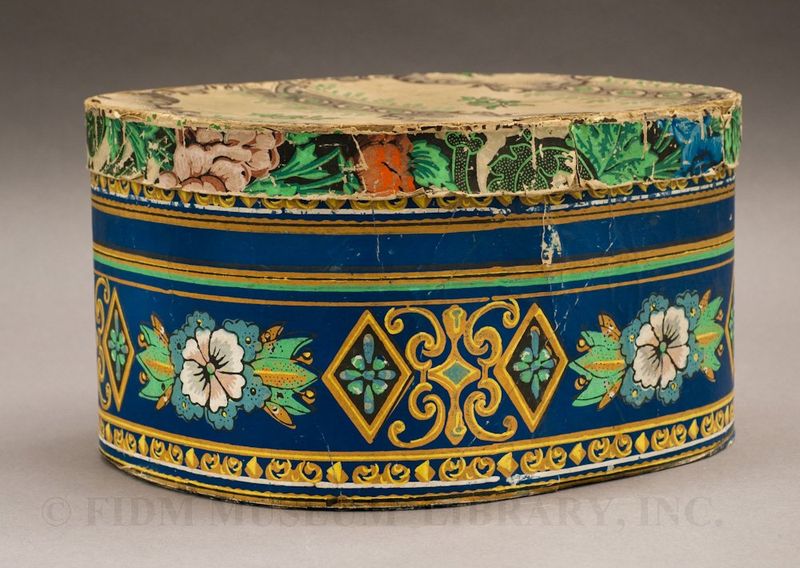