Spotted: Elegance in Black and White

Spotted: Elegance in Black and White

This chic mid-century ensemble is typical of the elegant but wearable clothes designed by Adele Simpson (1904-1995). The youngest of five sisters, Simpson landed her first Seventh Avenue job at the age of 17. By 21, she was one of the best-paid designers in New York, launching her own label in 1949. At just 4 feet 9 inches tall, Simpson literally stood on a soapbox to comment on her runway shows. 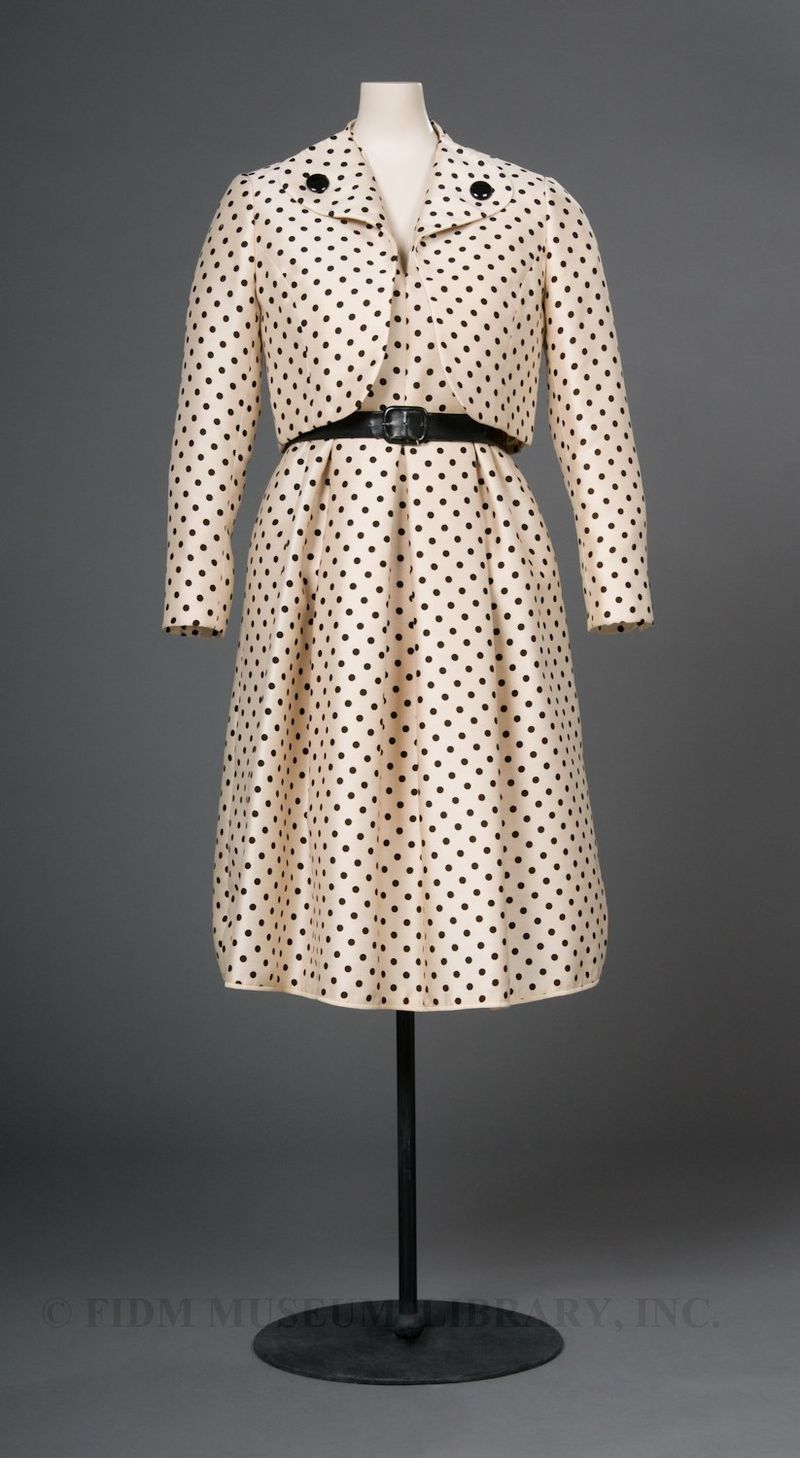 Simpson never sketched, but worked directly with fabrics. Some she designed herself; others she sourced on her travels to India, China, and South America. She was also a frequent visitor to Paris, where she drew inspiration from the haute couture and adapted it for American lifestyles. Although her clothes were never flamboyant or avant-garde, Simpson was a pioneer in her own quiet way. She introduced cotton and sari fabric for eveningwear, adding an unconventional twist to her conservative silhouettes. And she often used black in her spring and summer looks, including this one. 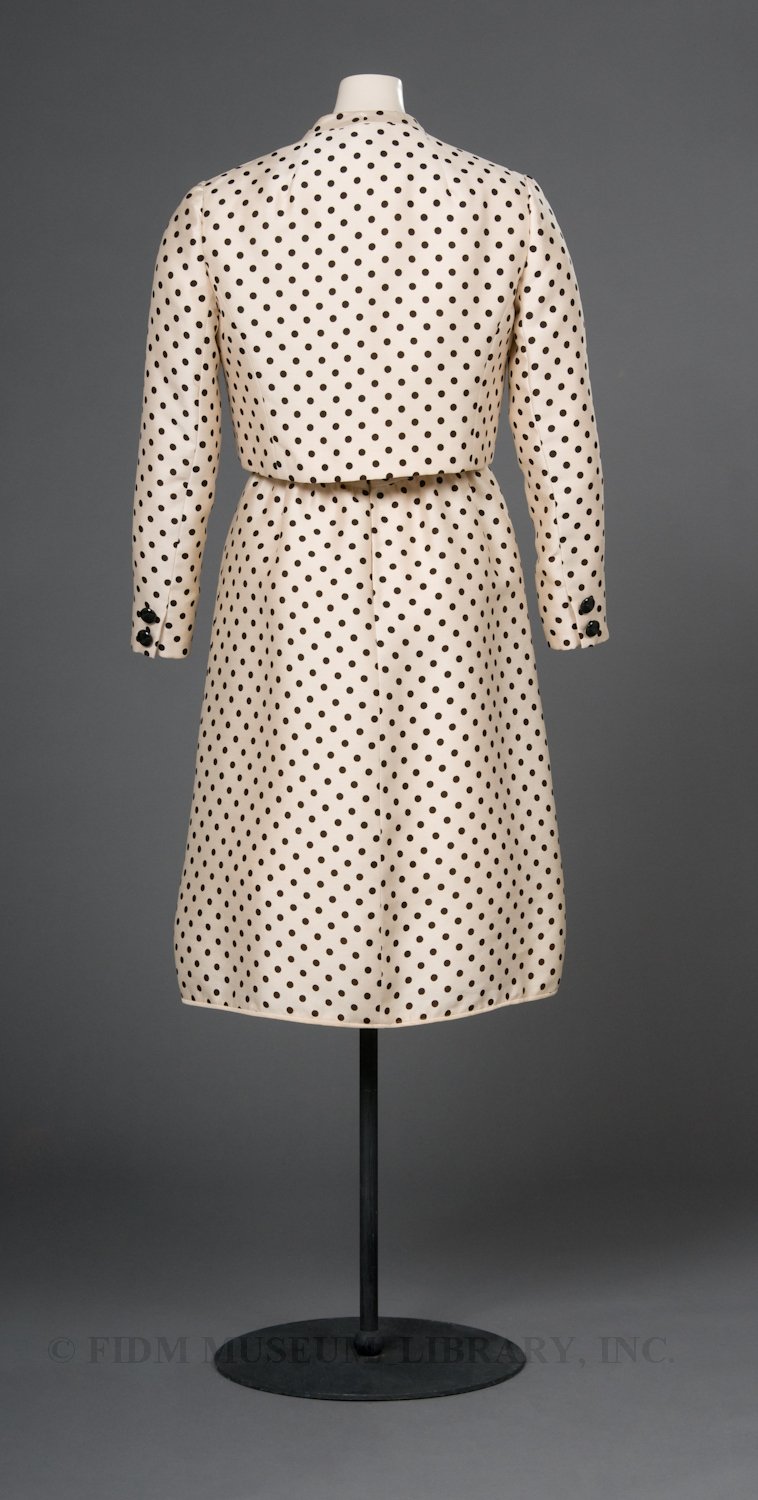 At a time when many of America's top designers were men, Simpson claimed to understand women's lifestyles and bodies better than her male competitors. As she told the New York Times on April 24, 1967: "I like to feel I am dressing women . . . not just making dresses." Simpson described her typical customer: "She's busy with charity work if she doesn't have a job. She doesn't take hours to get dressed. She has no maid to take care of her wardrobe, and she travels a lot." Simpson's clients certainly did keep busy. They included First Ladies Mamie Eisenhower, Lady Bird Johnson, Pat Nixon, Rosalynn Carter, and Barbara Bush; ballerina Margot Fonteyn; actresses Claudette Colbert, Elizabeth Taylor, and Audrey Meadows; and journalist Barbara Walters. Simpson specialized in streamlined, coordinated dress-and-jacket combinations like this one, which could go from day to evening with minimal fuss. Although Simpson retired in 1985, her company continued producing ladylike suits into the 1990s–a remarkably long lifespan for a fashion label.