Wedding ceremonies are full of customs passed down from family, culture, and religion, but perhaps nothing is more symbolic of Western nuptial tradition than the white wedding dress. It is a common misconception that Queen Victoria introduced the white wedding gown at her marriage to Prince Albert in 1840 – though her dress certainly popularized the trend. In fact, white was worn at the marriage celebrations of ancient Egyptian, Greek, and Roman societies. In addition to representing innocence and virginity, white fabric was laborious to keep clean and therefore a visible indication of wealth.[1] As sumptuous velvets, satins, brocades, and cloth of gold and silver became available, additional hues were incorporated in the Middle Ages and Renaissance, particularly for European royal weddings.[2] A wedding dress was often made of the best fabric a family could afford, and these gowns were worn again for other formal occasions; wedding ensembles of all colors were prevalent throughout the 19th and 20th centuries. 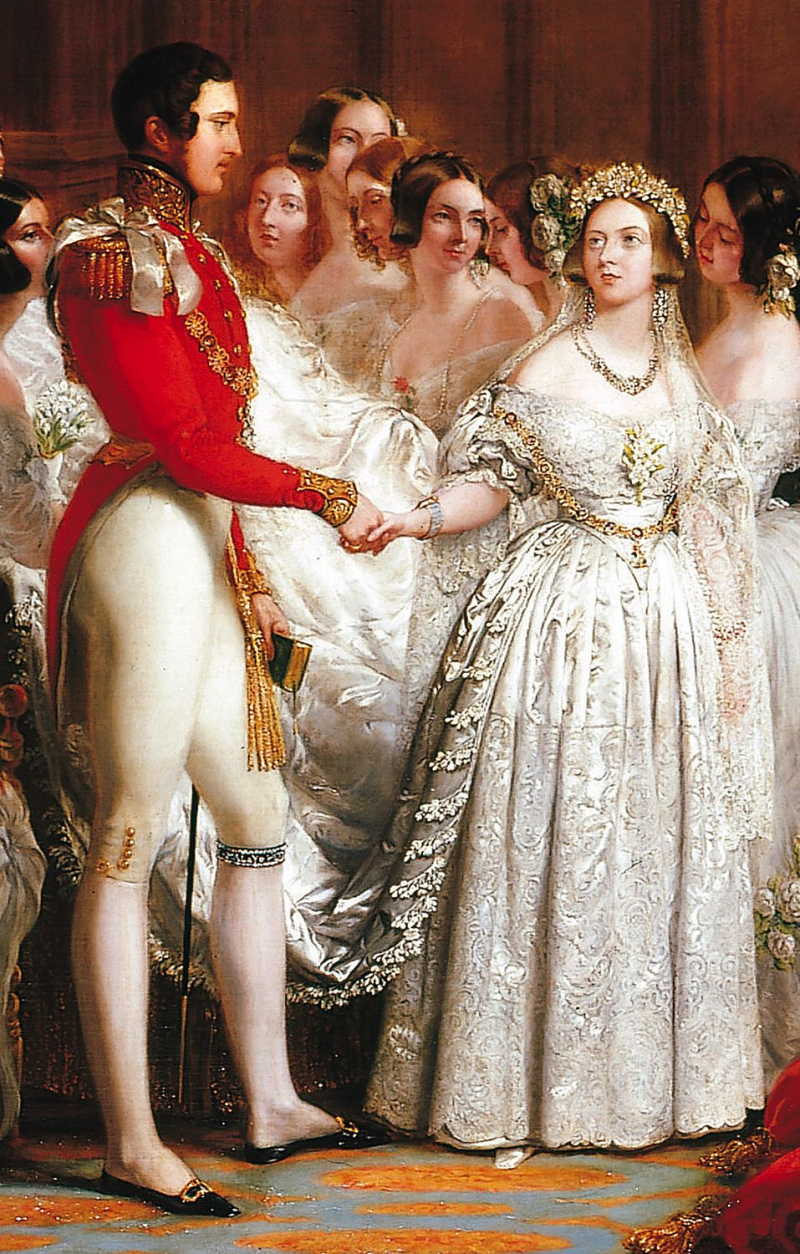 Queen Victoria’s now iconic white gown was actually quite simple for its time, and reflected the overall taste for royal austerity in the early 19th century. Previous monarchs might have chosen a gown encrusted in jewels, but Queen Victoria wore a “rich white satin trimmed with orange flower blossoms. On her head she wore a wreath of the same blossoms, over white, but not so to conceal her face, a beautiful veil of Honiton lace was throne [sic].”[3] Her white dress symbolized purity, as well as her desire to have a traditional, romantic wedding, despite her powerful position as Queen of the British Empire. The gown’s materials also supported local English industries; the silk was made in London’s Spitalfields, and the lace was from Devon, where Honiton lace had been produced since the 17th century. The FIDM Museum Permanent Collection holds an ornate Honiton lace roundel, which was displayed at London’s 1851 Great Exhibition. 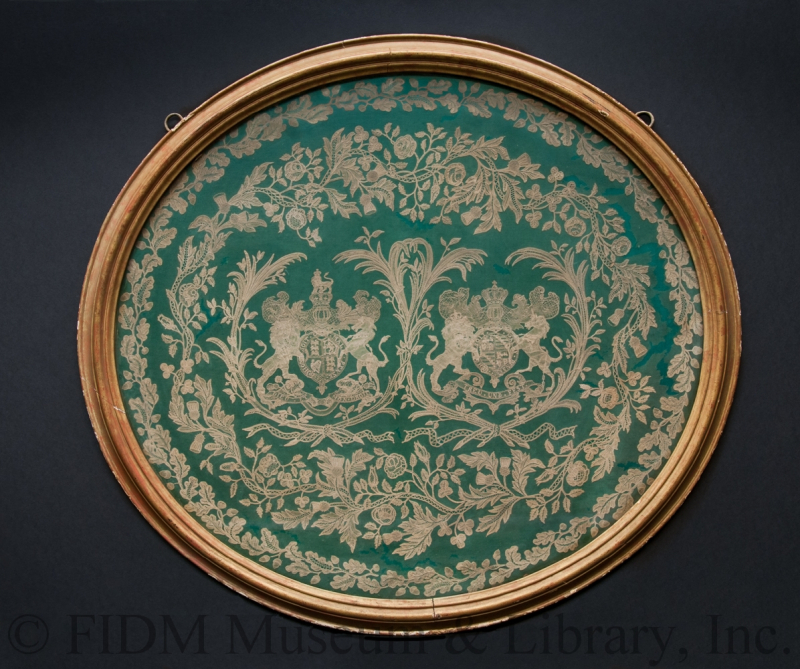 Queen Victoria popularized another traditional bridal accessory: orange blossoms. Like the white gown, orange blossoms have been associated with weddings for centuries because the flower symbolizes virtue, love, and fertility.[4] Used as trim for the gown, on crowns and headpieces, and in bouquets and wedding favors, fresh orange blossoms had the added benefit of providing a sweet and fragrant scent for the bridal party. The flower was so evocative of matrimony that Prince Albert presented Queen Victoria with orange blossom jewelry during their engagement and early years of marriage, between 1839 and 1846.[5] The headdress, earrings, and two brooches are made of gold, porcelain and enamel. 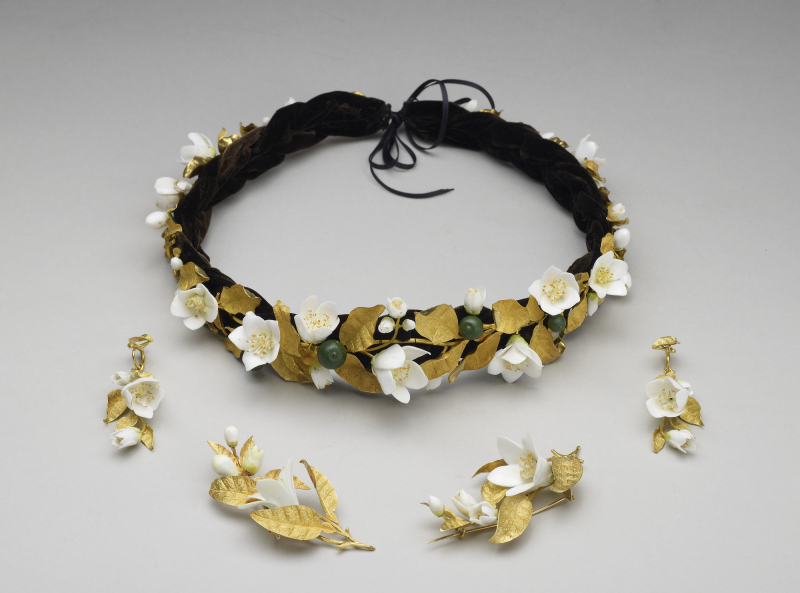 Though Queen Victoria used fresh flowers for her crown and bodice adornment, artificial blossoms made of wax, cotton, ribbon, and paper were also fashionable. Crafting the artificial blossoms was an art form; Mrs. Peachey, creator of Queen Victoria’s wedding favors, even wrote on a book on the subject, in which she addressed “the problem of wax flowers wilting in the heat of crowded rooms and sticking to the hair.” [6] Mrs. Peachey’s solution? Attach a wire to the back of each flower and sprinkle the blossoms with her proprietary arrow-root formula.[7]

In the FIDM Museum’s current exhibition Fashion Philanthropy, a silk faille Emile Pingat wedding gown features lengths of wax and cotton orange blossom trim. The lightweight wired petals must have fluttered elegantly as the bride made her way down the aisle. As with most wedding ensembles, the gown emulates the fashionable silhouette of its time, but its lavish lace, floral, silk, and ruffle trim makes it anything but ordinary. The Pingat wedding gown would have been just one part of the bride’s trousseau, the arsenal of attire needed for a high-society newlywed in the Gilded Age. 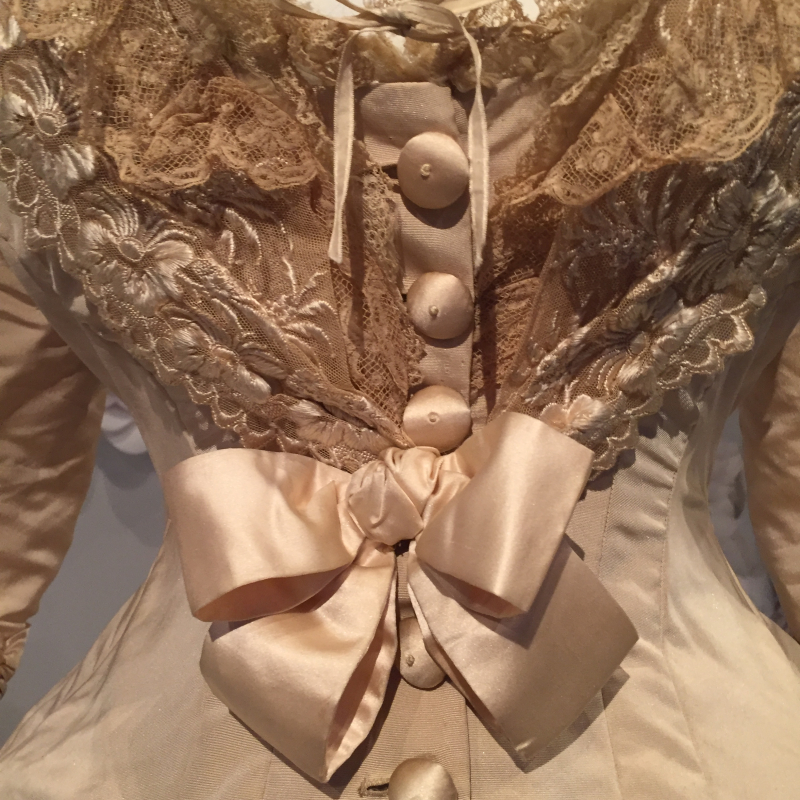 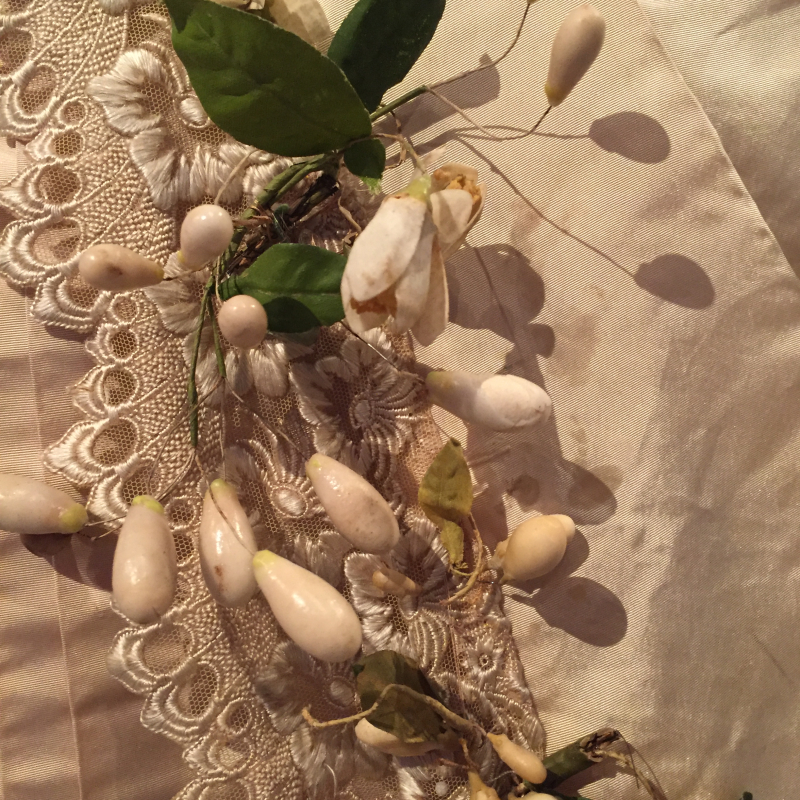 The love affair between weddings and orange blossoms did not end after the Victorian era. The artificial flower adorned gowns, bouquets, and headpieces well into the 20th century – and, if rumors are to be believed, orange blossoms remain a popular choice for royal nuptials. Catherine, Duchess of Cambridge, is said to have worn Jo Malone’s orange blossom perfume at her 2011 wedding to Prince William! A fitting fragrance indeed for the future Queen of England. 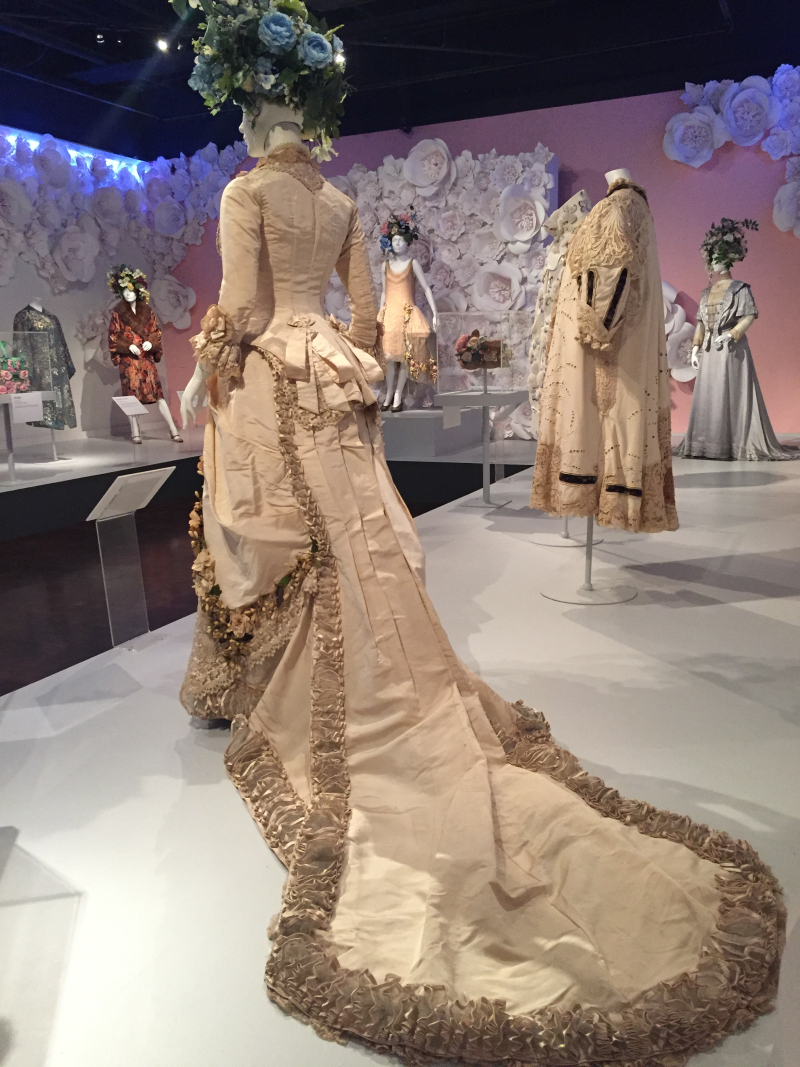 One response to “Orange Blossom Brides”