Unlike his contemporary Charles Worth, Emile Pingat (1820-1901) has been largely forgotten. Pingat was active between 1850 and 1896 and at the time, his reputation was equal to that of Worth. Beginning in the 1870s and ending in the mid-1890s, publications such as the New York Times, Harper’s Bazaar and Godey’s Lady’s Book consistently mention the two couturiers in the same sentence. A dinner conversation described in the July 21, 1883 issue of Harper’s Bazaar encapsulates the tone of this coverage, “The great subject of dress was allowed, and the rival merits of Worth, Pingat and their noble army were discussed.” Clearly, the two men are positioned not as fierce competitors, but as the two most powerful forces shaping fashion.

Though Pingat designed a variety of gowns, he was known primarily as an authoritative designer of outerwear. Opera coats, jackets and a variety of mantles were all designed by Pingat. The base fabric varied from sturdy wool to brightly colored silks, but Pingat’s outerwear always featured extensive embellishment, such as beading, fringe and lace. In fact, descriptions of Pingat’s outerwear by the fashion press give the impression that the chosen textile was used primarily as a foundation on which to showcase a sophisticated sense of surface design.

When you look at the images of the FIDM Museum Pingat mantle below, notice that the back is cut much shorter than the elongated front. This was a design feature intended to accommodate the bustle, a type of structured undergarment worn under a dress which created a pouf of fabric at the backside. The most exaggerated form of the bustle occurred about 1885. Combining this piece of information with the shape of the actual mantle helped us arrive at an accurate date.

Wish we could tell you more about Pingat, but he is even more of a mystery than the Boué Soeurs. Let us know if you have any additional information to add! 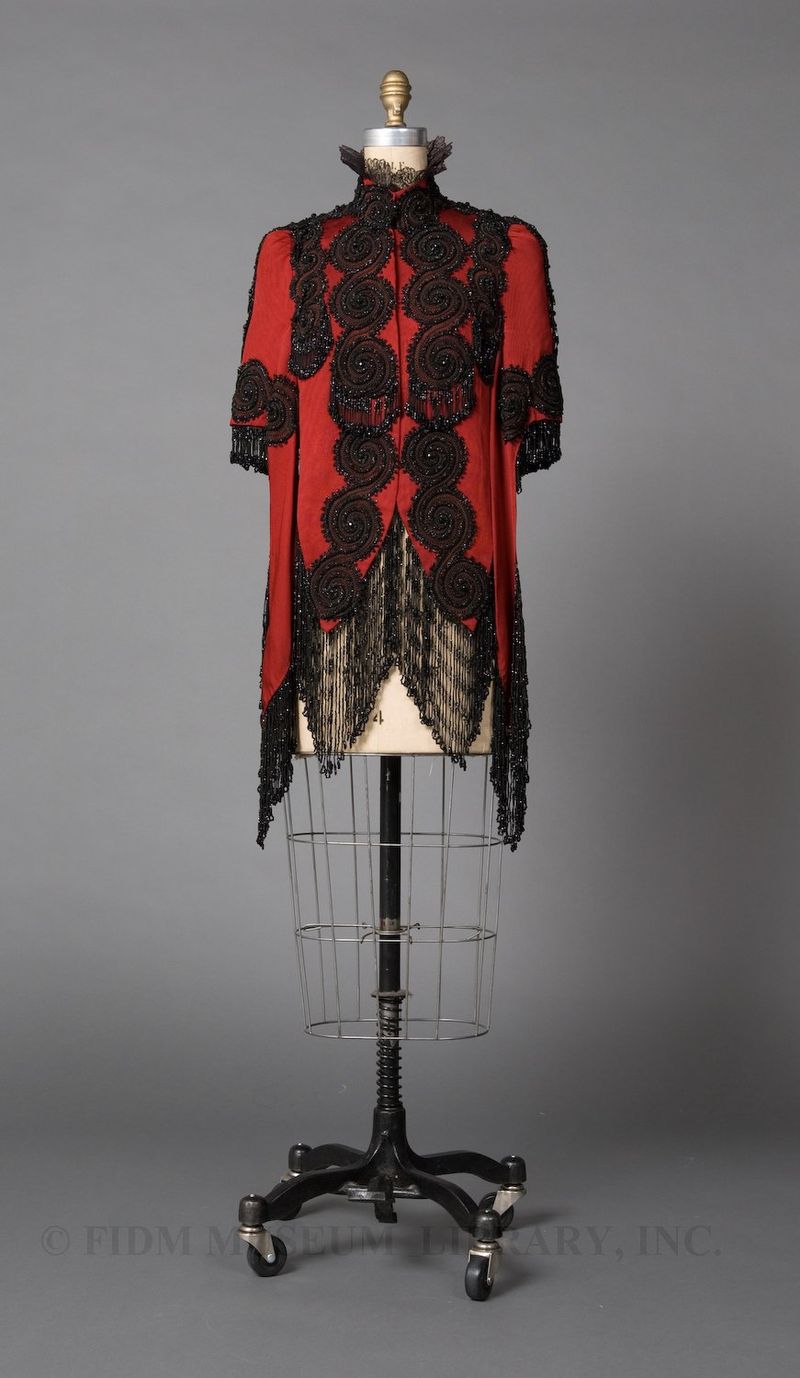 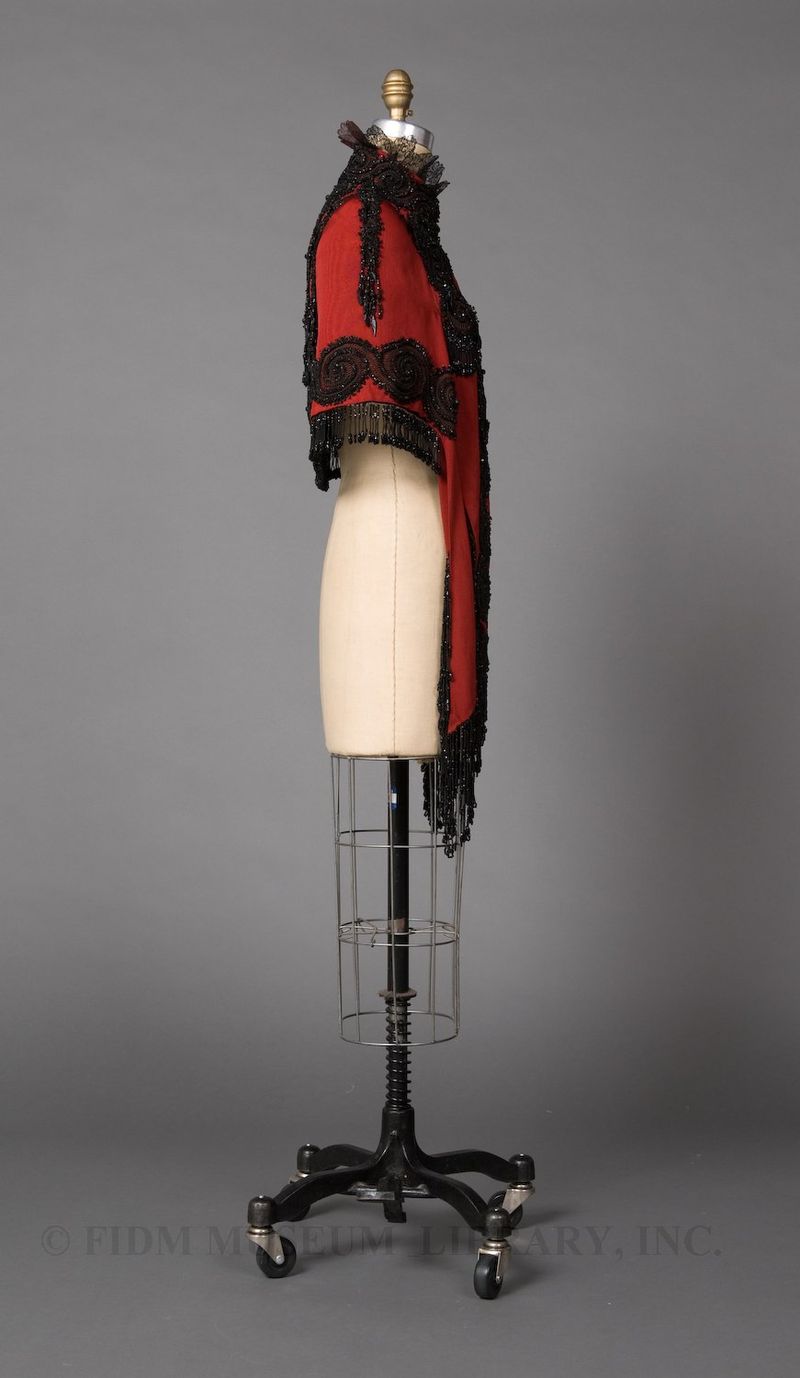 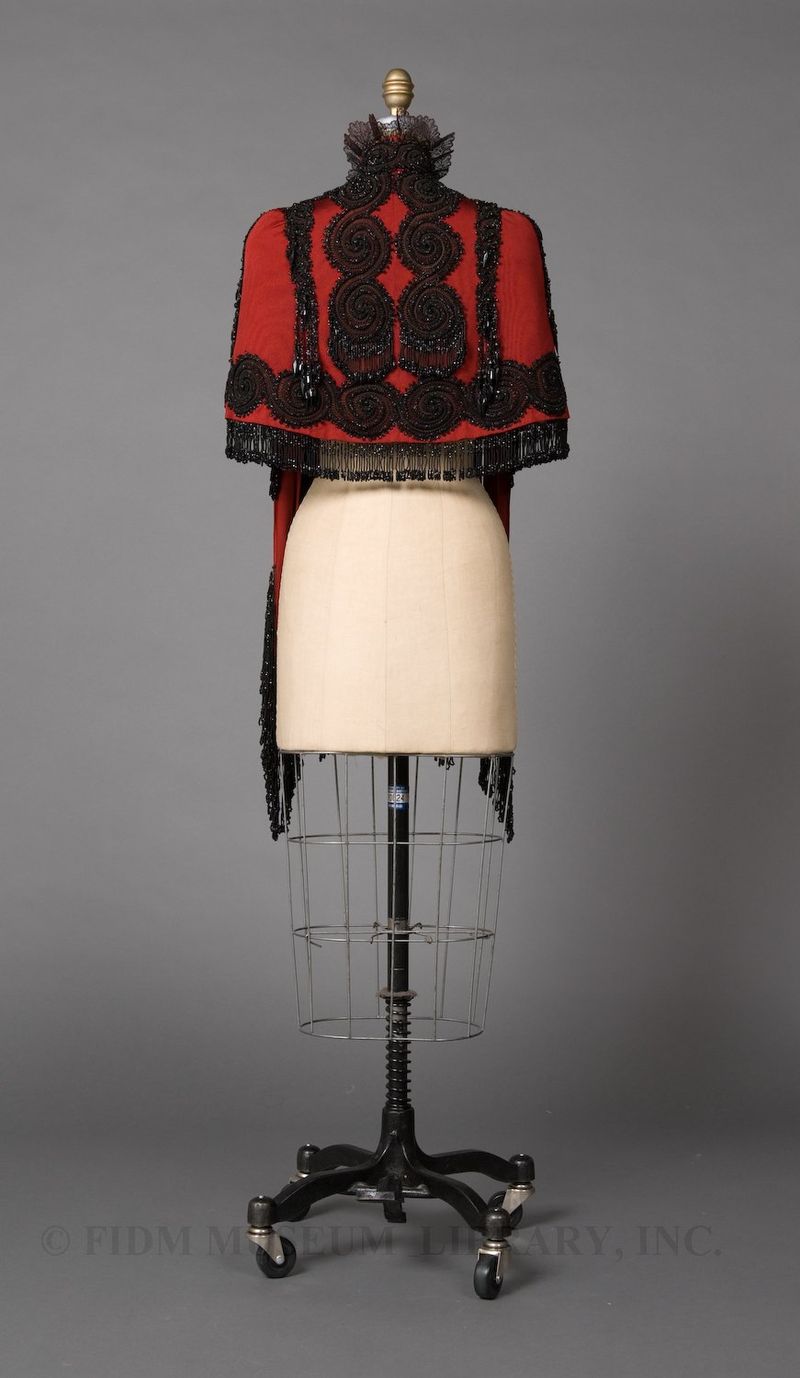