Often called the “dictator of fashion,” Charles Worth (1825-1895) was the preeminent fashion tastemaker of the mid to late nineteenth century. Born in rural England, Worth emigrated to Paris in 1845 and worked in a series of dry-goods and dressmaking establishments. In 1856 or 1857, Worth, in partnership with Swedish businessman Otto Bobergh, opened a dressmaking establishment on the rue de la Paix. From this location, Worth dressed numerous European royalty along with wealthy American women. By 1870, when Bobergh retired, the House of Worth had nearly 1200 employees and was the most renowned dressmaking establishment in the western world.

Worth was the first fashion designer to elevate his position from that of a mere dressmaker to an artist. To reinforce this conception of himself, Worth often wore an artist smock and beret when meeting with clients. Like any artist, Worth “signed” his garments by including an inner label bearing his name. For inspiration, he often visited museums and referred to published versions of artwork. Worth also aligned himself with artistic achievement through his art collections, of which ceramics were a large component. Worth creations were worn both onstage and off by actresses such as Sarah Bernhardt, Eleanora Duse and Lily Langtry, further reinforcing Worth’s artistic stature.

Worth created a sense of opulence by using large quantities of luxurious fabric. Though his earlier gowns tend to feature relatively plain silk fabrics, his later designs make excellent use of French-produced luxury fabrics such as cut velvet. When using patterned fabric, Worth tended to favor large-scale motifs such as feathers, grains, tulips and butterflies. Gowns were also distinguished by a generous amount of applied trim, such as embroidery, fringe and applique. Jet beading and lace were other favorite trims, as seen in the FIDM Museum Worth reception gown below.

In 1880, a Washington Post reporter visited the House of Worth. At this point, Worth’s reputation was well-established and the overall atmosphere of the establishment demonstrated this. Workers spoke in a whisper and even clients were nearly silent. The reporter met the man himself and was able to observe him while he selected trim for a ball gown intended for Miss. Vanderbilt. As the reporter and her friends observed, Worth “called for the ‘pattern book,’ and turned over many samples before he found the exact trimming which he wanted. He tried the effect of this by placing it on the dress, and then resumed his work by pinning or unpinning–like a sculptor who was engaged in putting the finishing touches to his statue.”1

We hope you enjoy getting to know our Worth “statue” through the images below! 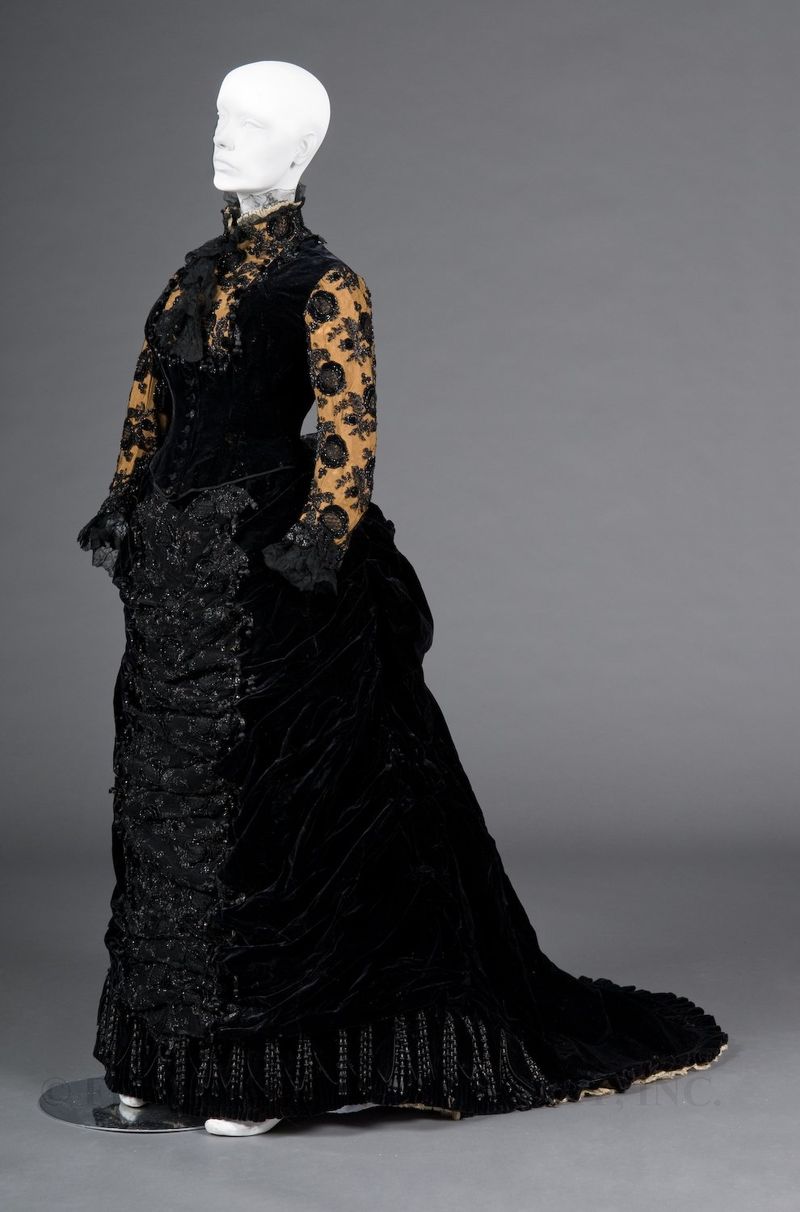 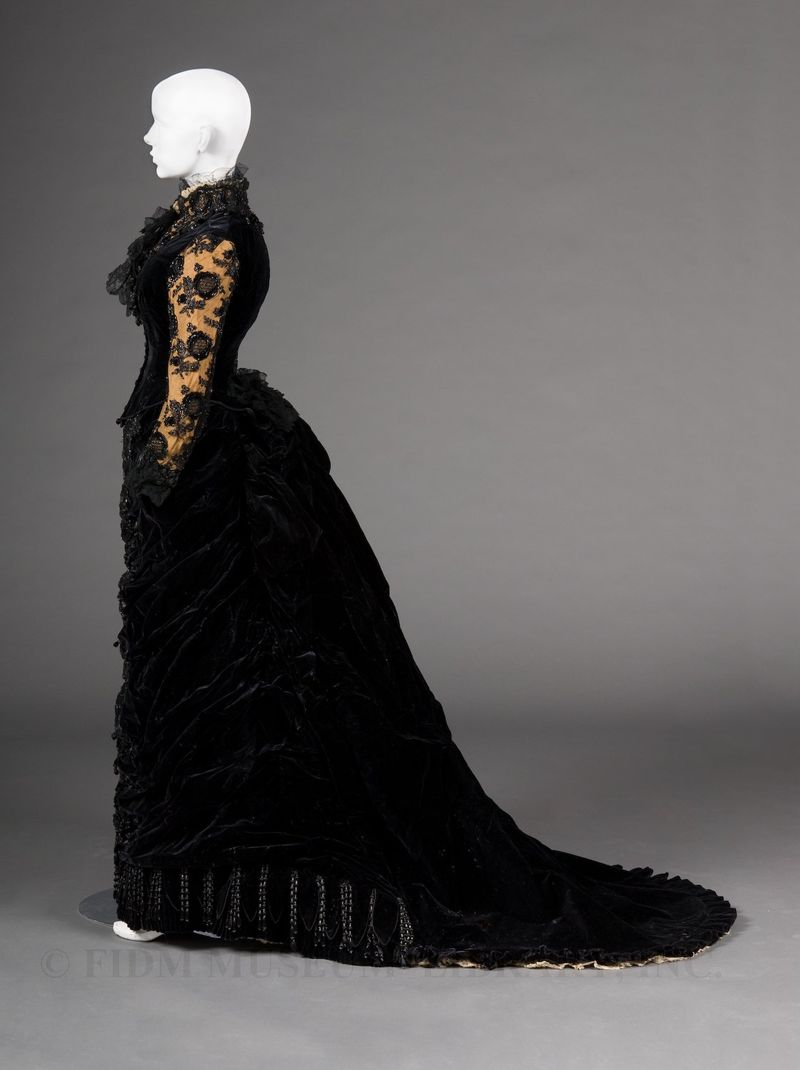 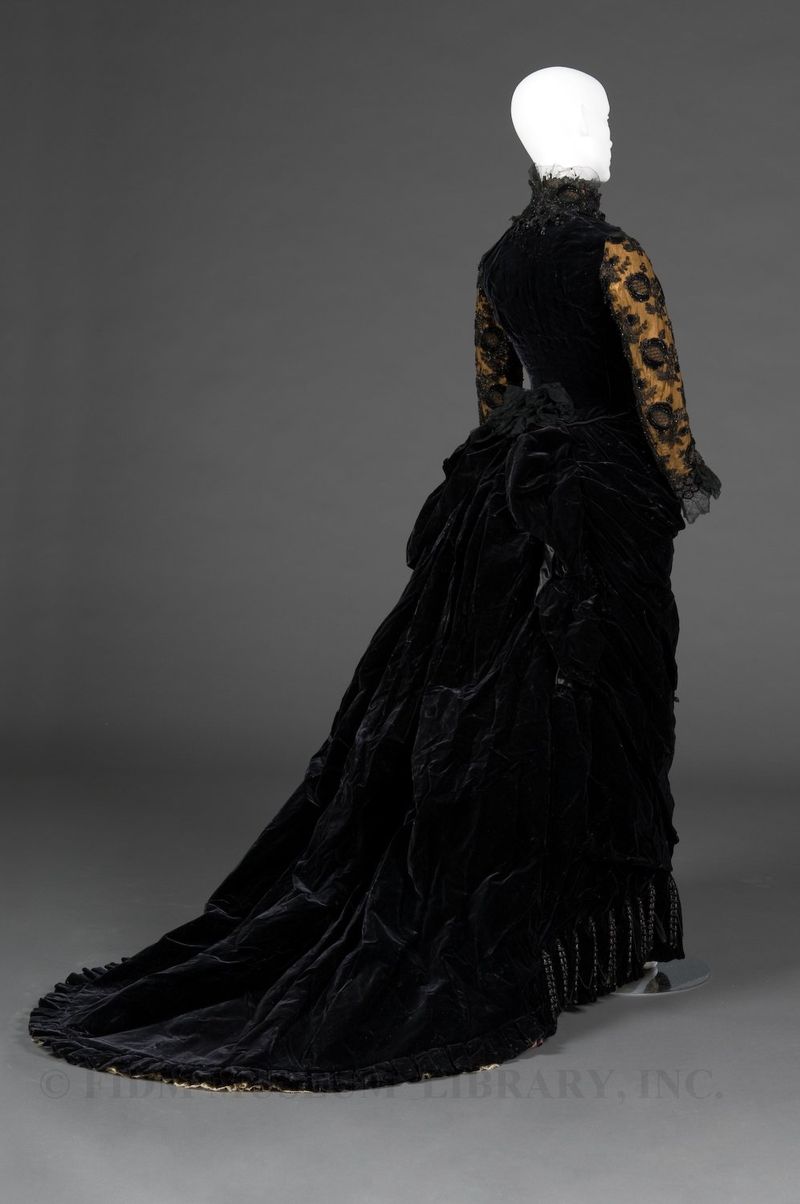 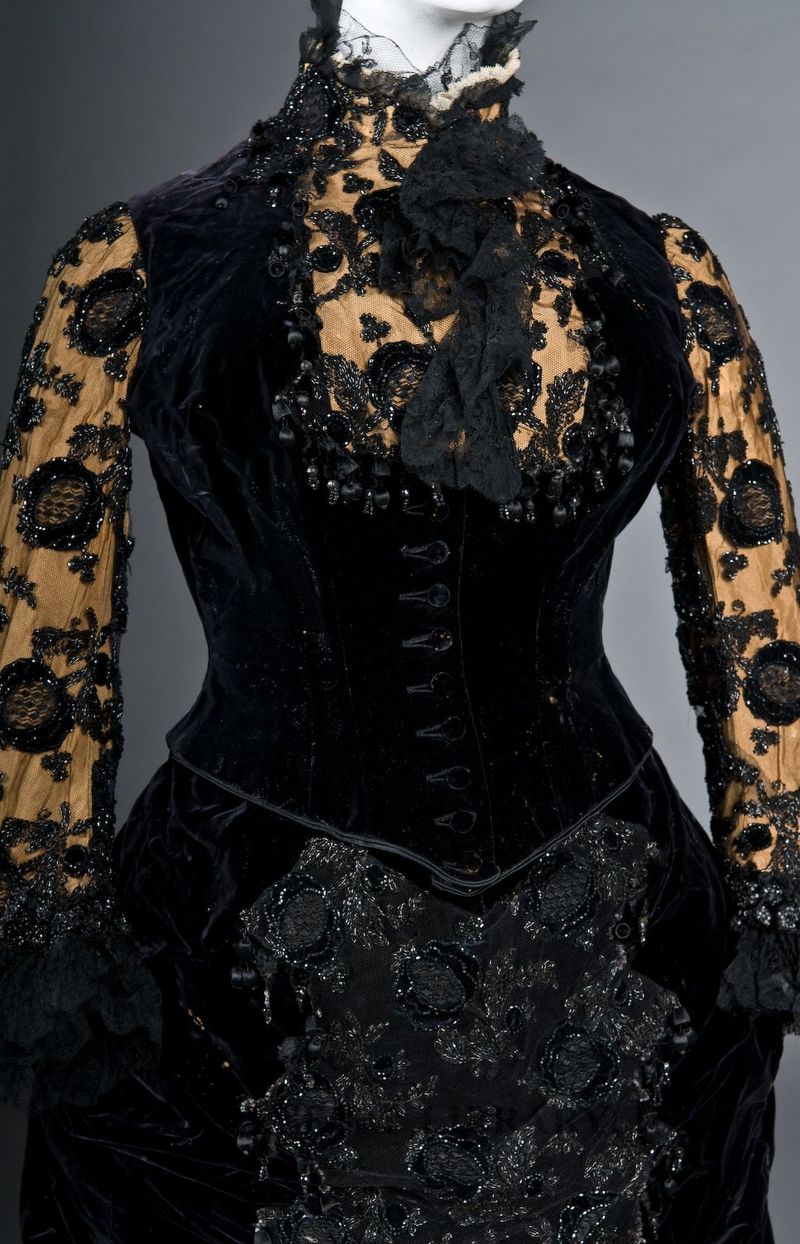 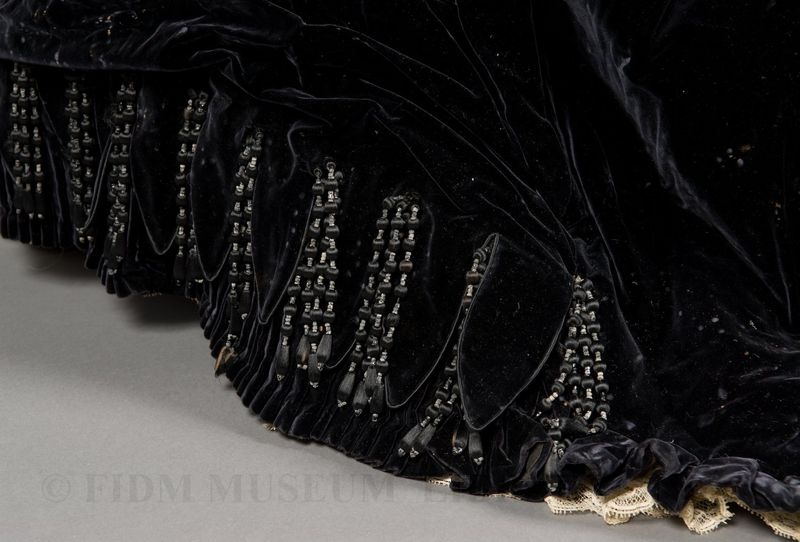 2 responses to “Charles Worth”