Associate Curator Christina Johnson concludes her two-part exploration of the career of milliner Leon Bennett in today’s post. Learn the extent of Bennett’s collaboration with designer Rudi Gernreich, and how his career transitioned to focus on Hollywood. Make sure to read part one of our Leon Bennett series here. 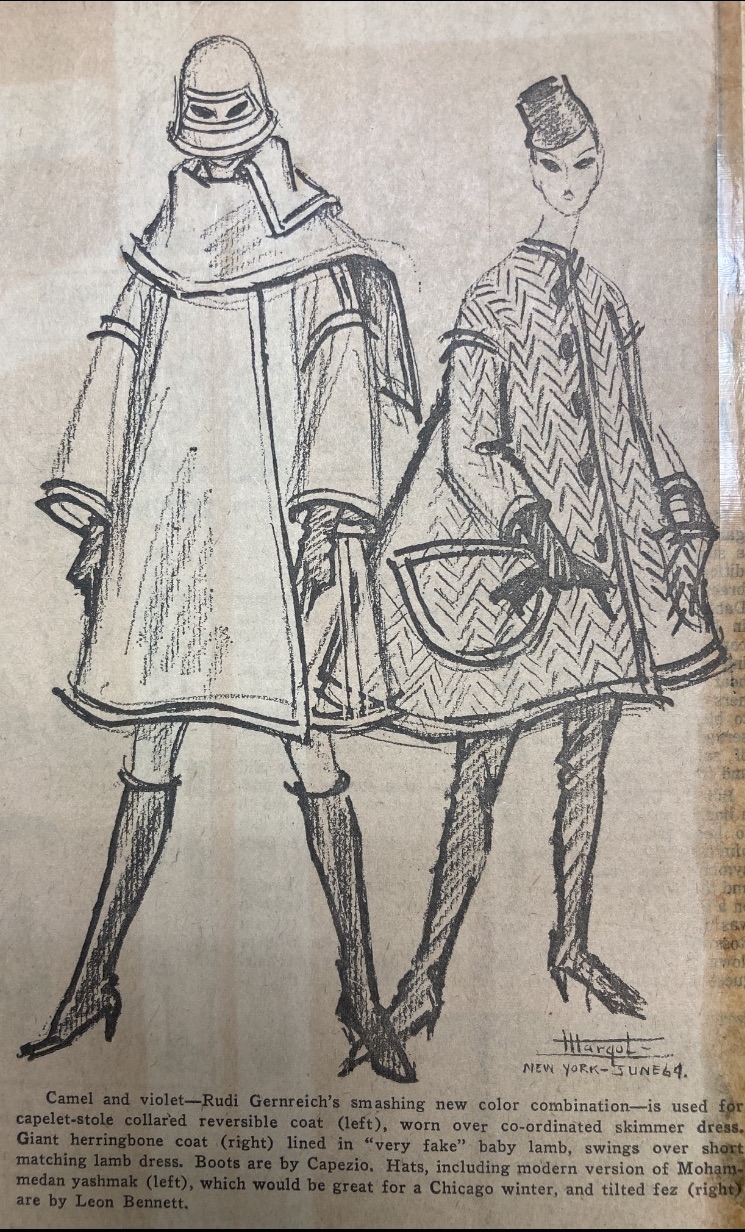 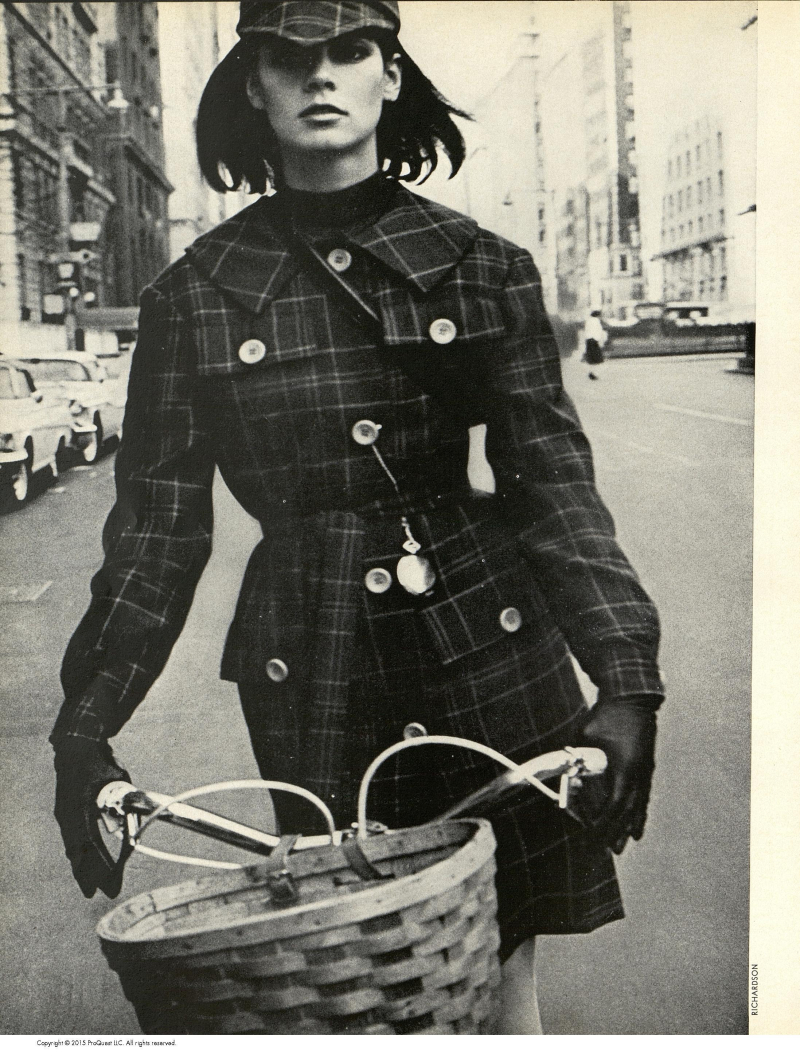 From the sources I’ve gathered so far, I know Leon Bennett worked with Rudi Gernreich from at least August 1963 through late 1964; he is credited for designs in the Spring and Fall 1964 seasons.[i]  But what was his journey like up to that point in time? To investigate his earlier biography, I consulted digitized vital records and newspaper articles. I found an entry for R. Leon Bennett, also known as “Rutherford Leon Bennett” and “Leon Bennett,” who died on June 2, 2001 (matching the Variety obituary).[ii] His birthdate was listed as January 6, 1916[iii] and he was born in Denver, Colorado.[iv] After graduating from high school in Wewoka, Oklahoma,[v] he attended the University of New Mexico in Albuquerque—where he majored in design nutrition and public speaking.[vi] Leon married Thelma Payne on Dec 21, 1940.[vii] Shortly thereafter, they returned to Denver where he began his hat business.

I learned that Bennett’s degree in nutrition did have a role in his millinery career—as odd as that might first seem. His father was a hotel cook,[viii] and after working together for a time, [ix] Leon started his own catering business. His specialty? Miniature hats carved from fruits and vegetables used as garnishes for the platters of food being served! [x] After all, Bennett had been interested in millinery since he was a child. As one editorial noted: “he first tested his talent by making miniature hats from scraps of cloth from his mother’s sewing basket and feathers plucked from the family’s chicken flock.”[xi] An early break came by way of a national radio show broadcast during the 1940s: Bennett “credits his fabulous creation designed for the Denver appearance of the ‘Breakfast in Hollywood’ radio show with being another starting point in his career. The hat that launched Bennett depicted a rural scene, complete with swinging gate, a picket fence, and grazing livestock”[xii]; it also included a lighted billboard bearing sponsors’ names.[xiii]  Of course, radio listeners couldn’t see the hat, but it must have been described in detail by the well-known host, Tom Breneman who urged Bennett to go into the hat business as soon as possible![xiv] 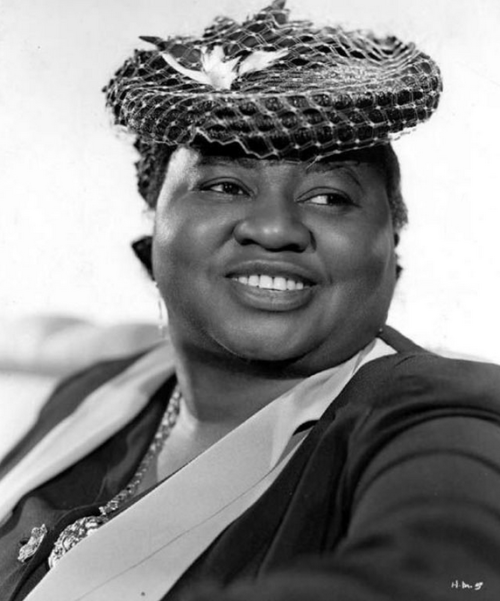 Bennett seems to have had a knack for connecting with celebrities. When actress Hattie McDaniel traveled to Denver, he sent her one of his hats (made of typical millinery materials—not grocery items!). She liked it so much that she began commissioning most of her hats from him, making her the first of many celebrity connections he established.[xv] It seems that by 1953, Bennett had fully transitioned out of the catering business and was an established milliner in Denver. He made regular donations of his wares to women’s clubs as prizes for essay-writing competitions–no doubt growing his clientele along the way. [xvi] Bennett’s natural showmanship garnered even more clients: “Familiar now to many groups, such as dental auxiliaries, YMCA classes, PEO, Jewish organizations, youth centers, and others is the Leon hat show. Here he takes hats worn by women in the audience, gives them a twist and a turn, sometimes adds a feather or bauble to give an entirely new look.”[xvii] 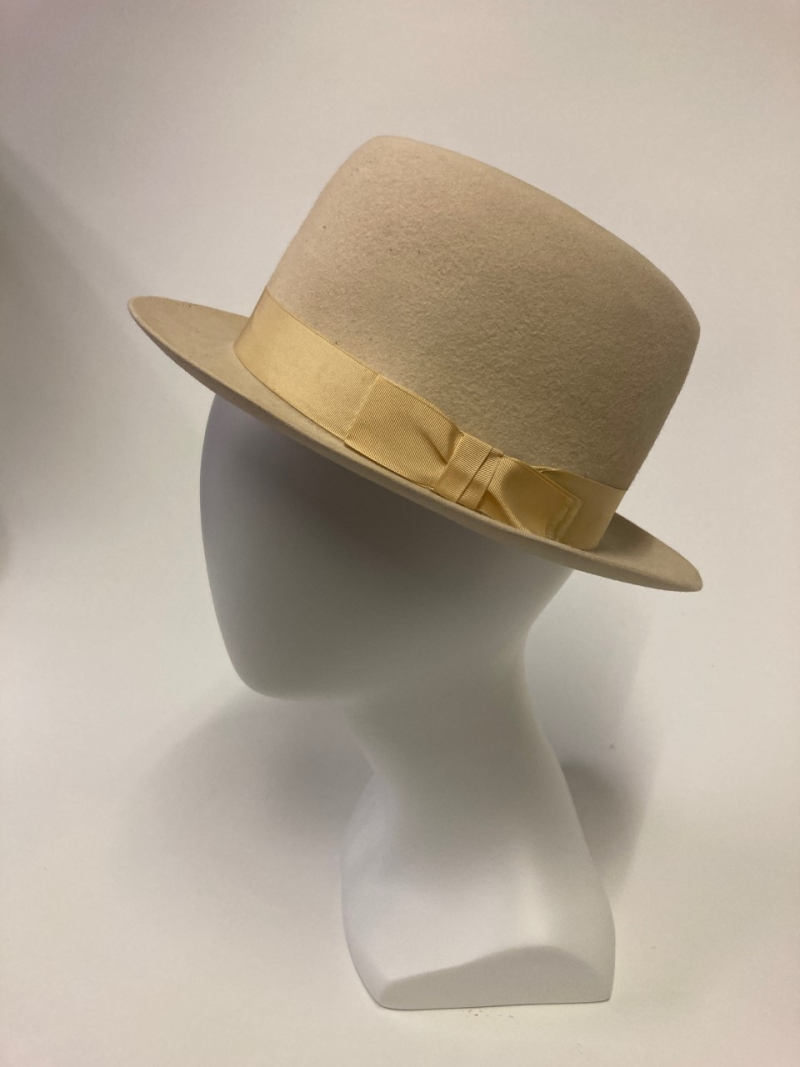 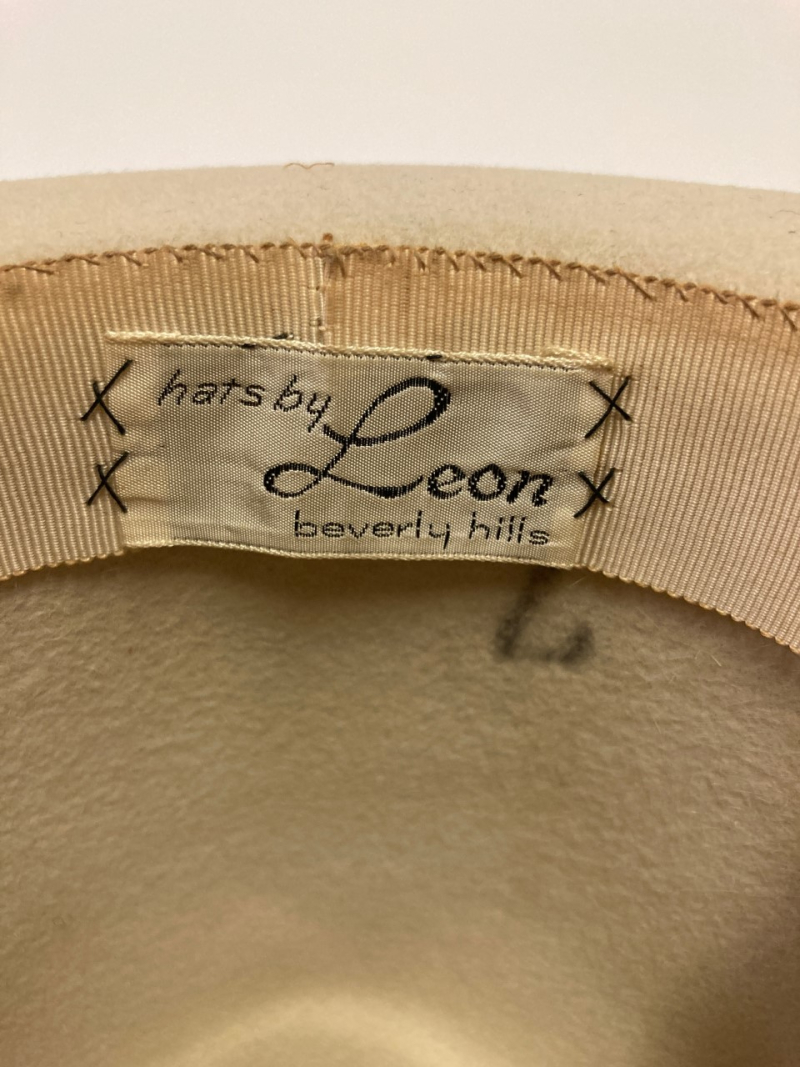 Although most newspaper editorials base Leon Bennett in Los Angeles no earlier than 1955, one source mentions he had “owned and operated his ‘Hats by Leon’ at Beverly Hills since 1947”[xviii]–which means he commuted back and forth between Denver and Los Angeles during the 1940 and early 1950s.[xix] I found this cream felt fedora in the Gernreich Archive with a label denoting it as dating to this early period; it was likely used to style a Gernreich ensemble, and suggests Gernreich sometimes used Bennett’s pre-designed stock for styling. Multiple articles about Bennett state he found work in the wardrobe department at NBC during The Milton Berle Show (aired 1948-1956) and the Dinah Shore Show (aired 1951-1957).[xx] While affiliated with NBC, he met Jerry Lewis, and became his dresser,[xxi] ultimately traveling with Lewis for a few years and even taking part in some of his films as a dancer and an extra. [xxii] His social circle widened during time spent at NBC and through his association with Lewis; soon, he was designing hats for Katherine Hepburn, Loretta Young, Zsa Zsa Gabor, Mae West, and Debra Paget, among other actresses. [xxiii] Travels with Lewis and movie work forced Bennett to leave his brick-and-mortar millinery business in the capable hands of his wife, Thelma, on multiple occasions. [xxiv] 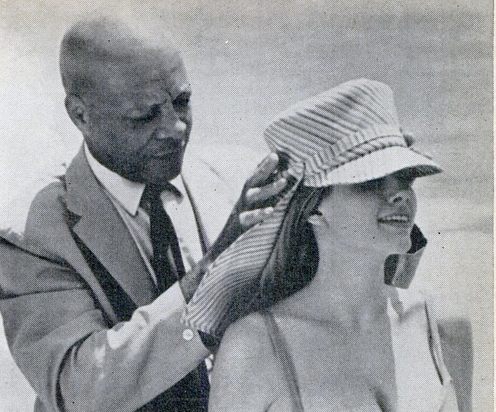 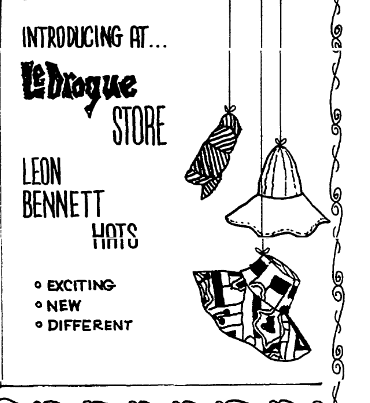 I haven’t discovered why Bennett and Gernreich stopped working together after 1964.[xxv] I do know that Bennett continued his venture in millinery design; his shop was based on South Robertson in Beverly Hills for a short time. [xxvi] He focused on oversize unisex caps for a few years[xxvii] and even created a version–“blousy, made in six sections”– for Steve McQueen to wear in the film Le Mans (1971).[xxviii] I’m not sure when he closed his boutique, but he continued to sell in Los Angeles specialty shops, such as Le Brogue Store in Westwood Village.[xxix] By 1973, he and his family were living in Bel Air,[xxx] after being based in the West Adams District for almost two decades.[xxxi] During the mid-1970s, Bennett seems to have ended his millinery label and expanded into the footwear industry, working as a fashion coordinator for Kinney Shoe Stores, a national chain.[xxxii] The last professional affiliation I found for him is through IMDB—where he is credited in the costume and wardrobe department for the 1986-87 TV series “Amen” starring Sherman Hemsley. 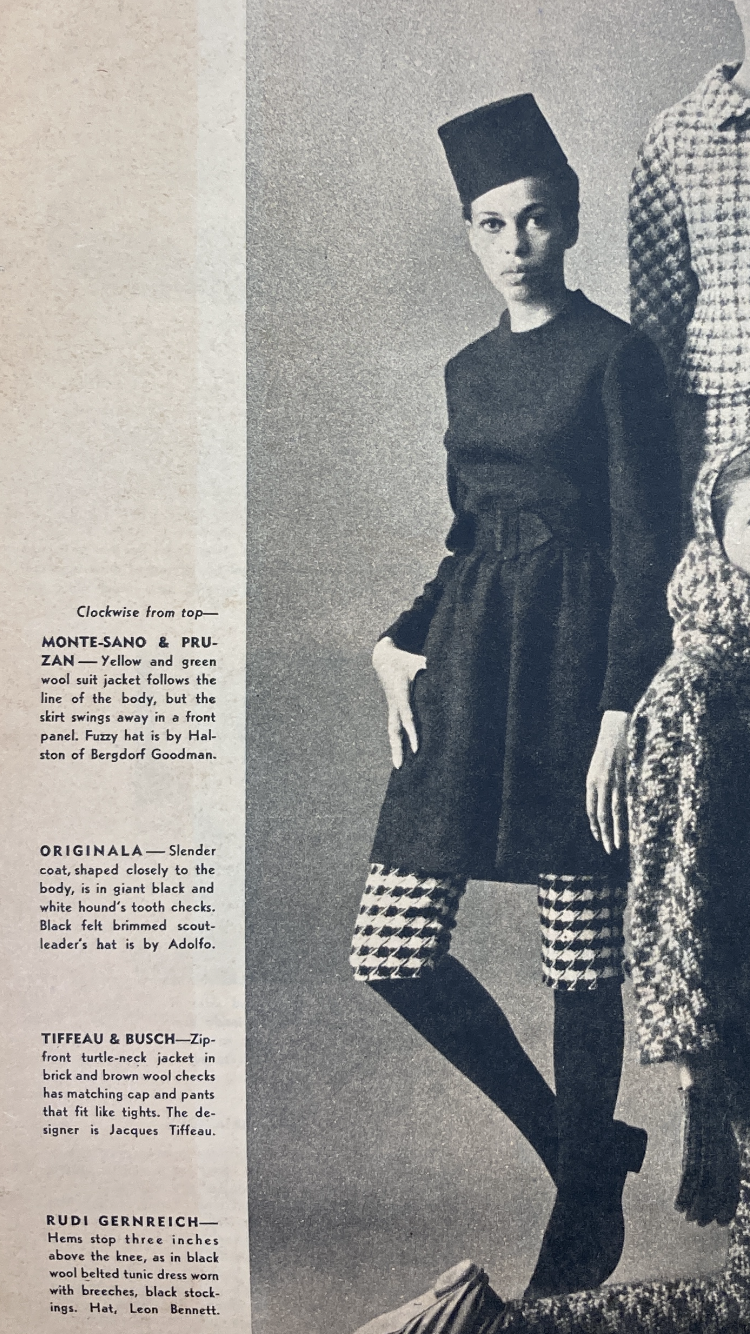 Late in my research for this blog I finally discovered how Bennett and Gernreich met—I had wondered if it was through another Los Angeles fashion designer, or even a mutual Hollywood celebrity connection. Turns out neither of my ideas was correct! “Early in 1962 [Bennett’s] work came to the attention of Avant Garde designer, Rudi Gernreich, through an ad he did for Shu-Mak-Up. Gernreich was so impressed with Leon’s originality and know-how that he asked him to design for his winter collection….”[xxxiii] A keyword search in Vogue for “Shu-Mak-Up” brought up two wonderful ads that feature models wearing statement hats. In minuscule print, one ad credits “Leon of Beverly Hills” and the other, “Hats by Leon.” Now we know these captions are missing the last name of Bennett! 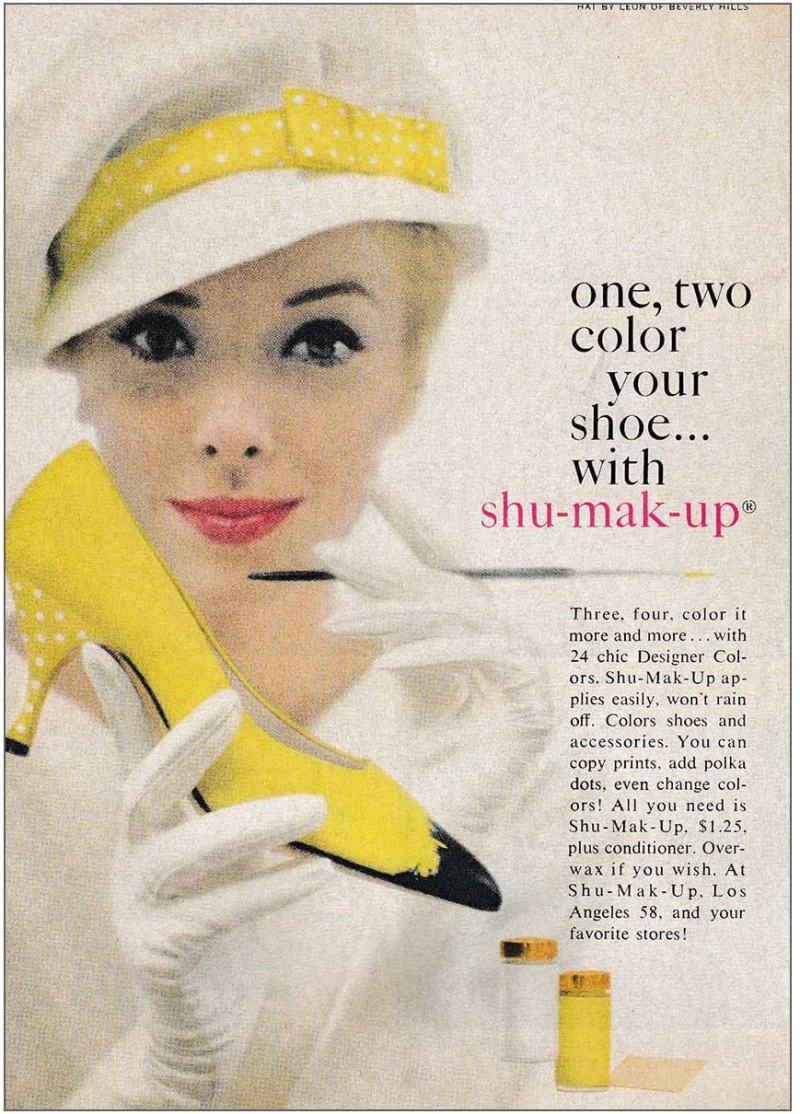 [i] Although WWD noted he was working with Gernreich as early as Aug 1963, I did not find designs credited to Leon Bennett pre-dating the Spring 1964 line. Further research may uncover earlier Bennett designs for Gernreich. Layne Nielson started his in-house Assistant Designer position at Rudi Gerrneich in April 1964, but his designs did not debut until the Spring 1965 season, because of the schedule of showing lines up to 6 months prior to the season they were meant to be worn.

[xiv] Publicity photos were taken during the radio show, so there is a chance the hat was recorded for posterity.

[xv] Carlton Jackson, Hattie: The Life of Hattie McDaniel, Madison Books, 1993, 77. Jackson does not provide a citation for the information related to McDaniel commissioning hats from Bennett.

[xx] Moore, 1974. Unfortunately, I have not found that he was given credit for any costume designs during this time.

[xxv] Assistant Designer Layne Nielson began working for Gernreich in April, 1964, and was responsible in part for all in-house accessory design.

[xxxi] The earlier home addresses I’ve found for Leon Bennett and his family are within the historically Black community of the West Adams District in Los Angeles.

[xxxiii] Bingham, 1964. I still have questions regarding the beginning of the timeline shared between Bennett and Gernreich. Although this editorial states they met in 1962, I have only found credited evidence of Bennett hats for the 1964 season (some Spring 1964 styles were shown in late 1963).