Combining utility and beauty, chatelaines were a form of functional jewelry worn hanging at the waist. Comprising a hook and multiple dangling chains attached to small, useful objects (scissors, writing utensils, keys, purse, watch, perfume vial, etc.) chatelaines were hooked to a sash, belt or waistband. Visible storage worked in intricate designs of silver, enamel or gold, chatelaines were also an expression of authority. Chatelaines usually adorned the “keeper of the keys” for a large household and signified a position of familial and social authority. This was a clear visual expression of the literal meaning of chatelaine, a mistress of the chateau. Though their origins are a bit obscure, the chatelaine probably developed sometime in the Middle Ages, enjoying periodic revivals through the late nineteenth century. An early nineteenth century cut steel chatelaine can be seen here and an 1887 octopus shaped chatelaine can be seen here. 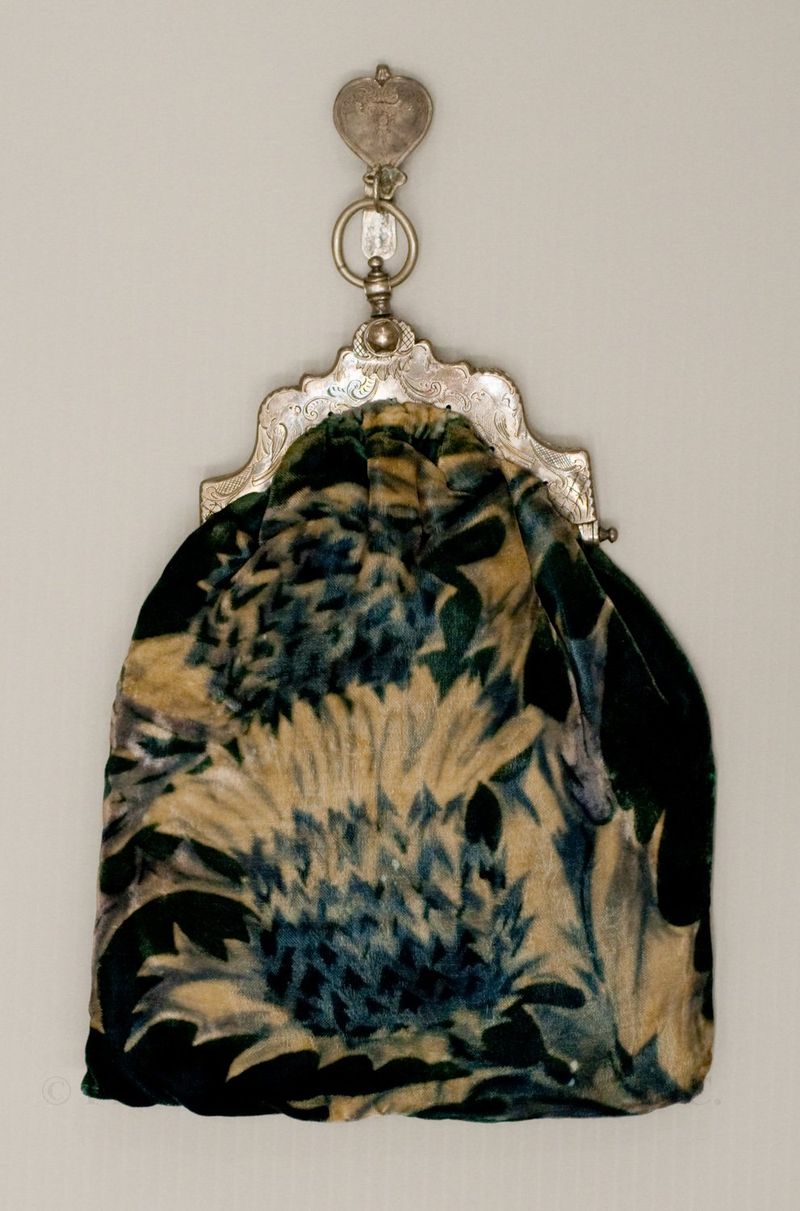 Suspended from a sash, chain or belt worn around the waist, chatelaine pockets or purses were just big enough to store a few essential items. According to The Queen magazine in 1882, “chatelaine bags are adopted by those who may require to carry cardcase and purse, besides the necessary handkerchief.” For indoor wear, silk and velvet were most common, but for outdoor wear fashion periodicals recommended leather. Some chatelaine purses were equipped with a single looped chain, used to attach a fan. 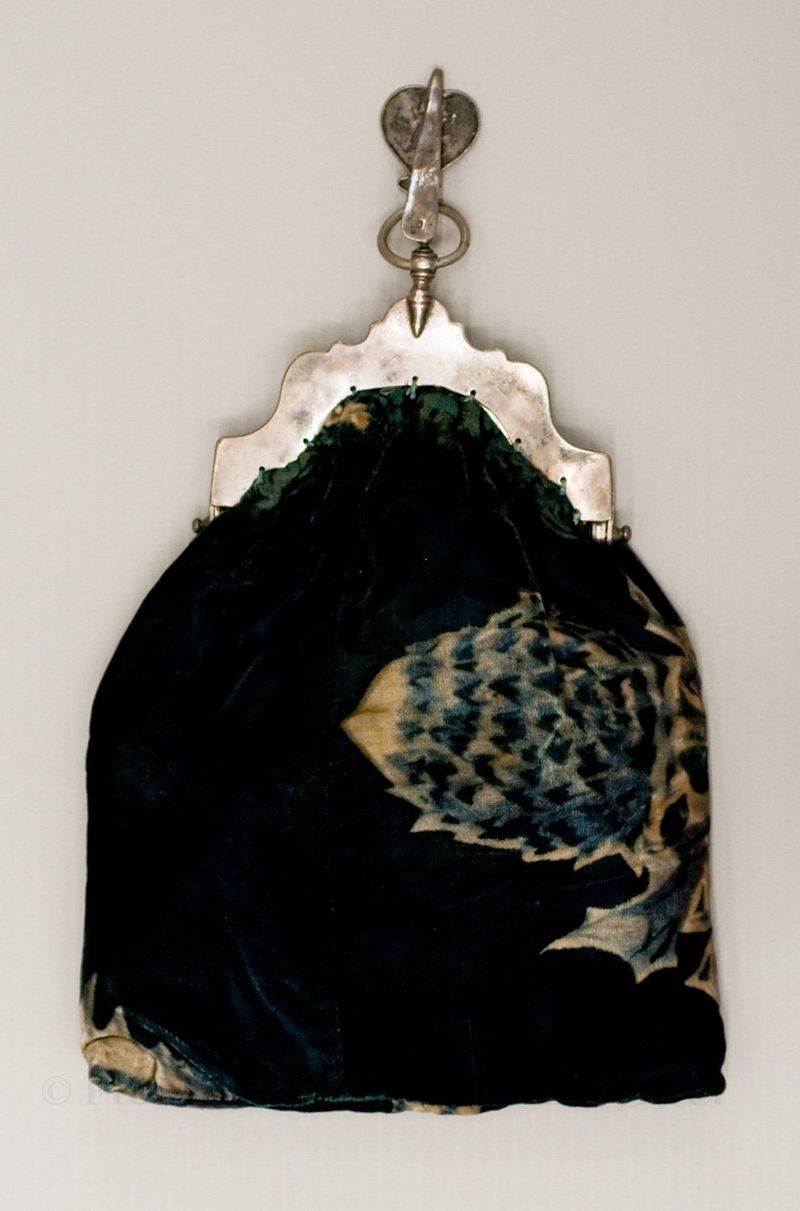 Patterns for chatelaines were featured in Godey’s Lady’s Book and Harper’s Bazaar.
In true Victorian style, these patterns usually included
embellishments like applique, embroidery, lace or fringe. Metal closures, as seen in the FIDM Museum chatelaine purse, were common. Frames were often sold alone, allowing women to make and remake a chatelaine at will. Made of silver or other metal, frames were not only durable but often valuable, and therefore reusable. Our chatelaine purse was remade at some point, as it features an 1860s closure and 1880s velvet.

Though chatelaines were an important part of fashionable dress, their association with the Middle Ages held a special appeal for those interested in Artistic Dress. Artistic dress was often based on historic dress as portrayed in painting and statuary. Flowing Medieval-style robes influenced the dress of Artistic women, while many accessories were inspired by Medieval dress. The lack of embellishment on the FIDM Museum chatelaine purse suggests that it was worn by a woman interested in Artistic, rather than fashionable, dress.