Thanks to Pantone, avoiding a pinch on St. Patrick's Day will be much easier this year. According to their decree, 2013 is the year of emerald green, a rich jewel tone "that enhances our sense of well-being, balance and harmony."1 Due to Pantone's promotion of the color, retailers are well-stocked with garments and accessories featuring emerald and other shades of green. So, if you wear green on St. Patrick's Day, you'll be sporting the most fashionable color of 2013 and immune to the painful pinches given to those who shun green clothing on this informal holiday.

In the FIDM Museum collection, we are fortunate to have some wonderful green garments and accessories. In honor of both St. Patrick's Day and Pantone's color of the year, today's post features an emerald green silk bonnet from the late 19th century. Want to see another emerald garment from our collection? Revisit our post on James Galanos' vivid 1950s cocktail dress. 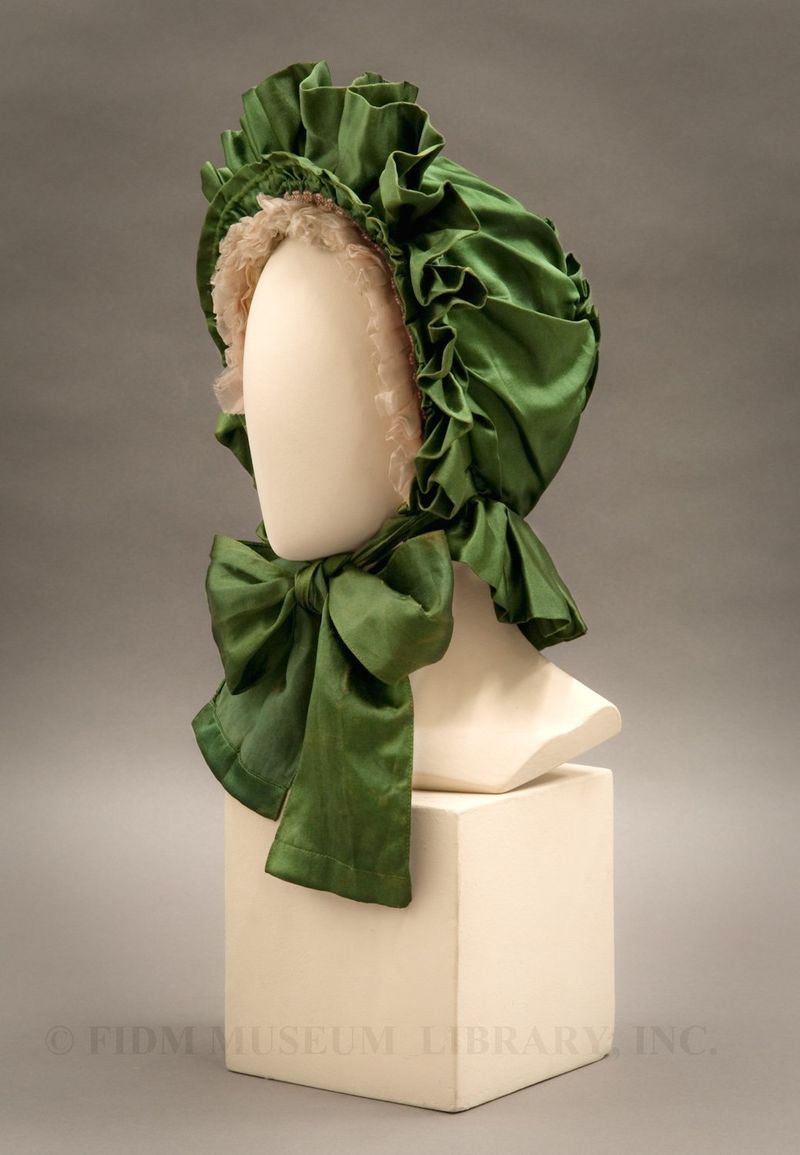 Kate Greenaway (1846-1901) was a British watercolorist and children's author known for her illustrations of women and children wearing quaint, old-fashioned clothing. Greenaway's illustrations were nostalgic, referencing an imagined pastoral past and an idealized childhood. Mothers and daughters wear stylized 18th century hooped gowns or high-waisted Empire dresses tied with broad sashes and accessorized with poke bonnets. Boys wear one-piece "skeleton" suits and flat pork pie hats. Her characters inhabit an idyllic world of childhood and are often shown frolicking in the countryside or having tea parties. This emerald green bonnet is similar to one Kate Greenaway featured in Under the Window, Pictures and Rhymes for Children (1878).

Greenaway was both prolific and influential. During her career, she wrote and illustrated more than 50 books for children, including works of literature, poetry, almanacs, and calendars. Greenaway's illustrations of historicized garments were so popular that attempts were made to translate them from the page to reality. Liberty, the London department store associated with the Aesthetic dress movement, began manufacturing a line of children's clothing inspired by Kate Greenaway's illustrations. These Greenaway-inspired garments aligned with Liberty's aesthetic, which was also based on historicism. They offered children, and their parents, an opportunity to inhabit the gentle world portrayed in the author's many books. To get a better sense of Kate Greenaway's illustration style, peruse a selection of her books here. 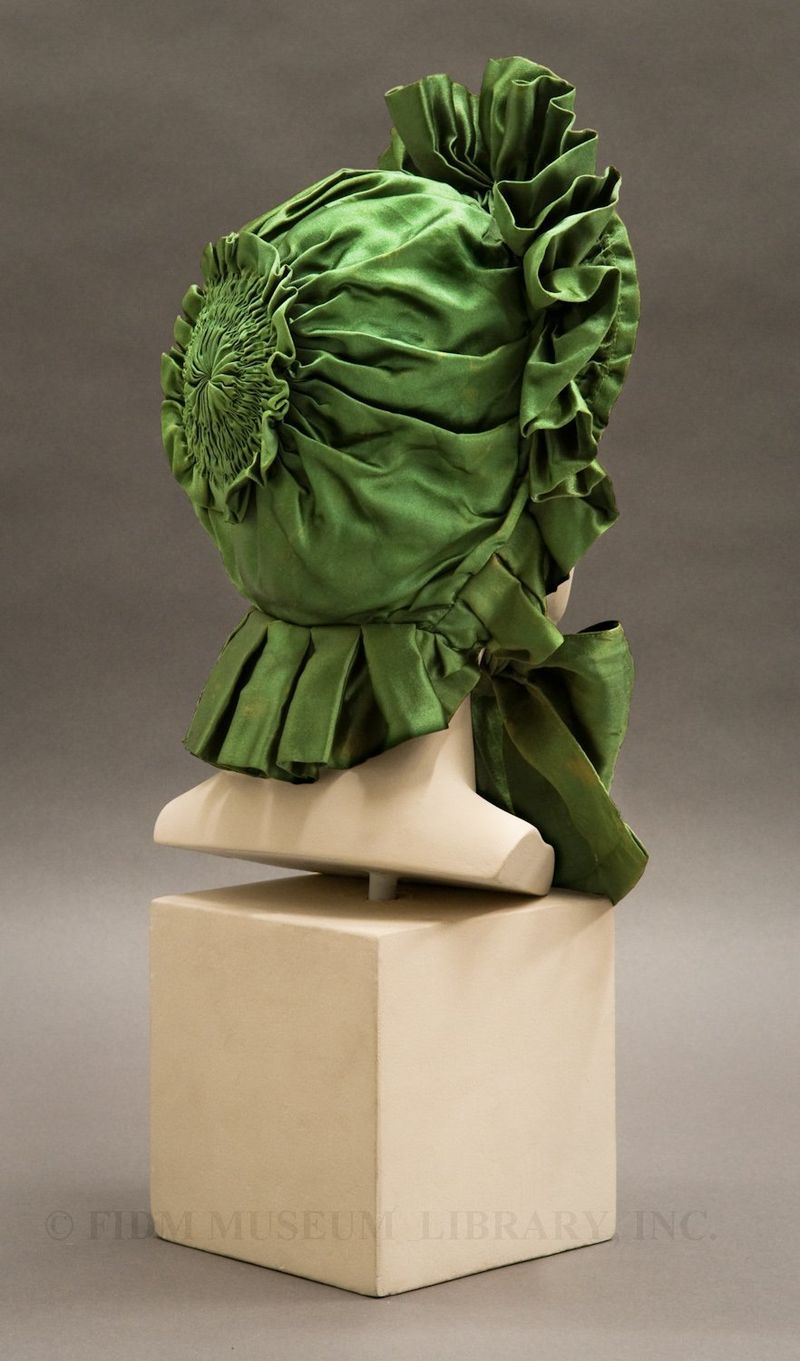